A pensioner trapped in the woods has hailed her own ‘Lassie’ dog a hero for an incredible rescue that saved her life.

Heroic border collie Bonnie sprung into action after her owner Val Smith, 75, got tangled up in brambles after getting lost deep in the woods during a walk.

Fearing her screams for help would never be heard from such an isolated position, Val says she was saved when her quick-thinking pooch acted on natural instincts and raced to get help.

Val feared she’d lost Bonnie forever when he raced off, but what happened next would not have looked out of place in an episode of Lassie.

Bonnie encountered two local teachers from a local primary school who happened to be out walking – who sensed something was wrong as soon as they saw her.

They followed the dog for around 500 yards, down several winding paths, before leading them to Val – who was astonished her beloved pet had returned – and with help in tow.

Val said she had been out for the day walking in Widey Woods in Plymouth, Devon, when she took a few wrong turns, ended up on a different path and got overwhelmed by thick, gnarly shrubs.

Stressed disorientated and lost, Val didn’t know what to do.

And the panic set in further as she watched eight year old Bonnie race off out of sight – while her other dog Snoopy circled in distress.

Val, of Plymouth, said: “When my collie vanished I thought, “oh God, someone will pinch her.”

“But then after a while I heard some voices.

“I tried to break away at the branches that were all tied up around me.

“(The people that came to save me) said they saw a collie run along towards them on their own, and that they thought it was strange.

“She was beckoning for them to come with her.

“So they followed her; 500 yards or so and then they heard this cracking noise, and could hear me through the brambles.

“They then got me out, took me home and gave me a nice cup of tea and some biscuits.” 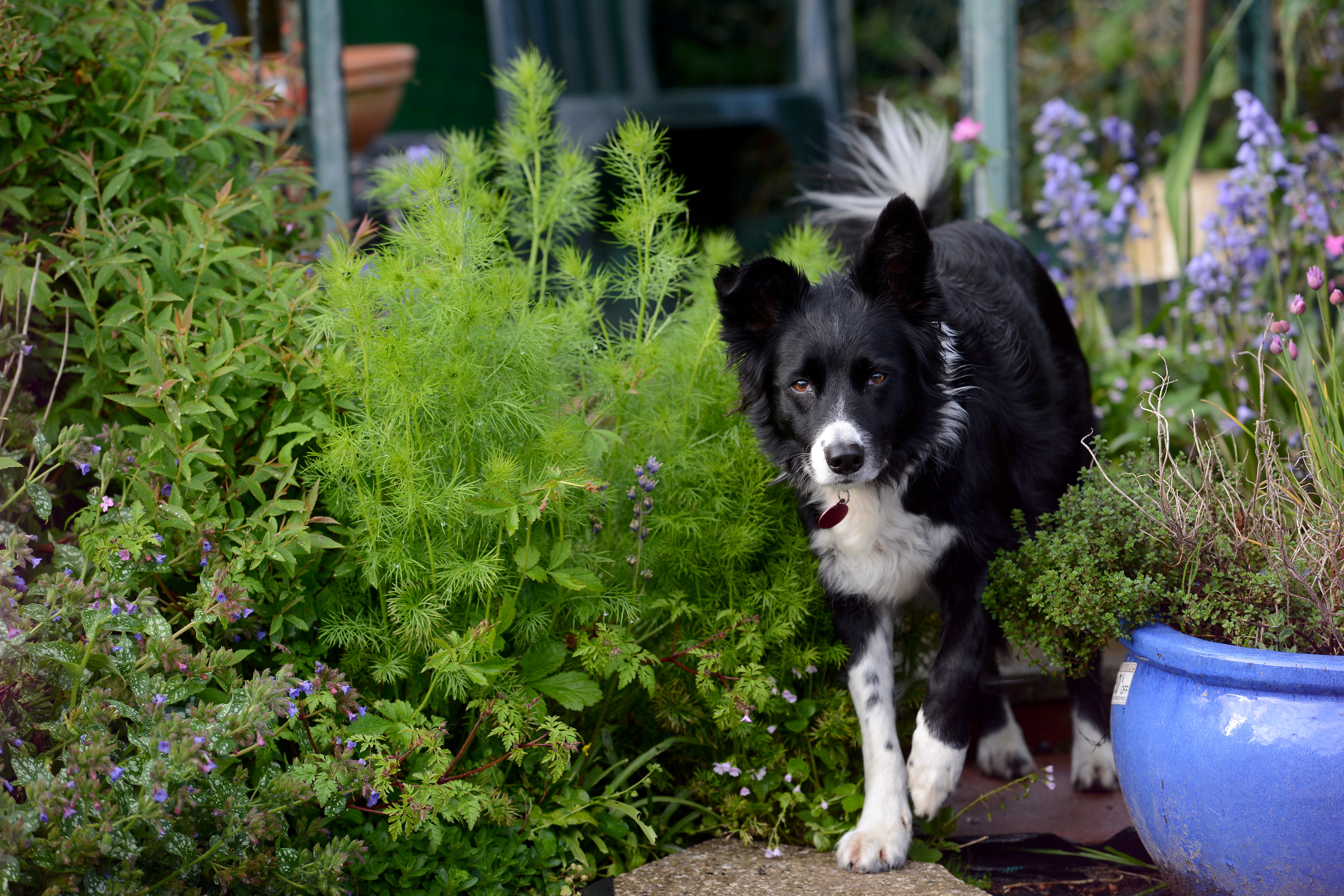 Val sadly didn’t grab the names of the teachers who saved her.

But she’s overwhelmed by what they did, not to mention astonished by the heroic actions of her dog.

Now recovering from her ordeal at home, Val said she’d love to track back down the teachers who raced to her aid and felt astonished by her dog’s loyalty.

“I feels that she loves me,” she said.

“She didn’t just run off anywhere and sit down; she went to get someone, and to think it was quite far away from anywhere as well.”