Peter Gouldstone, the 98 year-old pensioner who was attacked in his home and is now fighting for his life in hospital.

A 98-year-old pensioner is fighting for his life today after being attacked and robbed by callous burglars in a “senseless” attack.

Police say the frail OAP was found with multiple “serious injuries” following the “brutal” and “senseless” attack at his home in Enfield, north London, on Tuesday morning.

He sustained “multiple bruising” to his body as well as a head injury, and was rushed to an east London Hospital where he remains in a “life threatening” condition.

Police say the thugs – who stole a TV and other items – used “excessive” violence.

They are appealing for witnesses and information.

Detective Inspector Paul Ridley, of the Met’s North Area CID, said: “This was a brutal and senseless attack on a vulnerable pensioner in his own home.

“The level of violence used was completely excessive.

“From our inquiries we have established that the victim was spoken to by a family member on the telephone on Monday November 5th at 2pm and had not raised any concerns.

“We are therefore confident, the attack has taken place in the 20-hour window between then, possible Bonfire Night, to when he was discovered.” 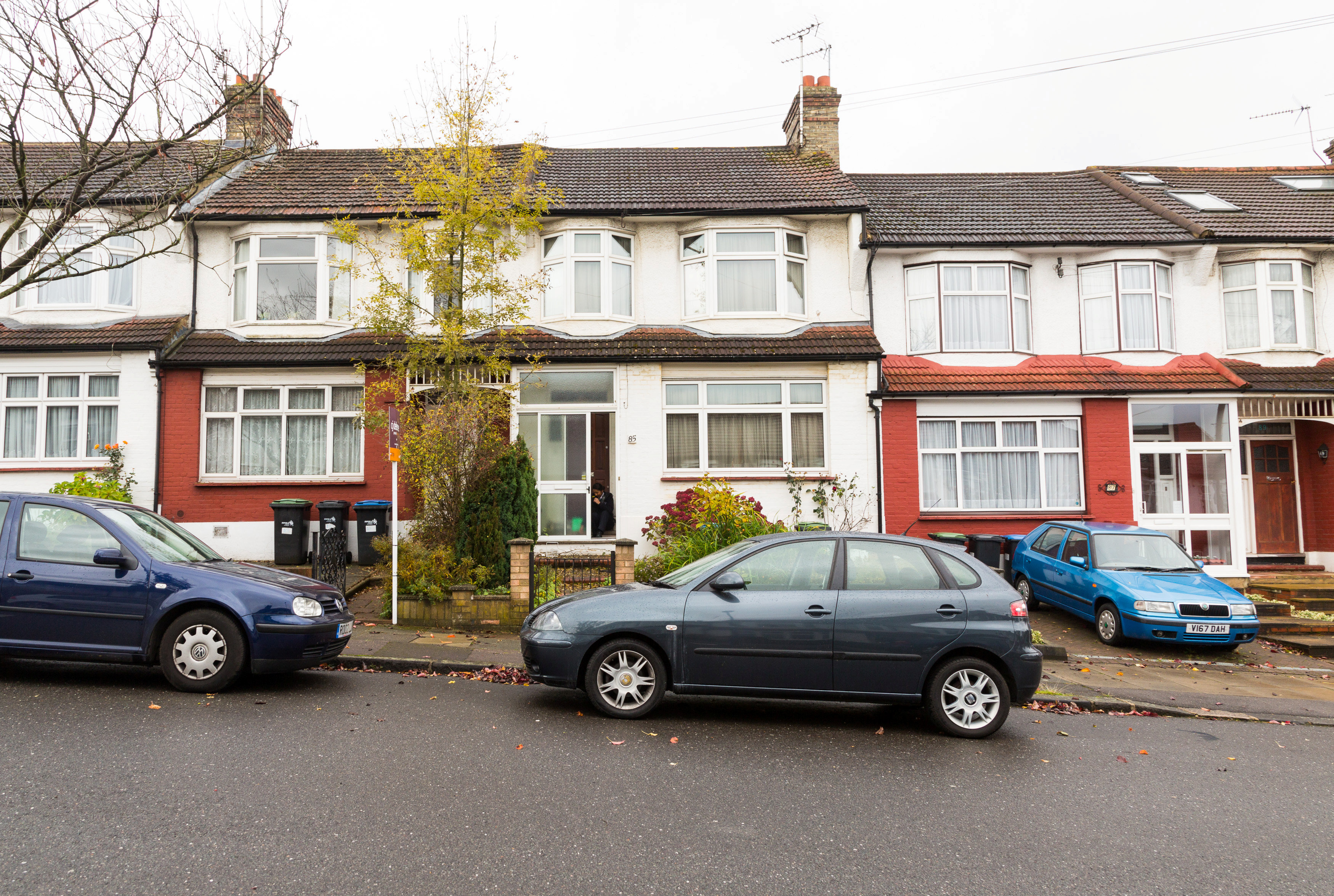 He added: “I would urge any members of the public that may have seen any persons acting suspiciously in the vicinity of Evesham Road, Enfield, to come forward to my investigation team as a priority.

“I can reassure residents that patrols have been stepped up in the area and extensive efforts are being made to identify and apprehend the persons responsible.”

He said officers found evidence of a disturbance in the house, and a number of items were missing including a Toshiba television and other personal belongings.

DI Ridley added: “No arrests have been made. Enquiries are ongoing.” 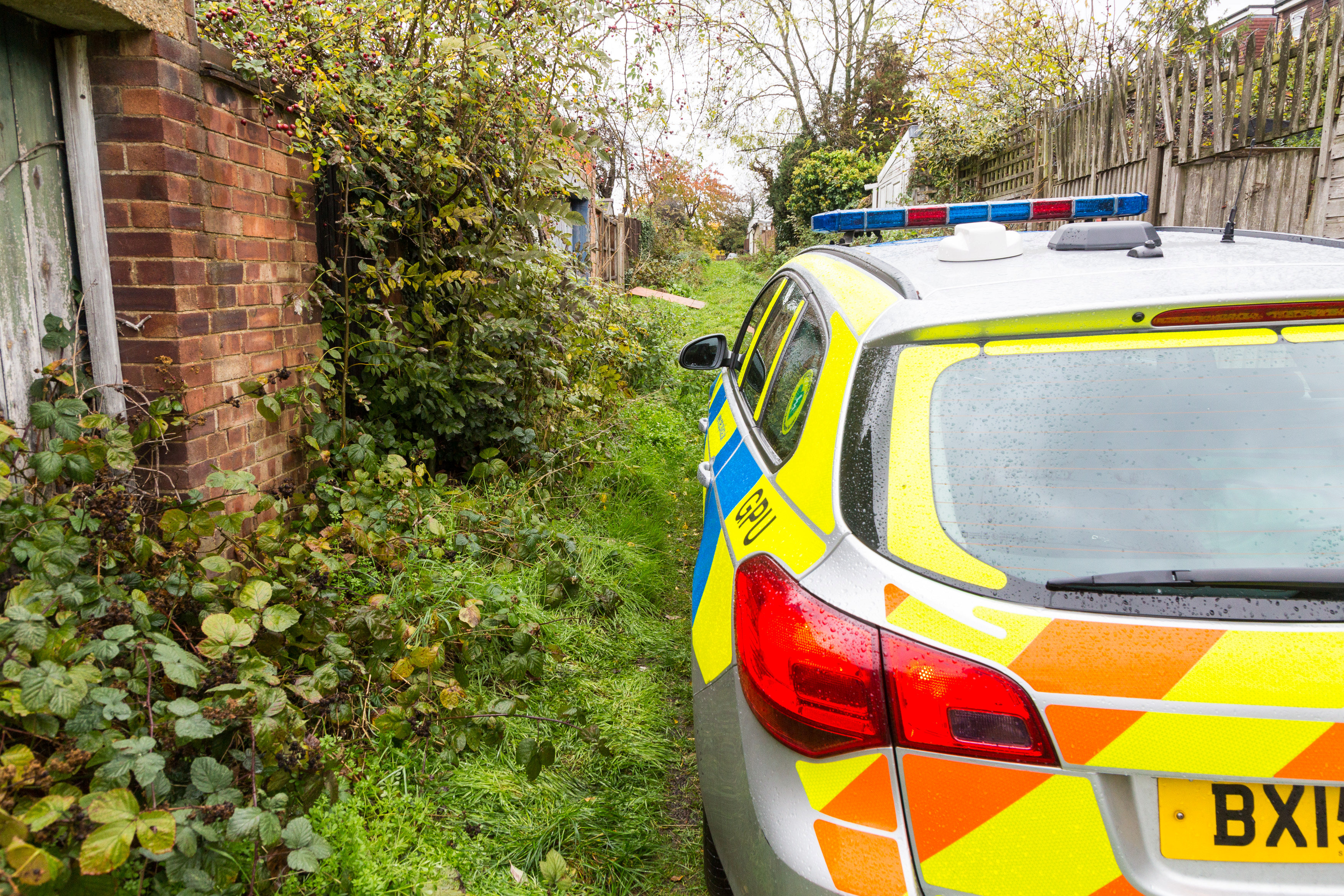 Neighbours of a 98-year-old left fighting for his life after being savagely beaten by intruders during a “senseless” raid said the area was a “burglary blackspot”.

One resident living in the same street as the victim, named locally as Peter Gouldstone, said they had been burgled six times in the last 10 years.

Police believe Mr Gouldtone was attacked at his home in Enfield, north London, on Bonfire Night.

He was rushed to hospital, where he remains in a “critical” condition, after being found with a catalogue of injuries, including one to the head, on Tuesday morning

Some local residents were too scared to comment amid fears of repercussions.

But one said whoever was behind the attack may have used the alleyway behind Mr Gouldstone’s house to gain entry to the property.

The neighbour said: “There’s no light behind there so people can slip through into people’s gardens.”

A police car and cordon have blocked off the space behind Mr Gouldstone’s house.

One neighbour said his house had been burgled six times in the last 10 years.

Khalid Mahmood, 42, added: “The police didn’t catch anyone – they even took out clothes away for forensics.

“It’s bad, I do feel unsafe – I’m here with three kids and my wife.

“My next door neighbour was 92-years-old – she was burgled twice leading up to her death four years ago.

“The poor woman would not stop shaking, she lived on her home and she was in fear of another break in.

“These things are something you’ve come to expect.”

A witness of the aftermath said: “I was just driving past the end of the road last night and I saw a forensics van.

“They seem to he taking this pretty seriously – there are quite a few elderly people on the road.”

Former print maker Len Steiner, 85, who has lived on the street for 70 years, said: “I haven’t seen Peter for the past four years – he never left the house.

“I’ve had break-ins before; it’s a fairly common thing around here.”

The shocked son of a 98-year-old war veteran told how he found his badly beaten father “bleeding from his head” on his bedroom floor after being attacked by burglars.

Simon Gouldstone, 67, said his “semi-conscious” father was bleeding, covered in bruises and unable to move.

Police have said that ‘one or two’ people entered the house of Peter Gouldstone in Bounds Green, north London, through the back garden, before making off with a 26-inch TV.

Simon said: “A member of the public tipped me off and I rushed over there.

“I had a key for my dad‘s house, but I had to force it open as there was a chain

“I smelt a fish: the place was so cold and quiet – then I found my dad lying on the floor beside his bed.

“His TV was gone and the place was a mess – he was semi-conscious and he couldn’t speak or move, he was clearly agitated.

“It was clear he had been beaten badly, he had bruises everywhere and was bleeding from his head.

“I called the police and they were there in minutes – I am thankful for them and the ambulance service.”

Simon said that his dad is a former postal worker who served in Italy during the Second World War.

He is one of two siblings and his mother Joan passed away in 2013 – making his father a widower.

Simon added: “My father has always been supportive, he was a peaceful and supportive person.

“I hope that he can make it out of hospital.”

Met Detective Inspector Paul Ridley said: “This was a callous and despicable attack and we are desperate to catch them.

“We believe one or two peopled entered the house and attacked Mr Gouldstone – from his injuries we believe that he was dragged through the house.

“They made off with a black 26 inch Panasonic TV – the level of violence was completely excessive.

“It was only due to a member of the public that our alarm was raised – otherwise things could’ve been different.

“We are doing everything in our power to further this investigation, no arrests have been made at this point and the house remains on lockdown.”

Dubai emerges as a top destination to invest in property worldwide