This is the moment an artist stripped down to his underpants and dived from a 20ft bridge into a river to save a fellow painter’s masterpiece.

John Behm, 62, was competing in an open-air painting event in Norwich, Norfolk yesterday evening (tue) when the disaster struck.

The architectural designer was walking to Fye Bridge after finishing his own work when he saw one of his competitor’s easels tumble into the water.

Throwing off his smock, the American painter plunged into the River Wensum to save the landscape from destruction.

He said: “I peaked over the parapet of the bridge and saw the easel and the painting. It was drifting down the river.

“Sometimes there’s something in front of you that has to be done so you do it.

“I shed my trousers, painter’s smock and all, put my glasses on my shoes, climbed on the wall and dived in.

“I got to the easel, gave it my best life-saving grip and brought it up.” 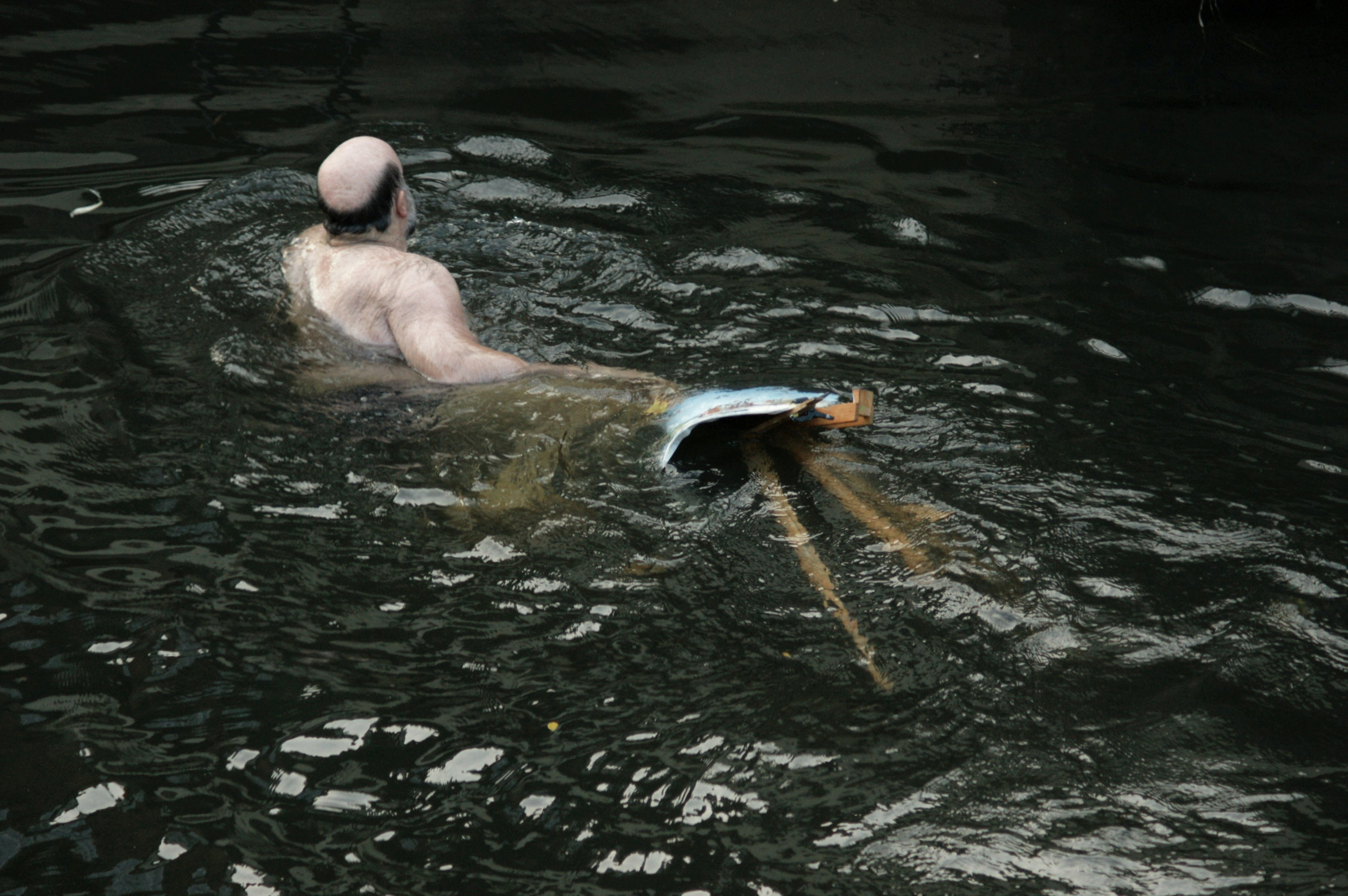 As the father-of-four hauled the sodden canvas onto the bank, a large crowd that had gathered on the bridge reportedly broke into applause.

John, from Tasburgh, Norfolk said: “It came as a surprise for me to realise I was just in my sopping wet pants in front of all those people, but it was fun.”

He added: “They say artists are willing to suffer for their art. I did get a bit of a gash on my calf as I swung my leg over the parapet. So I suffered for my friend’s art.” 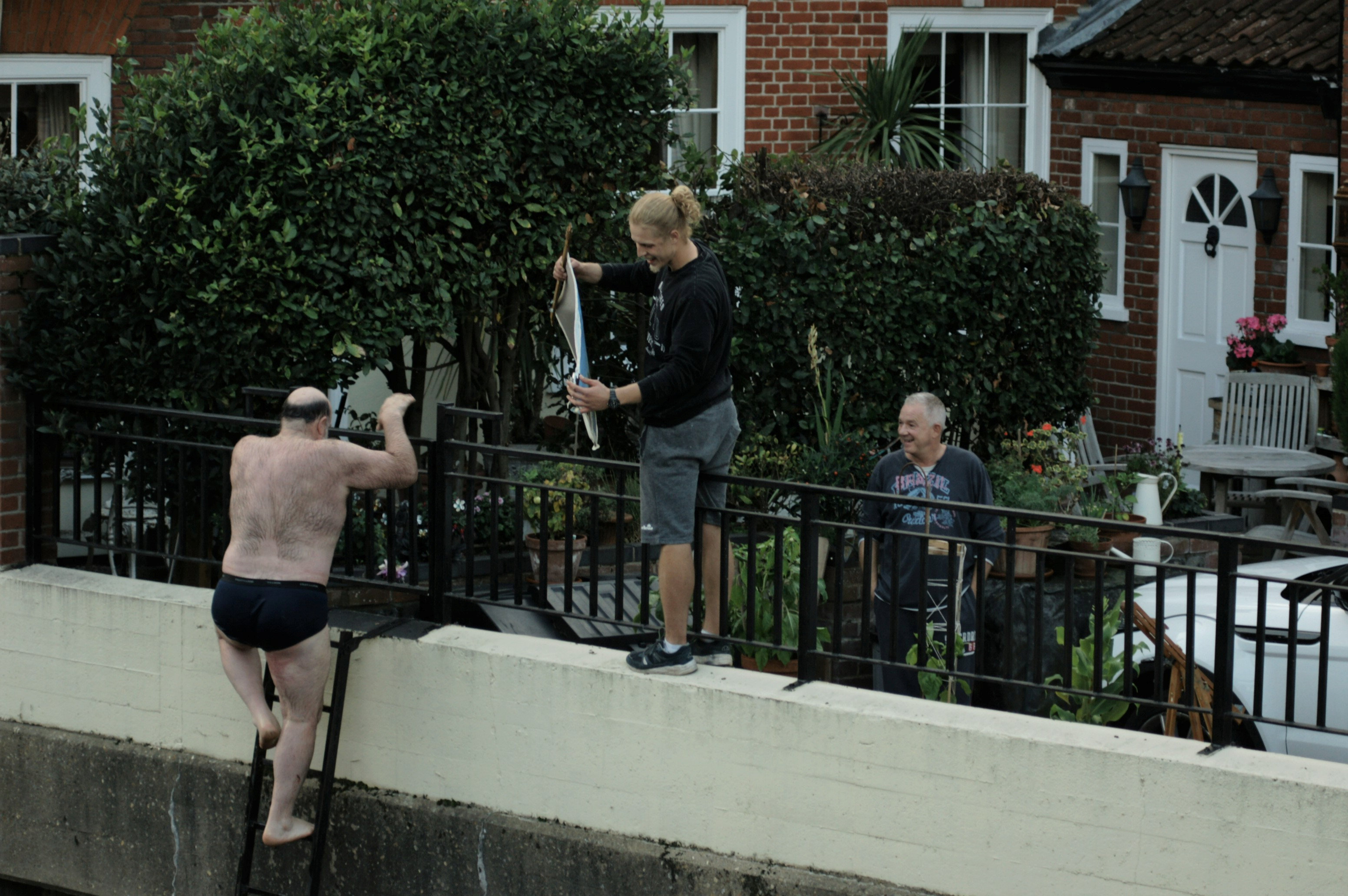 The watercolour and gouache landscape belonged to James Colman, founder of Paint Out.

The event – now in its fifth year – sees dozens of artists gather in various towns and cities to complete works outdoors.

James denied rumours he had deliberately knocked the piece in the water due to dissatisfaction with his work, adding: “It was an accident honestly.”

John said: “I made him promise to let it dry out and save it. I didn’t go to all that effort for him to throw it away.”