Neil McDonald discovered the Golden Wonder crisp packet on the beach in Gullane in East Lothian after 50 years of being buried beneath the dunes.

A beach walker was stunned after finding a packet of Golden Wonder crisps – dating back to 1967.

Neil McDonald, 42, found the ready salted snack on Gullane beach in East Lothian earlier this week during a cleanup.

The 50-year-old packet, which was priced at 4d, has a promotion to enter a competition to win a Triumph estate car – a classic car of the time.

The snack wrapper has survived half a century in the sand and Neil was shocked that it had remained in such good condition.

A packet of the popular crisps cost around 60p today. 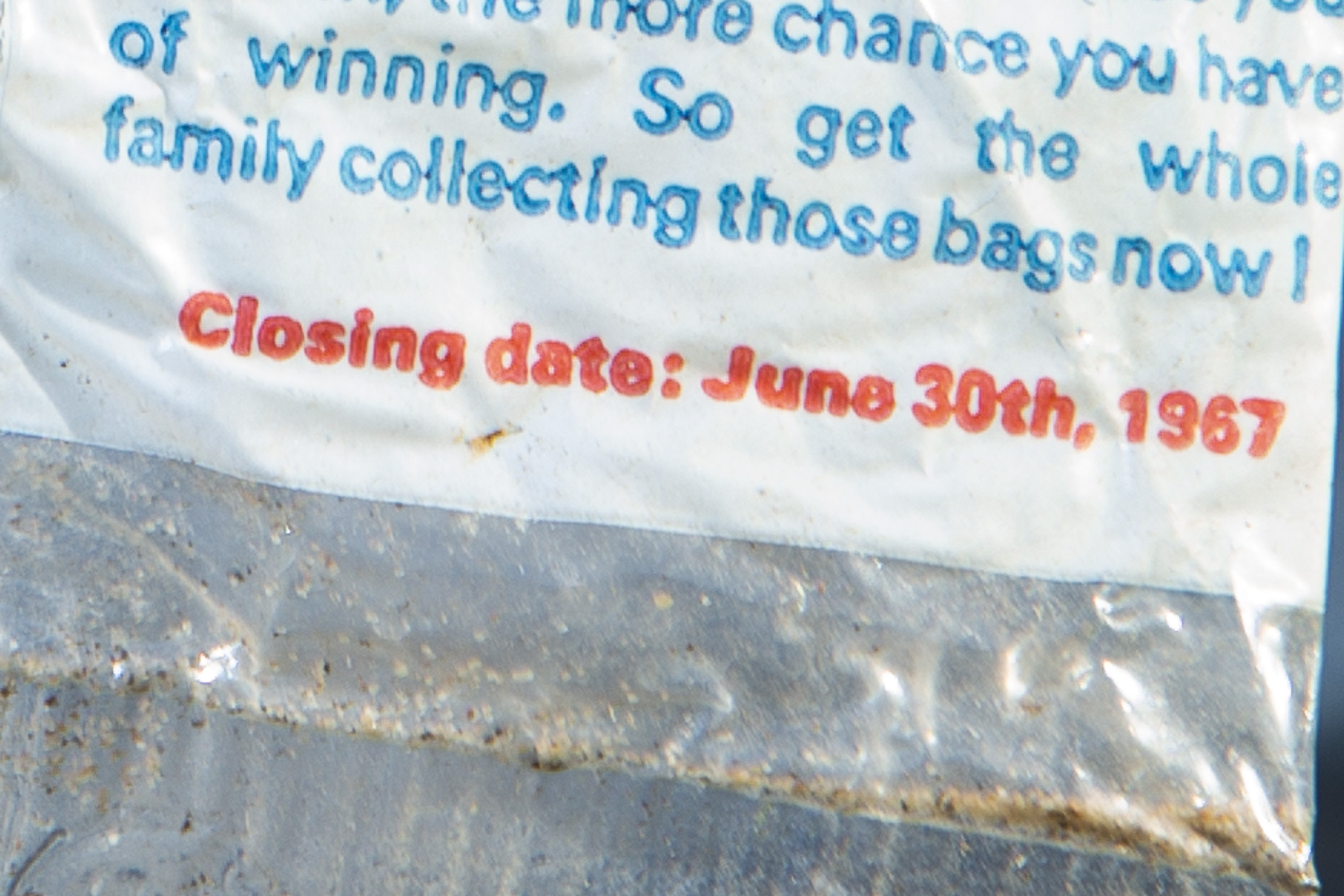 The company Golden Wonder had only been founded 20 years prior to this crisp packet being made when the famous British brand was started in Edinburgh in 1947.

This vintage crisp packet could also fetch Neil some cash, with old Walkers crisp packets from the 1980’s being auctioned on eBay for more than £600.

Teacher’s drunk driving captured by her own dashcam