International Animal Rescue with Mama Ris and Baby Riska the orangutans after they were saved in West Borneo, Indonesia.

These heartwarming pictures show a baby orangutan hugging its mum after conservationists saved the pair from a potentially “deadly” encounter with local farmers.

Mama Ris and baby Riska were searching for food after deforestation and devastating fires had destroyed vast swathes of the forest where they were living.

As a result, the primates were in danger of coming into conflict with local farmers on a plantation in the Ketapang district of Indonesian Borneo.

A team from International Animal Rescue (IAR) tracked down the mother and child so they could take them back to their jungle home.

Pictures show the two apes in a safety net after being sedated by the rescue team, who can be seen carrying out medical examinations on the animals.

As they regain consciousness, baby Riska hugs its mother and then lies on her belly, seemingly content.

Finding the pair in good health, the conservationists carry the orangutans back to the protected forest of Sentap Kancang.

IAR chief executive Alan Knight OBE said: “I applaud everyone involved in the successful translocation of this mother and baby out of harm’s way and into a safe, protected forest.

“In the past we have witnessed the often deadly outcome of human-orangutan encounters and that is why we are forced to step in whenever such a potentially dangerous situation arises.”

According to IAR, visits from orangutans have increased in the area as more land is cleared, particularly since the fires in 2015.

The blazes left the forest fragmented, isolating individual orangutans in areas where there isn’t enough food to sustain them.

He added: “There was very little food available and so there was a high risk that the orangutans would end up looking for food on people’s farmland and in their gardens.” 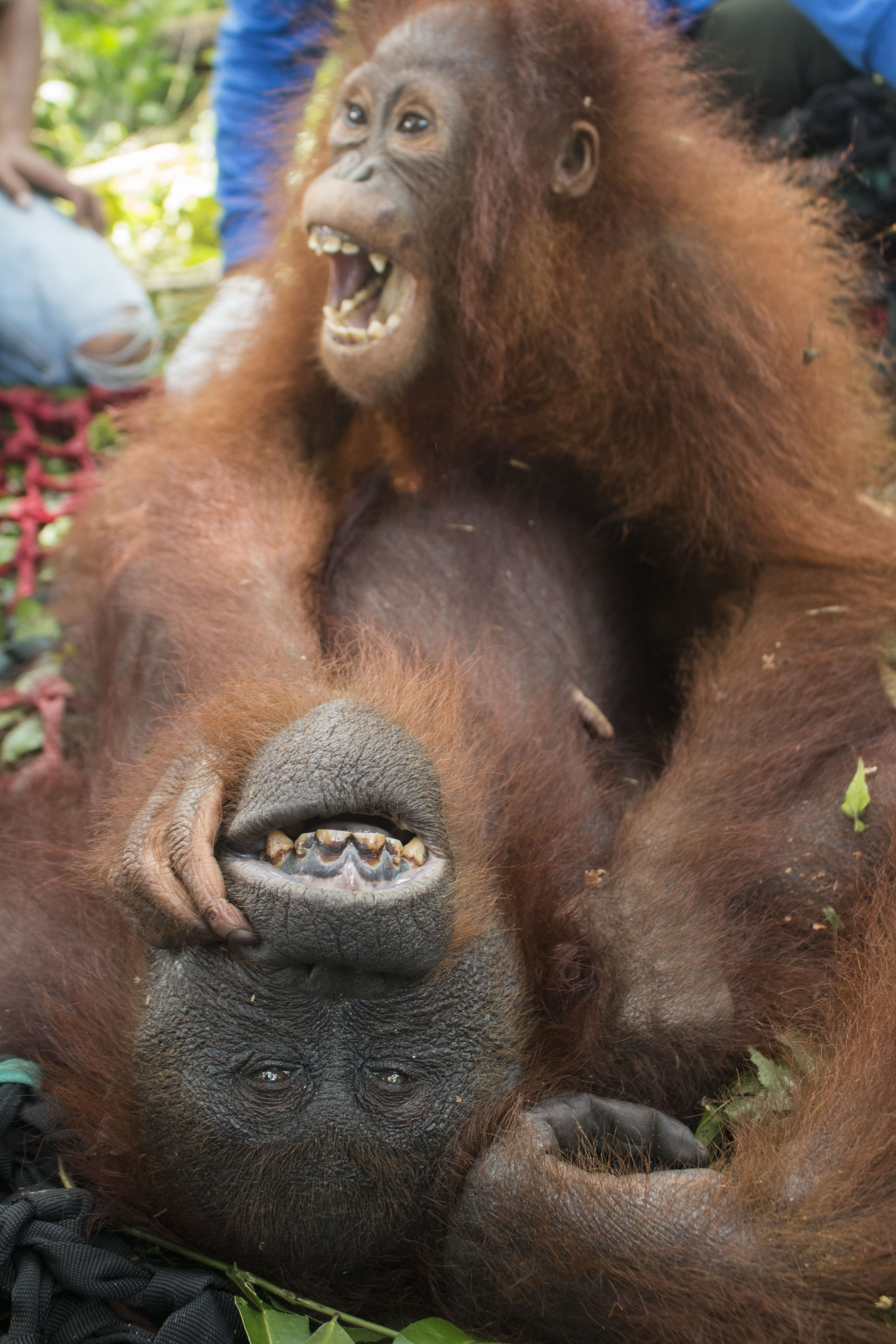 “This increases the risk of conflict between them. If there is conflict, sadly both humans and orangutans will suffer losses.

“Regrettably this kind of translocation is only a temporary solution and does not prevent similar cases happening in future.

“The real solution is to look at how we and all citizens and all stakeholders, including companies and industries, can work together to stop deforestation and land degradation.

“Our hope is that people and orangutans can live side by side without harming each other.”

Family forced into poverty after their bank froze all their accounts – when an error left them £1.5 MILLION overdrawn

Family forced into poverty after their bank froze all their accounts - when an error left them £1.5 MILLION overdrawn