by Robert Knight
in News
0

One in three Brits are so stressed at work they have checked their emails in the middle of the night, a study has found.

A third of all Brits are so stressed at work they have checked their emails in the middle of the night, a study has found.

Researchers polled 2,000 adults and found 79 per cent struggle to switch off at bedtime and leave the stress of work and their daily life behind them.

More than half even often wake suddenly in the night with thoughts of work and other worries – an average of four times a week or an incredible 215 times a year.

The same number revealed they toss and turn in the night while 69 per cent regularly suffer nightmares – especially during times of anxiety.

Four in 10 of those said the bad dreams also have recurring themes – with ‘being chased’, falling and social embarrassment the most common.

Commissioned by eve Sleep, in partnership with the charity Mental Health UK to coincide with Mental Health Awareness Week, the research also found 83 per cent feel stress directly affects their ability to have a good night’s sleep.

Jas Bagniewski, co-founder and CEO of eve Sleep, who are donating £5 of every mattress sale to Mental Health UK until May 20th, said: “We wanted to look into the link between your mental wellbeing and your sleep.

“This research clearly shows that once the lights go out, not many Brits are sleeping easy.

“Our aim at eve is to create beautiful products that help you sleep better – but it’s important to acknowledge that even with the best mattress in the world, there’s a lot more to consider if you’re going to have a restful night.” 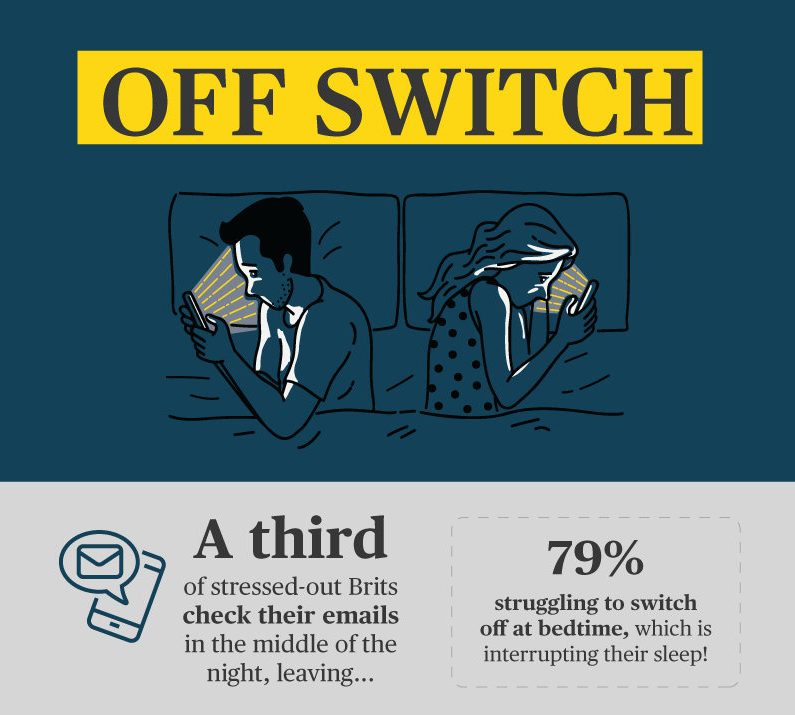 Frustratingly for three quarters of the nation, bedtime is usually when their fears and worries come to the fore.

Family worries were found to be the problem most likely to keep us up at night, followed by financial concerns and relationship issues.

Unsurprisingly, the most common knock-on effect is tiredness, however being less productive, extra-snappy and feeling more emotional are often experienced as a result.

Twenty per cent have been so tired after an anxiety-ridden bad night’s kip, they have been forced to take a day off work – although two thirds haven’t revealed the reason why to their employer. 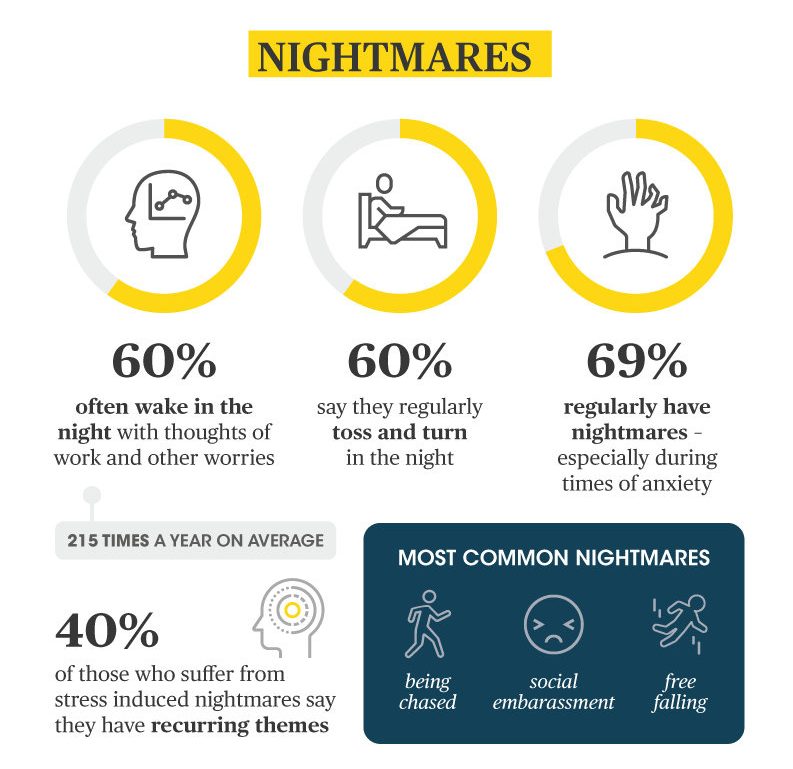 But more than half of the population said periods of stress not only affect their own sleep but that of their partner too.

Amid this, one third of us said bedtime is when they typically open up to their other half about what’s on their mind. 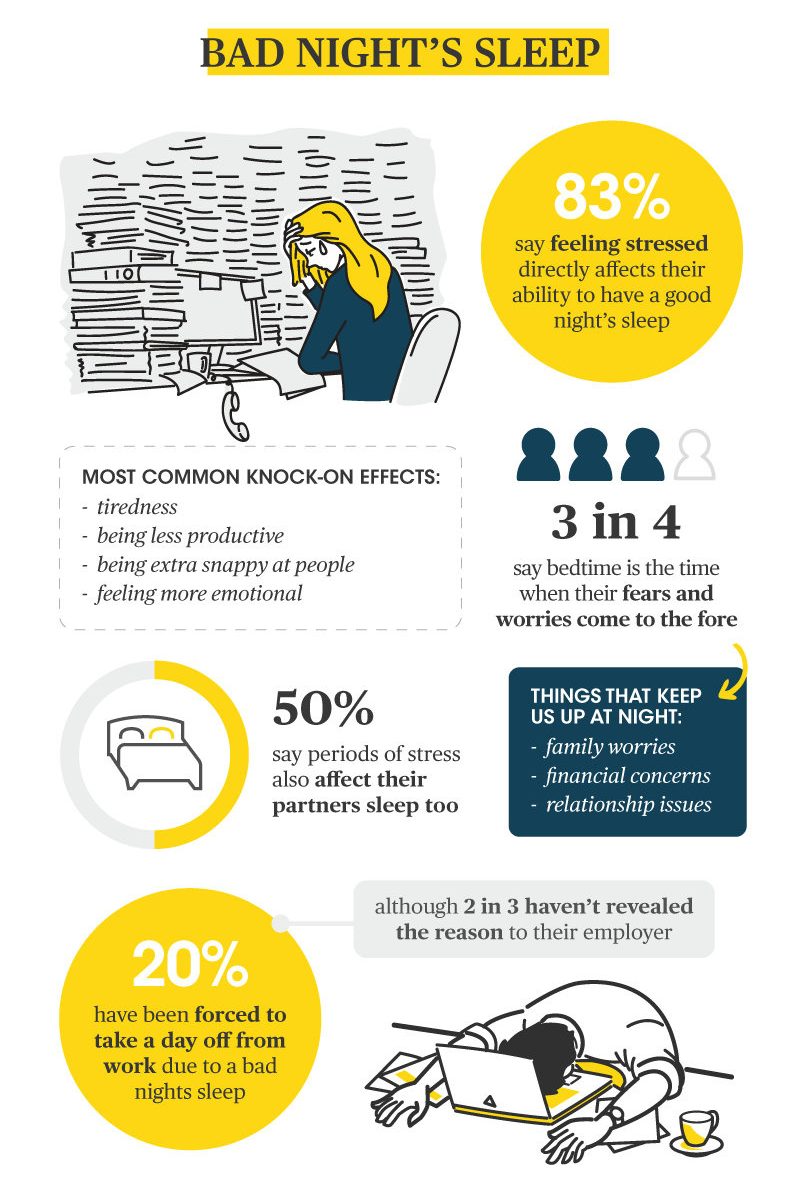 In fact, for 43 per cent this is the time their partner is most receptive to talking things through, with work woes, health concerns and relationship issues among the most common ‘pillow talk’ topics. 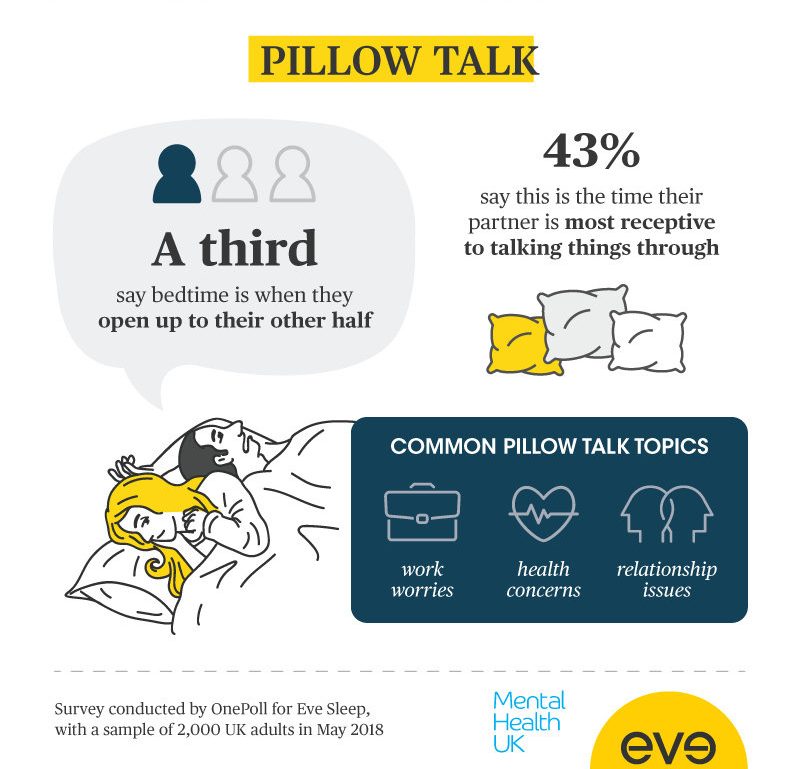 James Fletcher, Head of Corporate Partnerships for Mental Health UK (mentalhealth-uk.org), added: “Stress is the theme of this year’s Mental Health Awareness Week, and this research very clearly shows the impact stress is having on how we sleep, particularly as a result of work situations.

“This year we want to help both managers and employees to manage stress and build resilience in the workplace so we hope partnerships like this one with eve, can go some way towards starting, and giving momentum to, this important conversation.”

For more information and to see the survey results in full, click here.

Shaping Up This Summer: Average Brit will go on a health kick precisely 53 days before their summer hols

Wallaby On The Loose In The UK

Wallaby On The Loose In The UK