by Isabel Dobinson
in News
0

The abandoned baby found by police in a park area near Roman Road in east London on Thursday January 31 2019.

A baby girl abandoned in the heavy snow has been named Roman – after the street she was found in.

The tiny newborn was discovered in a shopping bag next to a park bench in a deserted playground late last night (Thurs).

She was left in freezing temperatures wrapped in a towel in the bag.

According to police, a woman walking her dog past the play area in Newham, east London was alerted to the shivering baby when she heard her cries at 10.15pm.

A 42-year-old mother living opposite the empty playground said: “I saw the ambulance and police arrive and paramedics running and holding a baby wrapped in a towel.

“At first I thought it was a stabbing and I was terrified. I was the only one in the house with my baby.

“They blocked off the whole area.

“It was freezing. It was snowing really heavily.”

“It is really upsetting. She didn’t have to leave the baby in the snow and cold, she could have left her on my doorstep and rang the bell.”

A 72-year-old grandmother added: “My neighbour thinks the poor woman might have given birth there.

“I really feel for her. She must have been so distressed and she did the best she could.

“She will have known the playground gets busy and someone will have found her.” 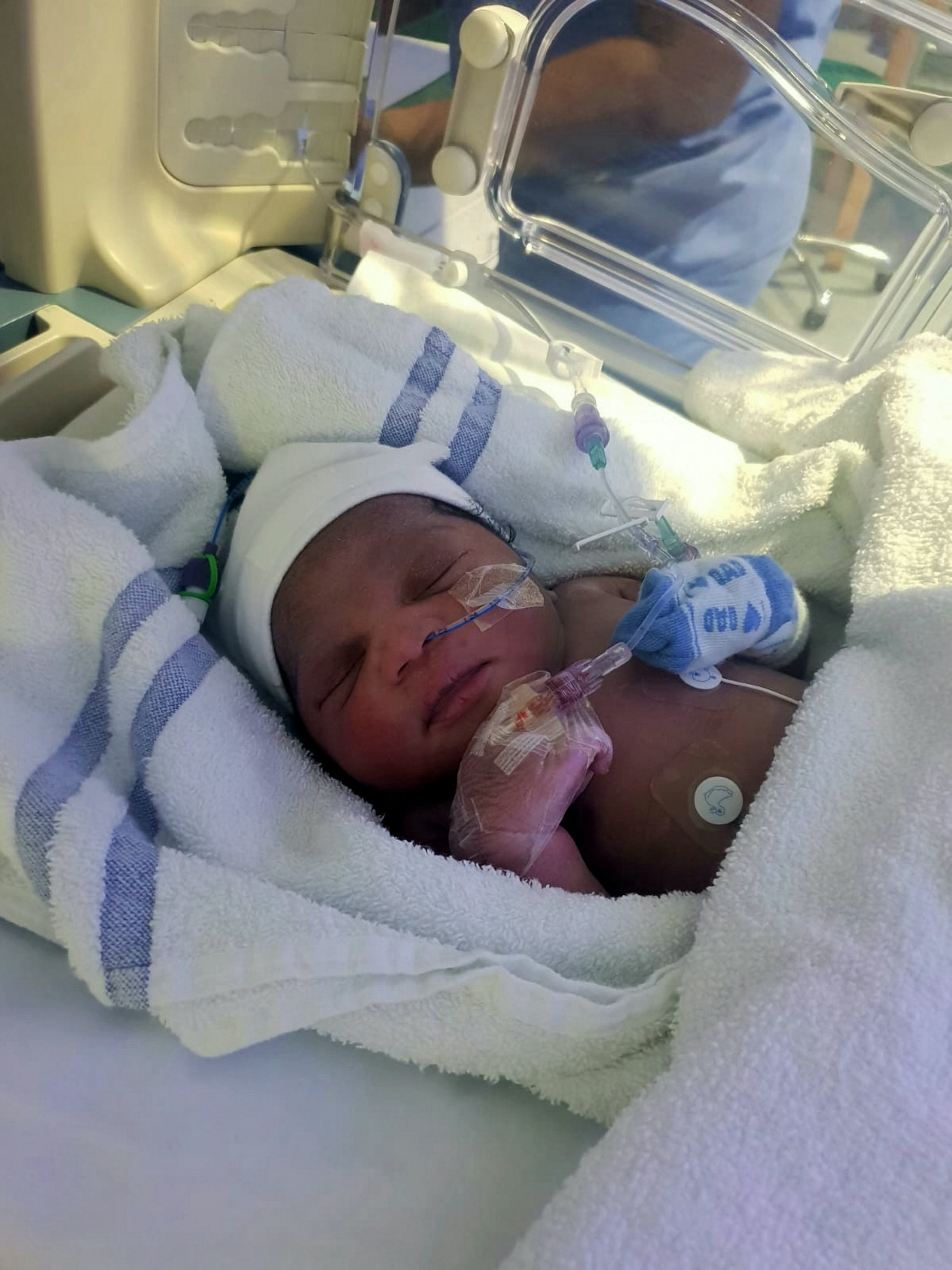 Police confirmed that the baby girl is recovering in an east London hospital and her condition is now stable.

A police spokesman said “She has been unofficially referred to as ‘Roman’ after the road where she was found, a small children’ play area on Roman Road

“The child was discovered by a woman walking her dog with her children after she heard the child cry.

“When found they alerted the emergency services immediately. There were no other people present.

“She was found next to a park bench, not hidden. The child was discovered in a shopping bag in a white towel on the floor.”

Shane Clarke of the north east command unit said: “We are growing increasingly concerned for your welfare and I urge you to make contact either with police, your local hospital or GP surgery. It is really important that we know that you are safe.

“I would also urge anyone who has information that could help us to reunite this baby with her mother to come forward.”

A baby girl abandoned in a deserted playground in the snow was only just 30-minutes-old when she was found last night.

The newborn still had her umbilical cord attached when a passing dog walker heard her crying from a plastic bag left on the ground near a park bench.

Georgina Player, 26, who lives around the corner from the play area in East Ham said: “The police came knocking at midnight to tell us what happened.

“They said she was only 30-minutes-old when she was found – she even still had her umbilical cord.

“She’s at Newham Hospital and I’m going to go there this afternoon to drop some things off for her – babygrows, milk, anything.

“I feel so bad for the little thing.

“She was left in a towel and plastic bag on the ground, next to the bench – not even on it.

“The police had sniffer dogs trying to find a blood trial but they couldn’t, which makes me ask how she left in that state.

“Although it was dark, a lot of people pass through here. You have to walk past to get to the buses.

“I wish she knocked on the door for help but I think she knew someone would find the baby.”

Slwek Pelka, 47, was walking his German shepherd through the play area just 15 minutes before the baby was found.

He said: “It’s crazy to think I was there just before, it was totally empty apart from a man sitting on the bench.

“When the police and ambulance came, I thought maybe he had died.

“It was very cold and snowing.”

Walter and Veronica Carvell aged 90 and 82 have lived on Saxon Road for 53 years added: “We’ve never heard of anything like it, it’s so upsetting.

“A mother must have been desperate to have done that.”

Is 2019 The Year You Finally Take an Ancestry DNA Test?