Naturist dubbed the ‘Naked Carpenter’ for doing up his house in the buff, exposed himself to customers while working as s delivery driver

A naturist, dubbed the ‘Naked Carpenter’ for doing up his house in the buff, exposed himself while working as a delivery driver – and walked through a shopping centre in clear trousers.

Robert Jenner, an ex-soldier and self-styled naturist, insisted his daring actions have never left anyone “alarmed or shocked” – despite walking past a playground with his manhood in clear view.

But the 43-year-old was convicted of ten counts of indecent exposure at Canterbury Crown Court.

But the court decided he should be punished for ‘going commando’ and was found guilty of ten offences, after an 11th charge was dropped.

He is due to be sentenced later this week.

The serial stripper, of Snodland, Kent, delivered parcels for nationwide courier service Hermes while he wore trousers with a hole cut out of the crotch.

But he failed to convince the court that customers found his crotchless trousers amusing.

Dressed in a smart black suit, white shirt and tie, Jenner said: “Most people are indifferent.

“Some are bemused and laughing and joking.

“I can’t think of a time when someone was alarmed or shocked.”

It was revealed that Jenner, who took part in naturist trips to Alton Towers and naked bike rides, had previously appeared in court accused of similar offences.

But in February 2017, he was acquitted of 13 allegations after a jury decided his freedom of expression outweighed any alarm caused.

The court heard two years ago that the Iraq War veteran was arrested four times in just two months after police were repeatedly called to his home.

One witness described being so disgusted when he saw Jenner bend over while mixing cement that he called 999.

Another said he marched up to Jenner’s door and demanded he leave the house after he spotted the naturist leaning on a rake.

Jenner reportedly chose the naked life after he stumbled across a secluded beach while on holiday on Cyprus 20 years ago.

When asked today if he was a naturist, he said: “To me naturism means being open.”

Jenner worked in Kent as a delivery driver for parcel giant Hermes when he allegedly exposed himself to passers-by, including a schoolgirl and a pregnant woman.

The teenager, now 15, gave evidence in court by a video link last week.

She said she felt “uncomfortable” when she saw Jenner walking down a narrow alleyway on her way to a hairdressing appointment – with his penis exposed.

She said: “I was wearing my school uniform and I was 14-years-old at the time.

“It was spitting with rain, but it was daytime.

“I went towards an alleyway, which is about five metes long.

“The first bit where I saw the man there was only room for one person to walk passed.

“I could see a man walking through the alleyway towards me. I waited there.

“I looked to see who it was. He had his penis out of his trousers.

“It was coming out through a hole.

“I looked away and walked away. He didn’t speak and nor did I.

“He was six foot, with blackish-brownish shortish hair. He was wearing blue jeans. He was in his 40s.” 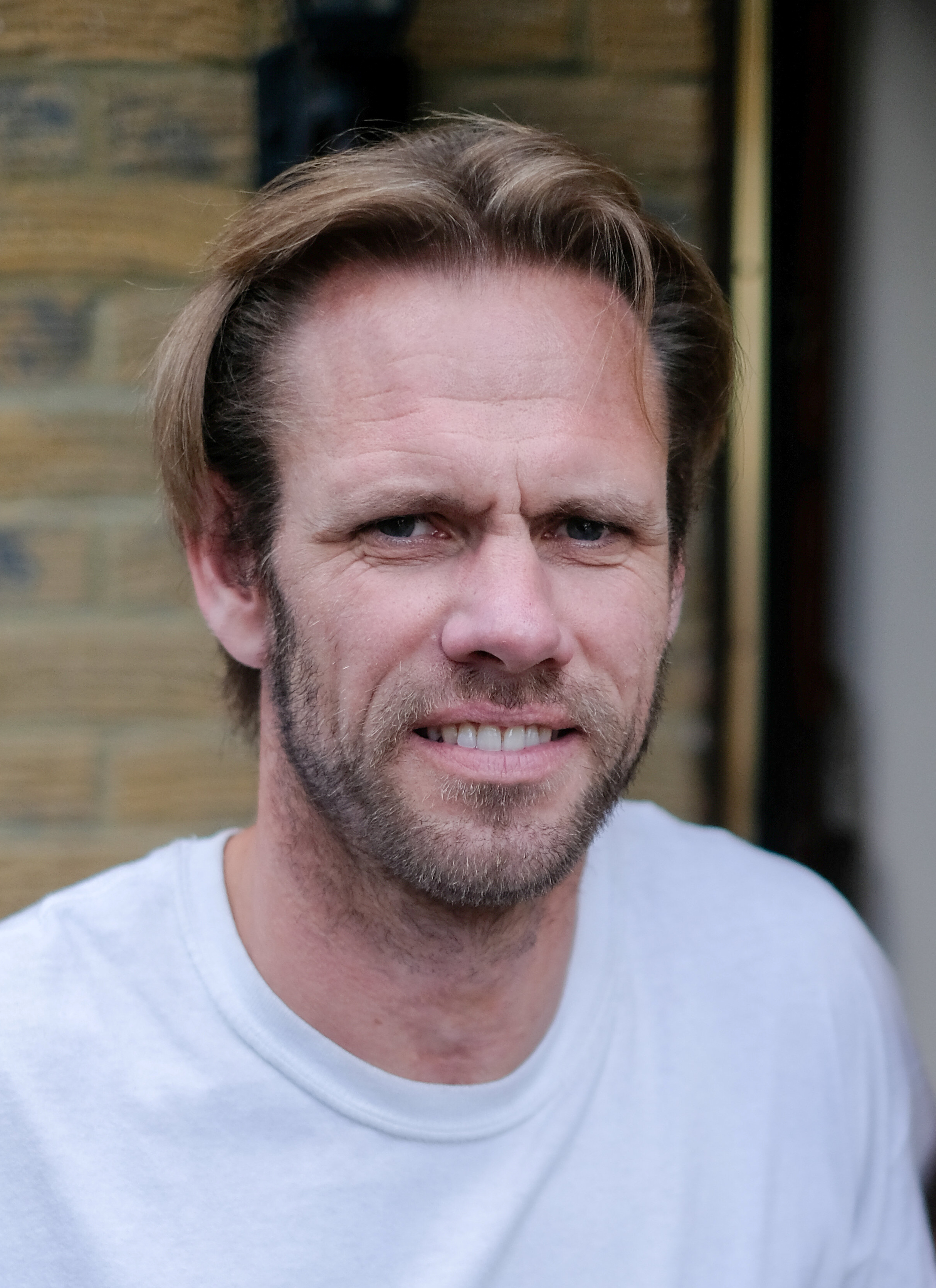 She added that she felt uncomfortable and her friend had previously warned her about a man who was often seen naked at his home and in his van.

The teenager said: “I had my hair done then I told my mother about what I had seen and texted a friend .

Daniel Stevenson, prosecuting, claimed last week that Jenner deliberately wore see-through tights while out of the house and cut a large hole around the crotch of a pair of jeans.

He said: “He claims to be a naturist and has stood trial in the past and found not guilty of similar offences, which relate to him acting as naked and claiming the right to be naked in public.

“The prosecution say it is his aim that the deliberate exposure of his penis has nothing at all to do with naturism and the only explanation is that he was acting in a deliberately provocative manner, with the full intention of causing as much alarm and distress as possible.

“The defendant wore a pair of trousers that were modified by him in that they had a very large hole in the crotch.”

The jury at Canterbury Crown Court heard how in November and December 2017 he worked as a self-employed courier for Hermes.

But Jenner was sacked after bosses received complaints about him flashing while making deliveries. 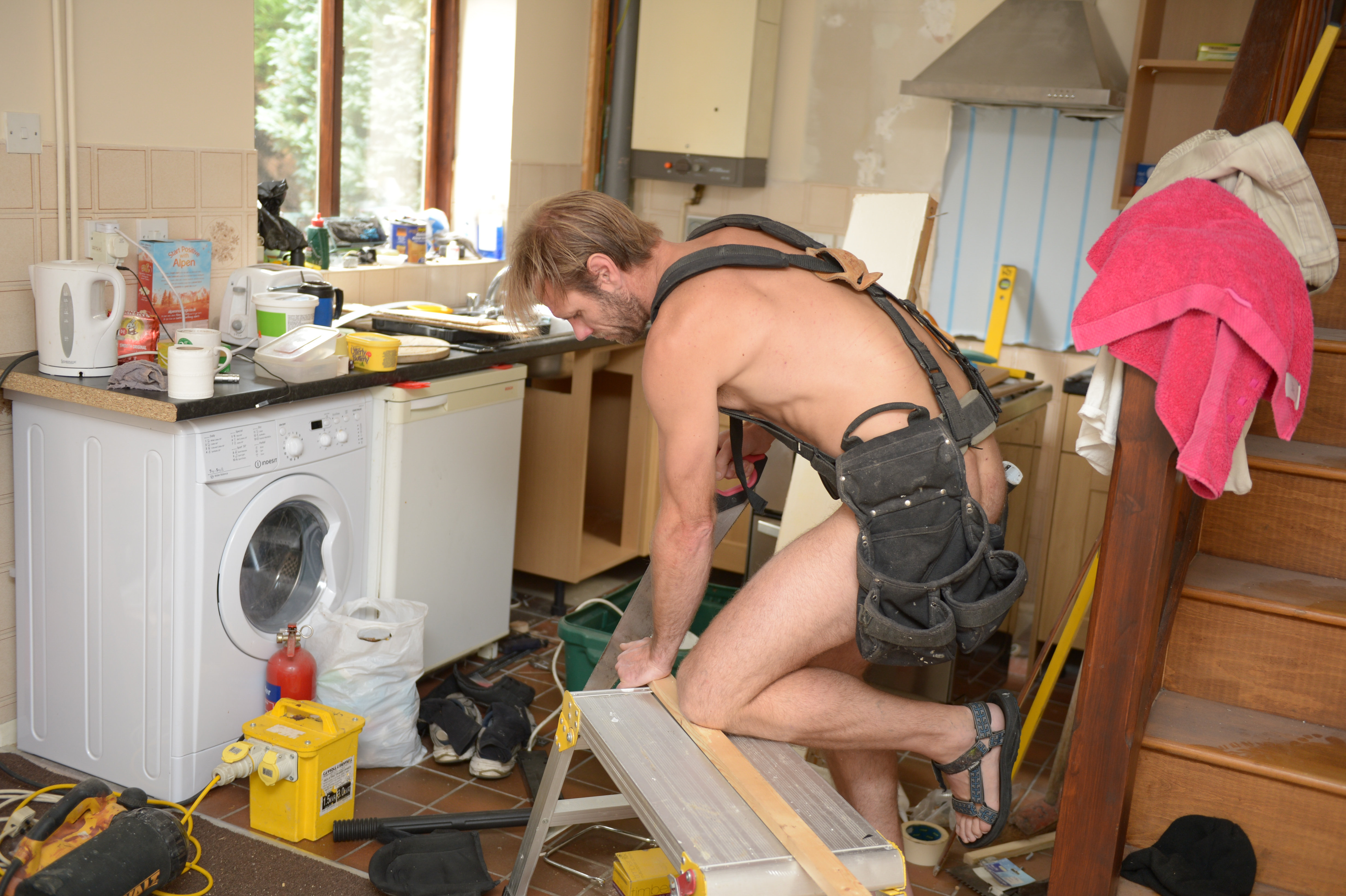 In two incidents in December 2017, Jenner was alleged to have exposed himself to a pregnant woman in Maidstone and a father in West Malling – while it was snowing.

Mr Stevenson accused Jenner of exposing himself at a several houses while dropping off packages as well as at a supermarket in Aylesford.

He claimed the delivery man wore see-through trousers while running past a children’s play area in Leybourne Lakes Country Park, while shopping at the Chequers Centre in Maidstone and near a hair salon.

The prosecutor said Jenner admitted to police he was the person described by witnesses – other than the schoolgirl – but denied doing it deliberately to shock, offend or disgust.

Kate Chidgey, defending, told the jury that Jenner strongly believes in naturism and “there was nothing sinister or puerile or sexual” in the exposure of his genitals.

She said: “It was not his intention that people were caused distress by what he did or didn’t wear.

“He wished to promote his beliefs that there is nothing wrong, dirty, or sexual about his nudity.”

Jenner is due to be sentenced at Canterbury Crown Court on Thursday.

This is how you use Instagram on your Mac