Joanna Beck who left a couple of bin bags with her wheelie bin and now faces a fine.

A mum who placed two extra rubbish bags out next to her bin ready for collection has been slapped with a £75 fine – for ‘LITTERING’.

Joanna Beck, 38, couldn’t believe it when she received a letter from Hyndburn Council after ‘littering’ on the highway.

But mum-of-three Joanna, who doesn’t work, is struggling to pay the fine within 14 days – and if she doesn’t pay she could end up in court.

Joanne, of Accrington, Lancs., said: “It’s frustrating – I do not mind paying for it – but it’s the fact you do not get any help in flexible ways of paying.

“I want the council to offer a flexible way to pay, such as instalments or an extension – not everyone has £75 to pay within 14 days.

“I’m a stay-at-home mum and have three children and I simply can’t pay it.”

Joanne has lived at the property for around 18 months and says she did not know that putting out extra bags next to her bin would leave her with a fine. 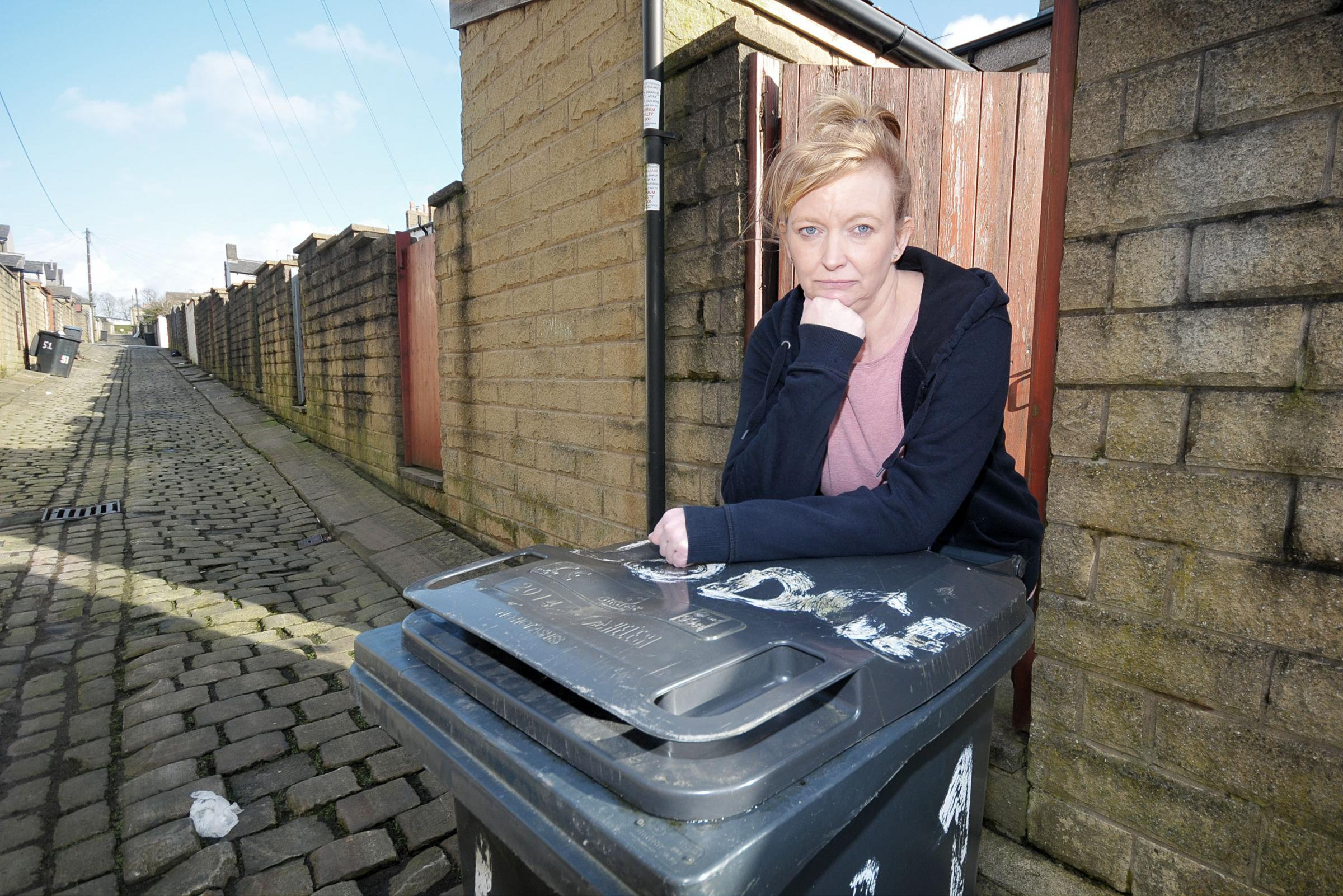 However, councillor for the area Joyce Holgate said leaflets were delivered to every single household telling residents they could not put out extra bags of rubbish.

Cllr Holgate said: “If you go on the council website it’s quite clearly stated – but she has only lived here for less than two years.

“I have already spoken to the council about allowing her to pay in instalments.”

Cllr Paddy Short added: “The system exists to stop fly-tipping with which we have major problems in the borough – the £75 is to try stop fly tipping.”