Patrick Dolan in hospital, he was treated for Lyme disease after being bitten by a tick.

A mum has told of her five-year-old son’s terrifying health battle after suffering a tick bite.

Theresa Dolan, 35 says her son was seen by at least 20 doctors before he was given the right antibiotic treatment for Lyme Disease – after being bitten by a tick in 2015.

Patrick Dolan was bitten in the family’s garden in December 2015 at the age of three.

Within a few days a bulls-eye rash appeared around the bite – symptom of the disease, which can cause liver damage and heart problems if not treatment promptly or with sufficient antibiotics.

A week after the rash appeared Patrick suffered flu-like symptoms, his temperature soared and he experienced seizures.

Despite having three blood tests for Lyme Disease, his mother says he is only now receiving the right dose of the antibiotic Amoxicillin.

Patrick is receiving the antibiotic from a private Dublin-based consultant, and Theresa hope it will giver her her “little boy back.”

Over the past two years the five-year-old has suffered recurrent, extreme fevers, fatigue, tremors, breathing problems and joint paint.

The family, from Howwood, Renfrewshire, has spent thousands on private healthcare, as well as having “countless hospital trips and numerous admissions”.

They were living in Dubai when Patrick first became unwell.

Mum-of-two Theresa, 35, who is a teacher, said: “Patrick had come in with a bite but wasn’t complaining about it.

“It gradually got bigger and within a few days it was bulls eye rash.

“He was absolutely fine but within 10 days, he became very unwell with a high temperature. It was Christmas and he was barely interested in presents or Santa.

“The doctors there did a test for Lyme disease but weren’t able to interpret it properly. They basically advised us to take him back to the UK.”

The family moved to Ireland, where dad Diarmaid, 34 and a mechanical engineer, is from and Patrick received six weeks of treatment for Lyme Disease in December 2016.

He seemed to improve but then in March and April last year started to suffer from erratic fevers for a few days at a time.

The family moved back to Scotland in May last year and since then has been to A&E at least four times.

Patrick is now receiving an intensive course of antibiotics from a private consultant in Dublin which his family hope will finally set him on the path to recovery.

Theresa said: “I don’t know whether it’s partly because they don’t know enough about it but there seems to be an unwillingness by doctors to consider Lyme Disease.”

Lyme disease is a bacterial infection that is spread to humans by a bite from an infected tick.

The symptoms tend to start with a distinctive rash shaped like a bullseye. Not everyone gets one and this can make diagnosis tricky.

There are around 1,000 confirmed cases of Lyme Disease in the UK every year. 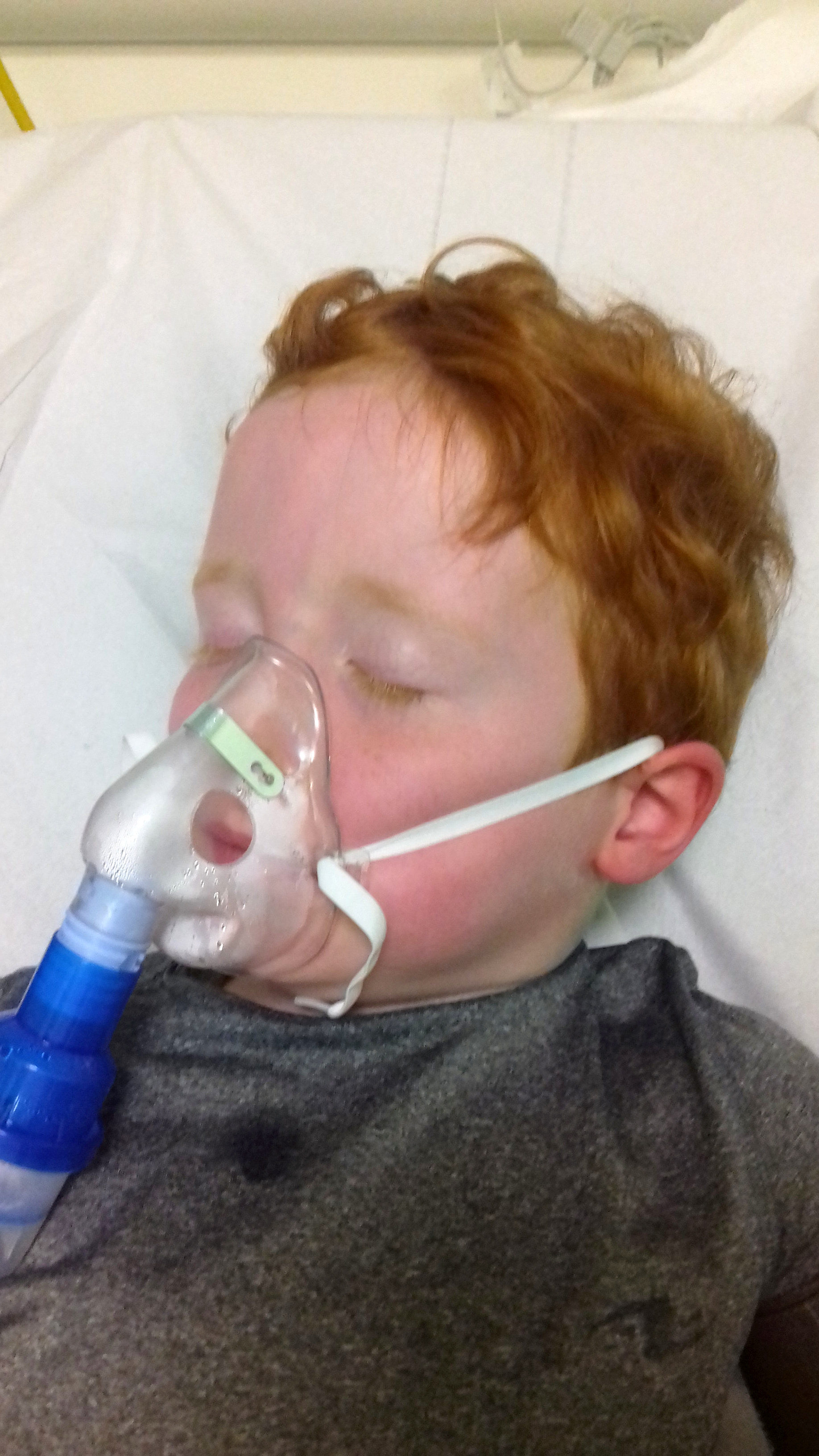 Symptoms can mimic many other conditions including ME, fibromyalgia and depression and the chance of misdiagnosis is high.

Many UK patients travel abroad to countries including Germany, where diagnosis and treatment is said to be more effective.

Ticks that may cause Lyme disease are found all over the UK, but high-risk areas include grassy and wooded areas in southern England and the Scottish Highlands.

The charity Lyme Disease UK has launched a month-long awareness drive across the UK to educate the public about the signs.