Janet and Roger Wilson with Karina (L) and Adele (R) at The Ritz, London.

A mum has won a pay out from the Ritz hotel after she took them to COURT – when her posh afternoon tea wasn’t up to scratch.

Janet Wilson, 59, paid £216 for afternoon tea at the Palm Court for her family-of-four to celebrate her 20-year-old daughter achieving her gold Duke of Edinburgh award.

But she claimed their experience was ruined – by stale scones, spilt tea, badly poured slow pot refills and the early arrival of their bill.

But six months – and dozens of emails and phone calls – after the meal, bosses refused – so Mrs Wilson single-handedly took them to the small claims court and won.

The judge ruled their defense was not “fully properly pleaded” and awarded Mrs Wilson her requested £108 – plus £35 costs.

The company has 30 days to pay up – or Mrs Wilson will be within her rights to instruct bailiffs.

The mum-of-two from Lydd-on-Sea, Kent, said: “We thought that the Ritz epitomised the highest standard for British afternoon tea, but we couldn’t have been more wrong.

“Apart from the surroundings, there was nothing special.

“The ambiance was nothing like you would expect for something that cost so much.

“It was very much get in, sit down, food put in front of you, and then out for the next people.

“The scones did not taste fresh and the sandwiches tasted like they had just been brought out of the fridge.

“The tea was not served properly. It was served over us, not to the side of us.

“Out tea pot was not filled up when we finished – we had to ask for it and they didn’t look very happy about it.

“The scones were really hard. There was no way they were fresh. I’ve made better scones than that. They were rock hard.

“They put the bill on the table before we had even finished and when we put the card down they removed the food before we were finished.

“It is supposed to be the epitome of high standards, but it just wasn’t.

“I complained and they didn’t want to know. I didn’t think it would get as far as court, but I’m pleased with the outcome. I just didn’t think they should get away with it.”

Janet, her husband Roger, 73, a retired British telecom worker, and their daughters Karina, 17 and Adele, 20, attended the Ritz on May 24.

They booked the afternoon tea online and the website claims it is “the finest slice of life”, “one of the finest British traditions” and “exquisitely presented”.

For £54 per person, each diner is given a three-tier cake stand with a selection of sandwiches, scones and cakes, and a choice of 18 types of tea.

They had smoked salmon sandwiches with lemon butter on sourdough bread, cucumber with cream cheese, dill and chives on granary bread, and Cheddar cheese with chutney on tomato bread.

There were also sandwiches with chicken breast with parsley cream on malt bread, and egg mayonnaise with chopped shallots and watercress on white bread, as well as ham with grain mustard mayonnaise on sliced brioche.

“It was a special day for us all to celebrate what my daughter had achieved and we were really looking forward to it,” Janet said.

“We were really, really looking forward to it. The girls love afternoon tea and they were really excited.”

Janet said they didn’t complain at the time because they didn’t want to spoil the occasion, but she complained the next day.

Four days later the assistant manager apologised via email for the “very rare lapse in our usually high standards” – and later refused compensation. 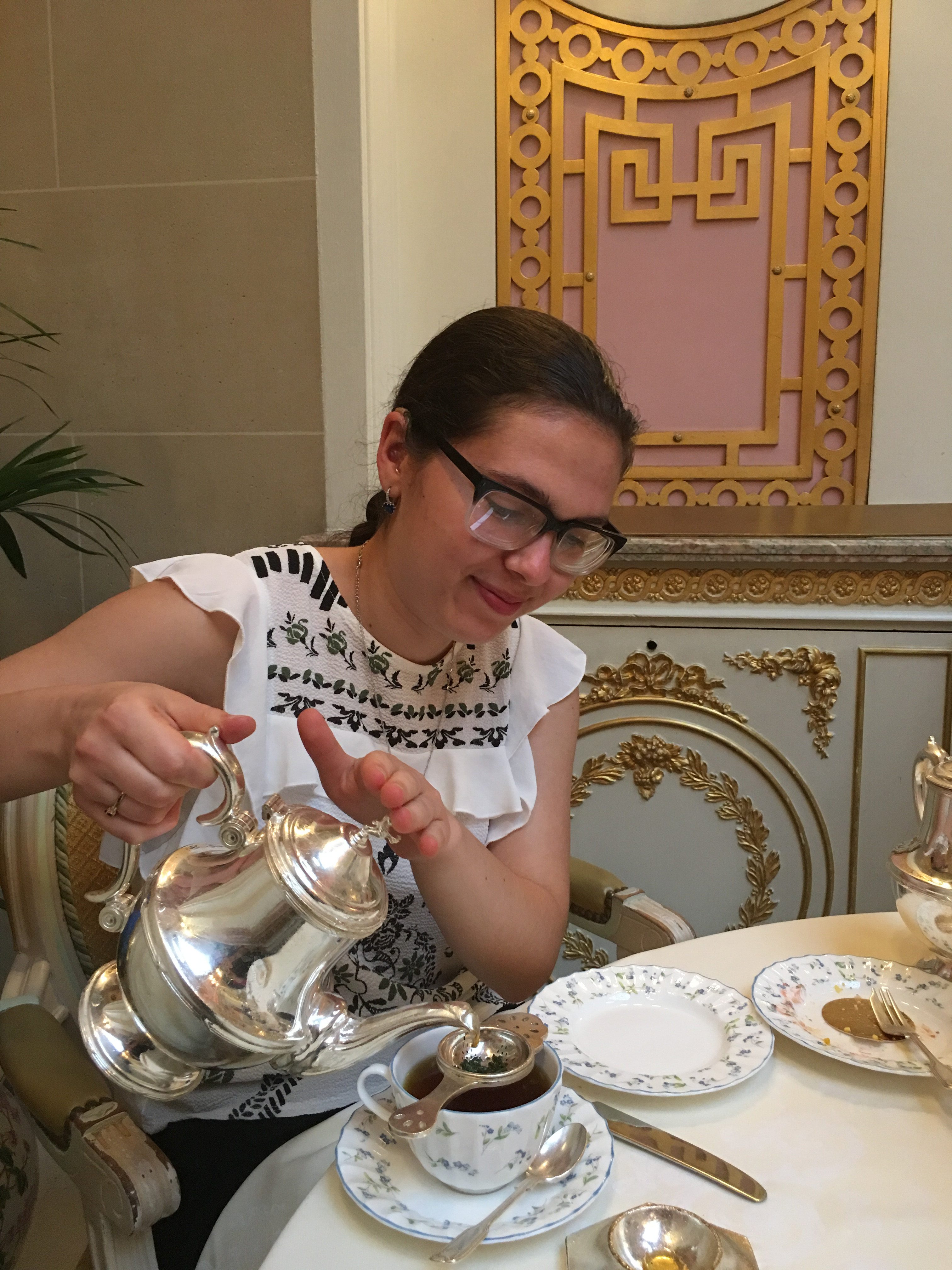 Both sides emailed back and forth before Janet asked for a 50 per cent refund in June, when the Ritz offered a “gift package” in return.

She refused – and lodged her claim with the civil court which was served on August 18.

The particulars of the claim, submitted to Canterbury Crown Court, said: “The afternoon tea, overall quality, service, standards were not of satisfactory quality.

“Service standard not consistent, scones not fresh or not as described – ‘freshly baked scones’ – [as described on] Ritz London website.

“Tea spilt and not served in correct manner – served over us.

“Bill presented before we finished tea, sandwiches and cakes cleared away upon presentation of bill without asking if we had finished.

The Ritz contested, and filed a defense which claimed the scones were fresh and the 398 other people who dined that day didn’t complain.

He added: “From reviewing the CCTV footage and personally investigating the matter I feel that Mrs Wilson had experienced the Ritz Afternoon Tea as advertised and booked.”

But the judge deemed it was not sufficient – wasn’t a “properly pleaded defence” – and ordered Janet be awarded her requested judgment.

The judgment passed by Judge Ashley at Canterbury County Court on November 21, said: “Upon review of the court file and upon it being noted that no ‘fully properly pleaded defence’ has been filed and served by 31 October 2017 as ordered by DDJ Campbell on 19 October 2017.

“It is ordered that pursuant to the order of DDJ Campbell dated 19 October 2017 judgment be entered for Claimant following Claimants request to enter judgment in the sum on £143.”

Janet, who insists it was “not about the money” said she was pleased with the outcome.

She added: “I wasn’t greedy – we weren’t happy with the food but we stayed to eat, so feel 50 per cent was adequate.

“If they don’t pay it can go back to court or we can instruct bailiffs.