Mum has new tongue made from her ARM after cancer treatment

A woman who had her tongue removed to fight cancer now has a new one – made from her ARM.

Grandmother-of-four Joanna Smith, 58, is a non-smoker but was diagnosed with tongue cancer after she spotted a tiny ‘ulcer’ in her mouth.

She was given eight months to live unless she had it removed, so underwent 15 hours of surgery.

Medics took out her tongue via a hole in her neck and made a new one using skin, muscle and a long vein from her left arm.

The cleaner, from Clapham, Bedfordshire, was able to talk as soon as she woke up and can now eat and drink on her own.

However, she has no taste buds on the new organ and has to eat slowly to avoid biting it – but is cancer free and expected to make a full recovery.

The mum-of-two said: “It’s a bit weird. I look at my arm and I can see where my tongue has come from.

“I think ‘that’s in my mouth now but yet I can talk’ and that’s really weird.

“I can’t stick my tongue out and I can’t say it really feels like a tongue. It feels a bit surreal.

“Before I had it done I was thinking to myself ‘how it that going to work’ but now I’ve had it I’m like ‘wow’.

“It’s really weird but it shows what they can do now.”

Joanna noticed a tiny dot on the side of her tongue in October last year and thought it was an ulcer. She went to her GP when it started to hurt and grew bigger.

Her GP initially gave her tablets and mouth ulcer gel, but when it didn’t get any better she returned and was referred to Bedford Hospital for a biopsy.

Medics said she had tongue cancer and the lump grew to the “size of a Malteaser” before the operation on January 10 at Luton and Dunstable Hospital.

“He said if I didn’t have the operation I wouldn’t see next Christmas,” said Joanna

“He said I would be lucky if I got six to eight more months. That was a bit of a shock.”

In a painstaking 10-hour operation, surgeons removed all but a “tiny sliver” of her real tongue, which they left so she would retain movement.

They removed all the glands in her neck, the rest of her tongue, and all but 10 teeth before cutting a section of skin and muscle – as well as a vein – from her right leg.

But after it was reattached it “turned black” so surgeons sought permission from her family to take her back into surgery and try again – using flesh from her left arm.

“I didn’t know anything about it,” she said.

“But they asked my daughter and she said ‘anything to save my mum’s life’.

“They always said that they would be able to replace my tongue with a new one, but it was nerve racking.

“There was 29 people involved in the operation.”

It took medics five more hours to replace her tongue with a circle of skin and a vein from her left arm, and she had to have a third operation to repair it further.

She added: “When I woke up I was a bit disorientated but I could talk straight away.

“It felt like I has something strange in my mouth.

“I have to think before I eat now, and have to wash my mouth out. I can’t just do or eat what I used to.

“I have to think about talking.

“I have to make sure I don’t bite my tongue, because I can’t feel bits of it.”

“It makes me feel like I have something in my mouth I want to take out, but I know I can’t because it’s my tongue.

“I don’t sound exactly like I used to. I find myself sucking my mouth a lot because I don’t want to dribble.

“I can taste everything I used to, but just on the roof of my mouth, not my tongue.” 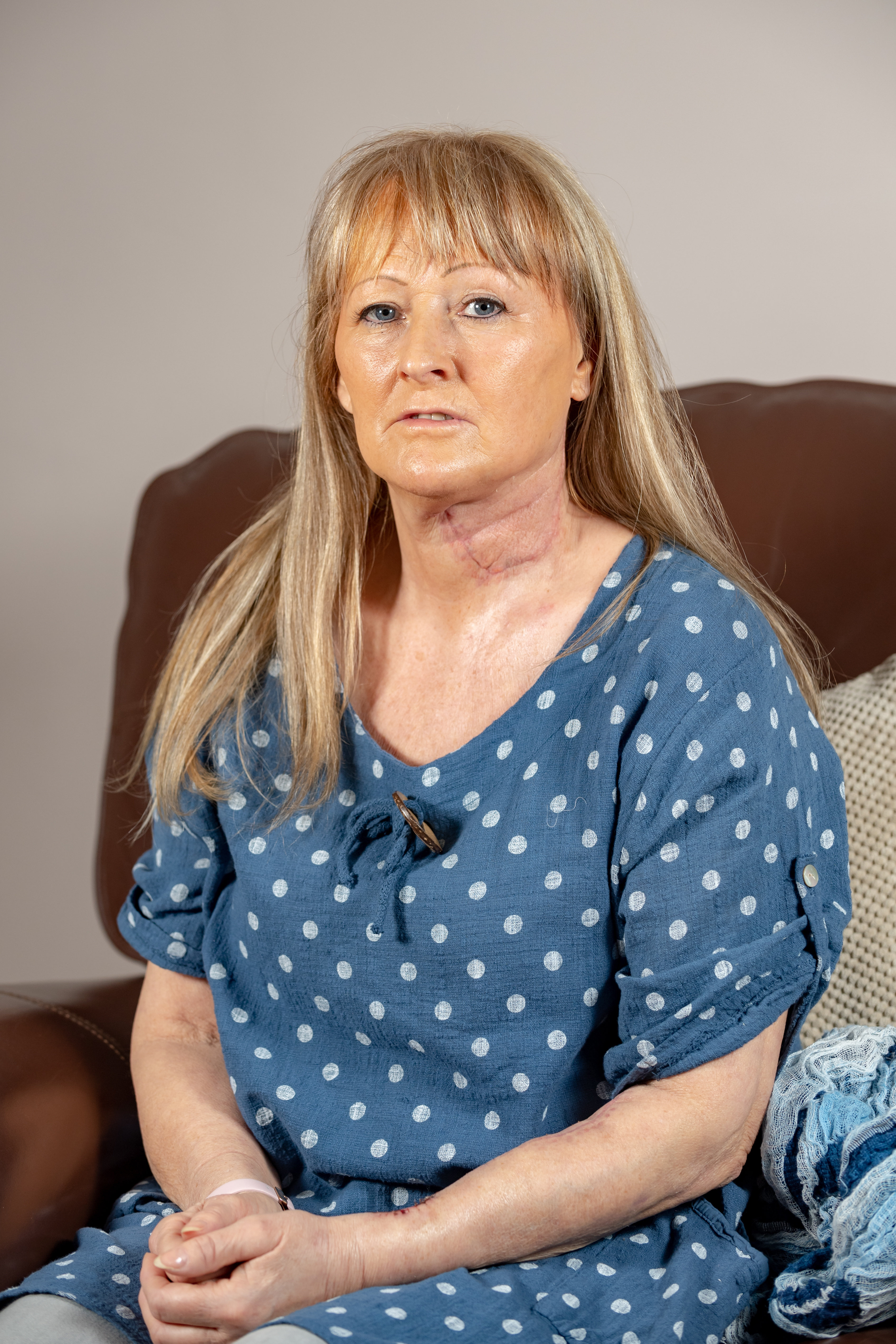 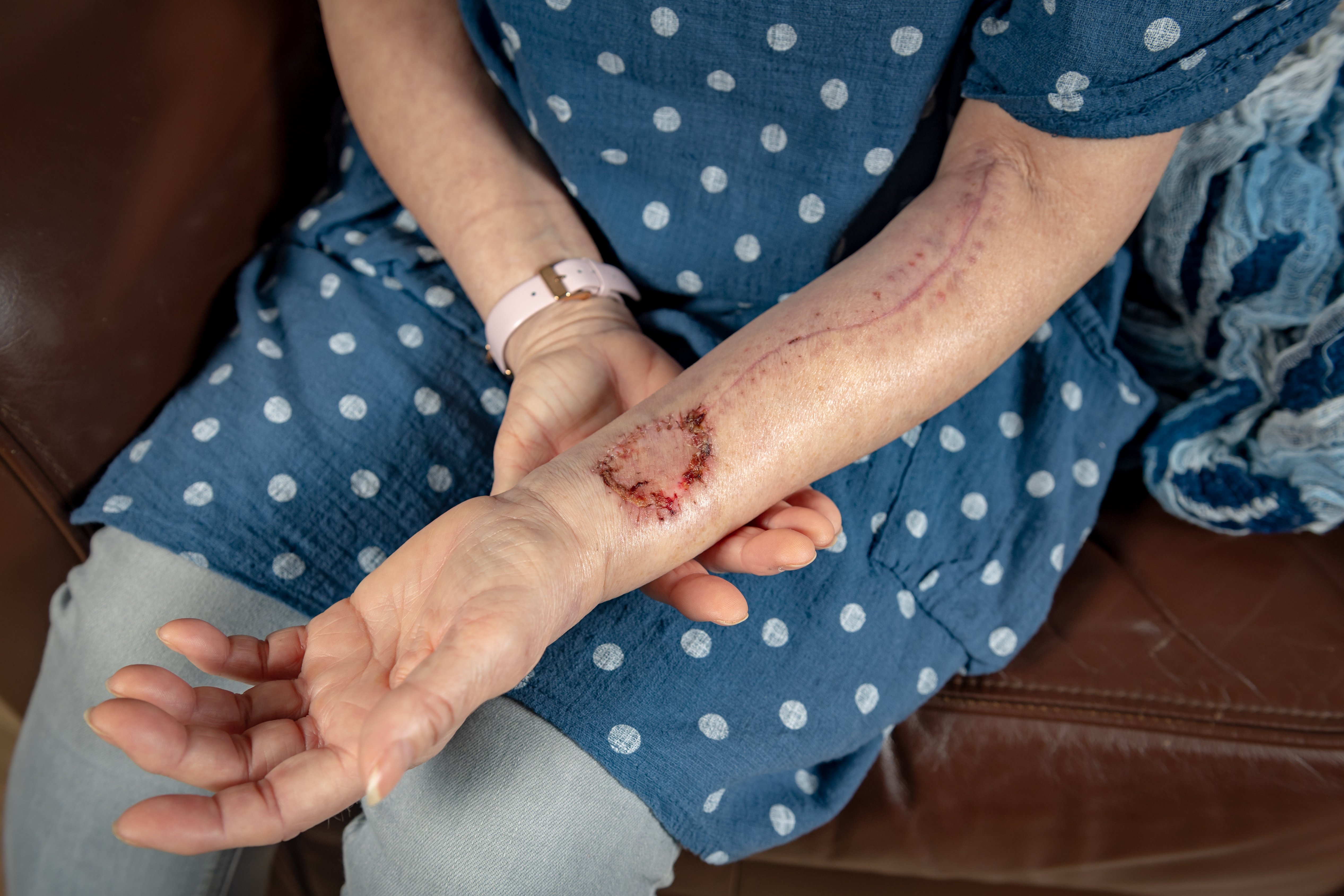 Joanna was allowed home after 11 days in hospital.

She’s currently avoiding food that’s too hot – for fear of burning herself – because she has no feeling in her tongue yet.

She initially stuck to liquid meals like milkshakes, but has moved onto solids like salmon and potatoes.

She had already had quite a few of her back teeth removed – and replaced with a plate – when she was younger, but not only has ten left.

Doctors hope to be able to replace the missing ones once her mouth has healed.

Last week she was told her body was cancer free so she won’t need chemotherapy or radiotherapy.

“You can see where they took my tongue from and the vein they took to make my tongue work,” she said.

“I can’t fault the hospital in any way. They were fantastic.”

4 crucial things to consider while selecting gravel for road