Karen Gray at the Sick Kids hospital in Edinburgh with her son Murray Gray aged five who is suffering from a rare form of epilepsy.

A mother-of-three campaigning to have medicinal cannabis made available on the NHS to treat her five-year-old son’s epilepsy has revealed that doctors gave him ketamine.

Karen Gray, 43, says that her young son Murray had been prescribed the famed Class B party drug which is also a horse tranquiliser.

Doctors at the Royal Hospital for Sick Children in Edinburgh where he receives treatment for his 600 seizures a day planned to try him on ketamine in an effort to end his nightmare.

Karen, from Edinburgh, said it was ridiculous that she cannot get medicinal cannabis on the NHS but that they will give him ketamine.

She handed in a 180,000 signature petition to Downing Street last month with the aim of triggering a parliamentary debate that would see the drug made available on the NHS.

Karen said: “What’s happening is he gets IV treatment but his body seems to be getting used to that so it’s just not helping him.

“So, the only other option available to Murray when he goes into this phase of seizures is to try him again with ketamine – which is the horse tranquiliser.

“He was on it before three months ago, they gave him 1.65mls and he took it for five days but it did nothing for him.

“The neurologists are genuinely wanting to give him ketamine and he’s had it before.

“I researched it and in Belgium they are treating some people who have epilepsy with ketamine and apparently it can help.

“But, I think with Murray, nothing else is helping him so the doctors are trying different things.

“He got all of the side effects and none of the perceived benefits with ketamine – it never calmed his brain and didn’t stop his seizures. He was very drowsy after taking it.” 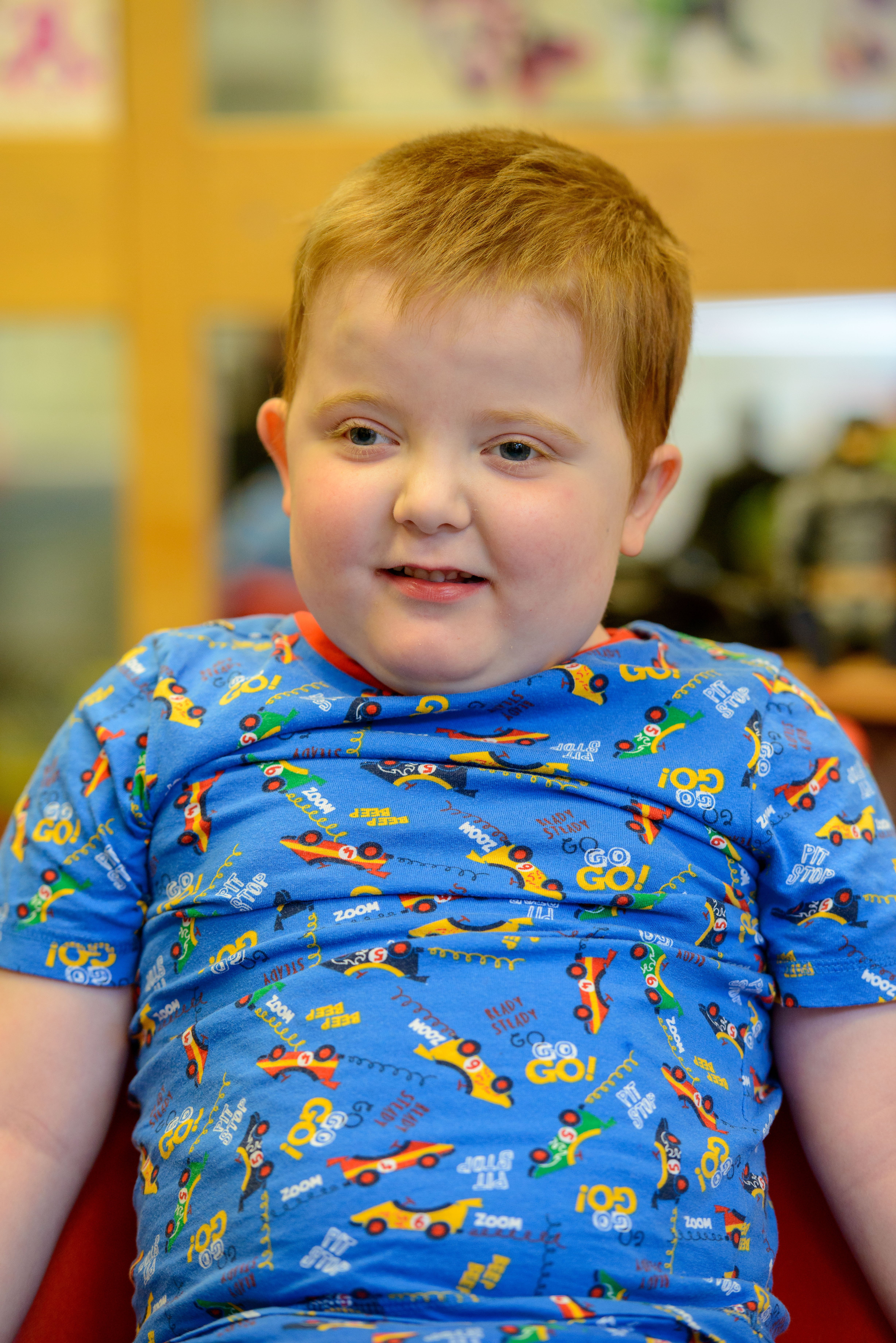 Youngster Murray, who is a P1 pupil at Clermiston Primary School in Edinburgh, was diagnosed with Myoclonic Astatic Epilepsy at the age of two.

Scottish Lib Dems MP Christine Jardine, said: “It is ridiculous that there is a medicine out there that could alleviate Murray’s condition and the conditions of many others across the UK.

“Instead of one Class B drug he has been prescribed another class B drug.

“The Conservative government should listen to the clear public view, expressed in support for Karen Gray’s petition, that it’s time for change.

“I am pushing for a parliamentary debate to pursue this change.”

A Scottish Government spokesperson said: “Shona Robison had a very productive meeting with Ms Gray recently and was able to get a greater understanding of the difficulties she and her son face.”

Tracey Gillies, medical director, NHS Lothian, said: “Ketamine is only prescribed in rare cases for children with severe epilepsy where other rescue medications have not been sufficiently effective.

Ketamine is considered a rescue medication and is only prescribed in a very small dose and as a temporary measure (generally no more than five days) until regular medications or special diet have become effective. It’s also only used in specialist centres.”