Karen Gray at the Sick Kids hospital in Edinburgh with her son Murray Gray aged five who is suffering from a rare form of epilepsy.

A mum-of-three has made an urgent plea for medical cannabis to be made available on the NHS in Scotland to help reduce her son’s “nightmare” seizures.

Karen Gray, 43, has launched a petition for Cannabidiol (CBD) oil to be prescribed to her son Murray, five, who has been diagnosed with Myoclonic Astatic Epilepsy.

The mum, from East Craigs, Edinburgh, said: “People who are supplying the CBD oil are saving lives and surely that’s a job for the NHS.”

She added: “I just think it’s so bad that we can’t even try it over here to see if it works when so many other people are saying it’s helped their children.”

Little Murray was diagnosed at the Royal Hospital for Sick Children in December after suffering 12 seizures in one month.

He is currently in hospital where he is taking five different types of medicine, including steroids, which doctors believe may control his spasms.

Karen said: “Murray’s been having chronic seizures since has was two years old, but only about three a year at that time.

“He lies down and starts to shake. Then last year they started to get a lot worse – he had six of them up until December and then he had 12 that month.

“It’s an absolute stress but you’ve got to stay calm. It’s a nightmare just watching him, you can’t do anything and you feel totally helpless.”

Karen also said Murray is swollen from the steroids he is having to take.

She said: “He doesn’t look like the same wee boy.”

The case is similar to that of Alfie Dingley, six, from Kenilworth, Warwickshire, who has 20 to 30 seizures a day.

His family are campaigning to have cannabis oil made available for medical purposes and Home Office ministers are looking at the possibility of a drug trial to help him.

Karen’s petition has 700 signatures so far and she says is going to “fight this until the end”.

She said: “This might be the last option for Murray. We know that moving him to the Hague to get the medical cannabis might be our only option to get him help.”

Karen said her son, who is in primary one at Clermiston Primary School, has only been able to attend for three weeks since starting.

She says her son is missing out on his education and time with his friends and that she is unable to look after him at home due to the severity of his condition.

Murray also gets frustrated at not being able to feed himself.

Karen said: “If he’s trying to hold a spoon of food up to his mouth, it goes everywhere, so I’ve got to hold it for him.

“He wants to do it himself, he’s very independent … but I’ve got to hold the spoon because he’s constantly twitching and shaking with the seizures.”

Cannabis oil is readily available and legal to buy, but having spoken with her doctor Karen realised she would need a medical professional to help with things like dosage.

She added: “I mentioned it to my doctor and they have done trials on epileptic syndromes and it was shown to help.

“My doctor said because it’s not licensed the NHS can’t use it, and I was warned that if I just go to a supplier and buy some, we wouldn’t know if it’s going to be the same strength each week. It could be far too strong or far too weak.” 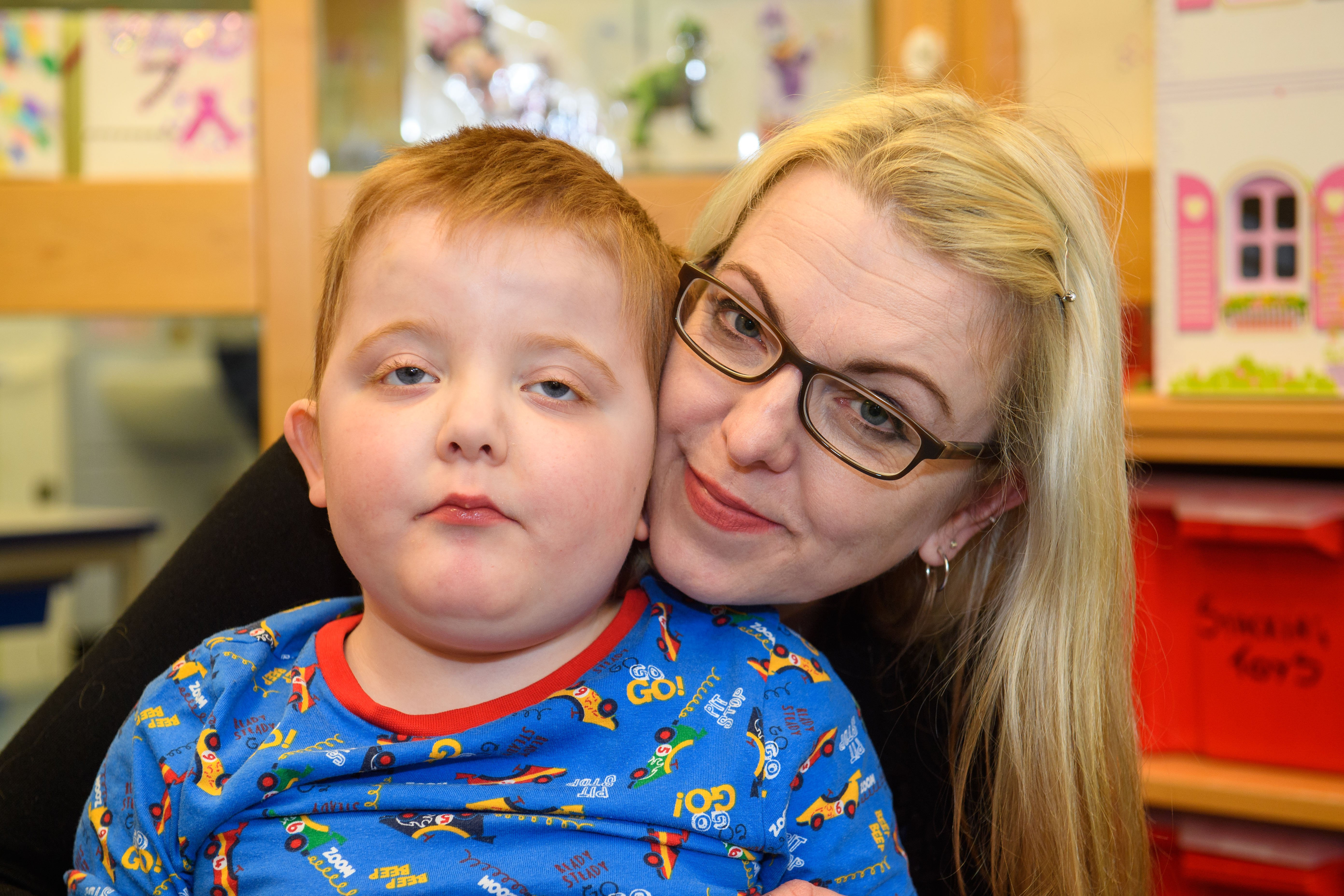 Local MSP Alex-Cole Hamilton said: “There is a huge volume of mainstream medical and scientific evidence that shows medical cannabis has helped stop the daily aggressive seizures that children with this syndrome have.

“It’s heartbreaking that under the current laws in place, the NHS is not able to support patients who would benefit from the use of CBD oil.

“We need to see a change in the law so that patients who gain relief from the use of the drug are legally and safely able to do with medical support and beyond that a wholesale assessment of how we approach the issue of drugs.”

A Scottish Government spokesperson said: “The licensing, safety and efficacy of medicines is currently reserved to the UK government and is the responsibility of the Medicines and Healthcare products Regulatory Agency who operate on a UKwide basis.”