A young mum was barred from boarding a holiday flight with her three-year-old daughter – because there was a tear in her passport.

Hayley Lewis, 28, was about to embark on daughter Sydney’s first-ever flight along with other family members when an airport worker refused to let her pass.

They suggested the ripped page in her passport could be an attempt to hide a stamp from a suspicious country – and she was escorted off the premises.

To make matters worse, the rest of her party – including her daughter – had already boarded the flight to Menorca and her bag containing all her money, keys and medication were already in the hold.

Hayley then had to make a hurried dash to the national Passport Office in Newport by taxi in order to board a flight the next day – costing her £480 in total.

She said: “They treated me like was a drug smuggler – I felt like a criminal. It couldn’t have been more obvious I was taking my daughter on holiday.

“It’s horrible, I missed my daughter’s first flight. It ruined our holiday.”

Beautician Hayley booked the holiday with her mother Sally Lewis, 48, and disabled gran, Jane Wozencroft, 72, over a year ago.

They excitedly turned up for the flight at Bristol Airport on May 11 and breezed through check-in and security without any issue.

It was only when they passed the final check before heading out onto the concourse that a Tui worker stopped her.

One half of a blank page in her passport had been torn out – which Hayley assumes Sydney may have done while playing with the document.

The Tui worker took advice over her radio and then told Hayley she would not be permitted to board the flight.

She said: “I broke down in tears, my daughter was already on the plane with my mum.

“I phoned my mum and told her to stay on a plane because I assumed I would be on the next flight.

“I didn’t know there was a tear in my passport at all. We checked in and everything was fine, it all happened when we were about to board the plane.

“Then someone came and walked me down stairs and said there was nothing they could do and escorted me off the premises.

“I asked them to explain and they said I could have tried to rip out a stamp for another country.” 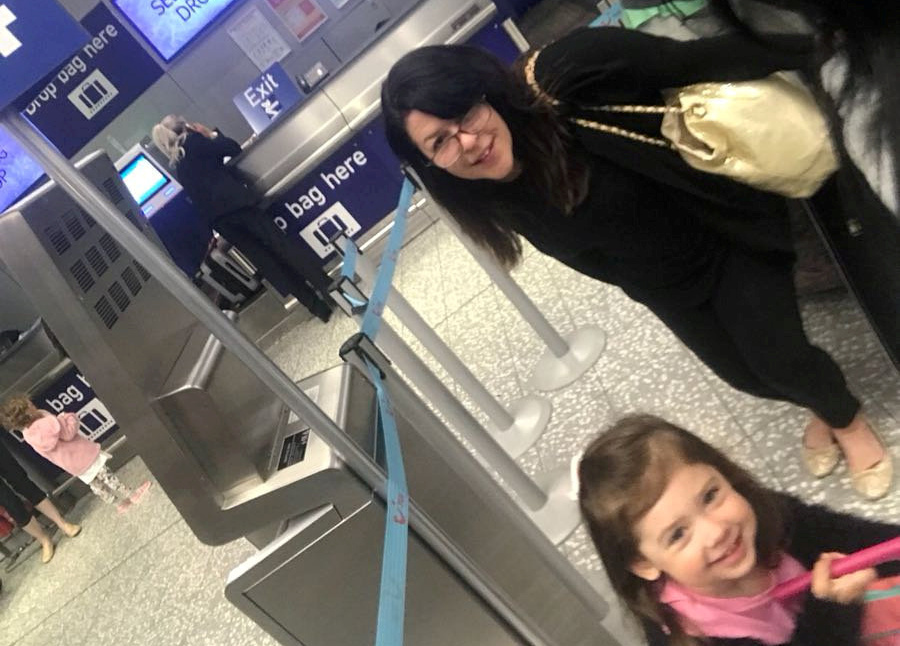 To rejoin her family, Hayley had to get to the passport office in Newport to pick up a new passport before returning to Bristol and flew out at 6pm the following day.

“Instead my mum, who suffers from anxiety, had to look after a toddler and my disabled grandmother.

“We’re in the process of writing a complaint, I understand they have their rules and stuff but there’s so much that goes into planning a holiday – especially with a child.

“I thought they would have taken me into a room an interrogated me, or checked my luggage, but they didn’t do any of that.

“There has to be more of a process, surely?”

A spokesperson for Bristol Airport said: “All passengers are required to present an undamaged passport for use when travelling.

“If a passport is damaged or badly torn the passenger may be refused travel, as happened on this occasion.”

A spokesperson for TUI said: “We’re sorry to hear Miss Lewis was refused travel on this occasion, however, this is due to the fact that a page had been severely torn from her passport.

“Our check in teams have a responsibility to ensure customers have the correct documentation for travel and that there are no signs of damage.

“To prevent any issues occurring we would advise all customers to check their documentation is in good condition before travel.”