Moment motorcyclist is thrown 10ft into the air after failed wheelie

This is the horrifying moment an amateur motorcyclist was thrown 10ft into the air after a wheelie went disastrously wrong.

Brett Sewell, 18, was taking part in a mass ‘ride-out’ event when he attempted a wheelie and ploughed into the back of a quad bike, catapulting him into the air.

The footage was captured on a GoPro by Brett’s friend Brandon Reddy, 18, who feared his pal had been killed in the accident near Hadley Park in Nashville, Tennessee.

Forklift driver Brandon, and Brett, a plumber, were taking part in a 500-bike ride out, which are regularly organized on social media by motorcycle enthusiasts. 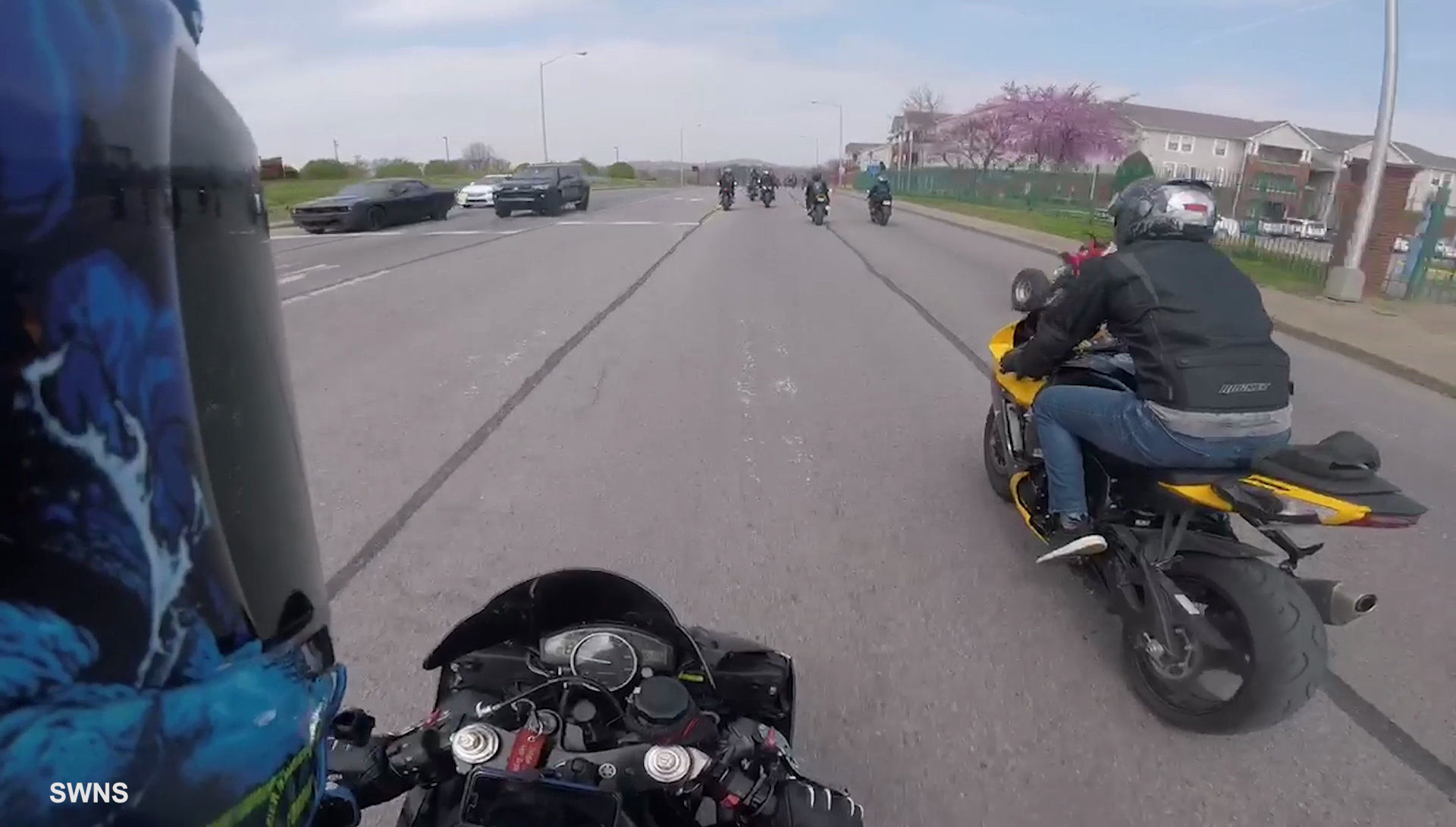 Brett, from Murfreesboro, Tennessee, was riding his Suzuki GSX-R 750 when he collided with a passing four-wheeler.

He sustained two broken ankles, two broken feet, a broken knee and a sprained neck and was rushed to Vanderbilt University Medical Center for treatment.

Brett’s neighbor Brandon said watching the footage of the accident was “shocking” and showed just how lucky his pal is to be alive.

He said: “Brett tried to do a wheelie but you’re only supposed to do them at the front of the pack, never at the back.

“I ran over to him and he wasn’t moving. He was unconscious.

“We didn’t move him or take off his helmet because we weren’t sure of his injuries. The other riders kind of moved on as technically it’s not exactly legal to have a ride-out.

“But I stayed with him until the ambulance and police got there.

“He was really lucky, but he’s pretty beaten up. He just went for surgery yesterday.

“This was our first big ride-out, usually we just go out with five of our buddies or so.

“I always have my GoPro to film the ride-outs, but when I looked back at it after the hospital it was really scary.

“It happened so fast but to watch it back is really hard.” 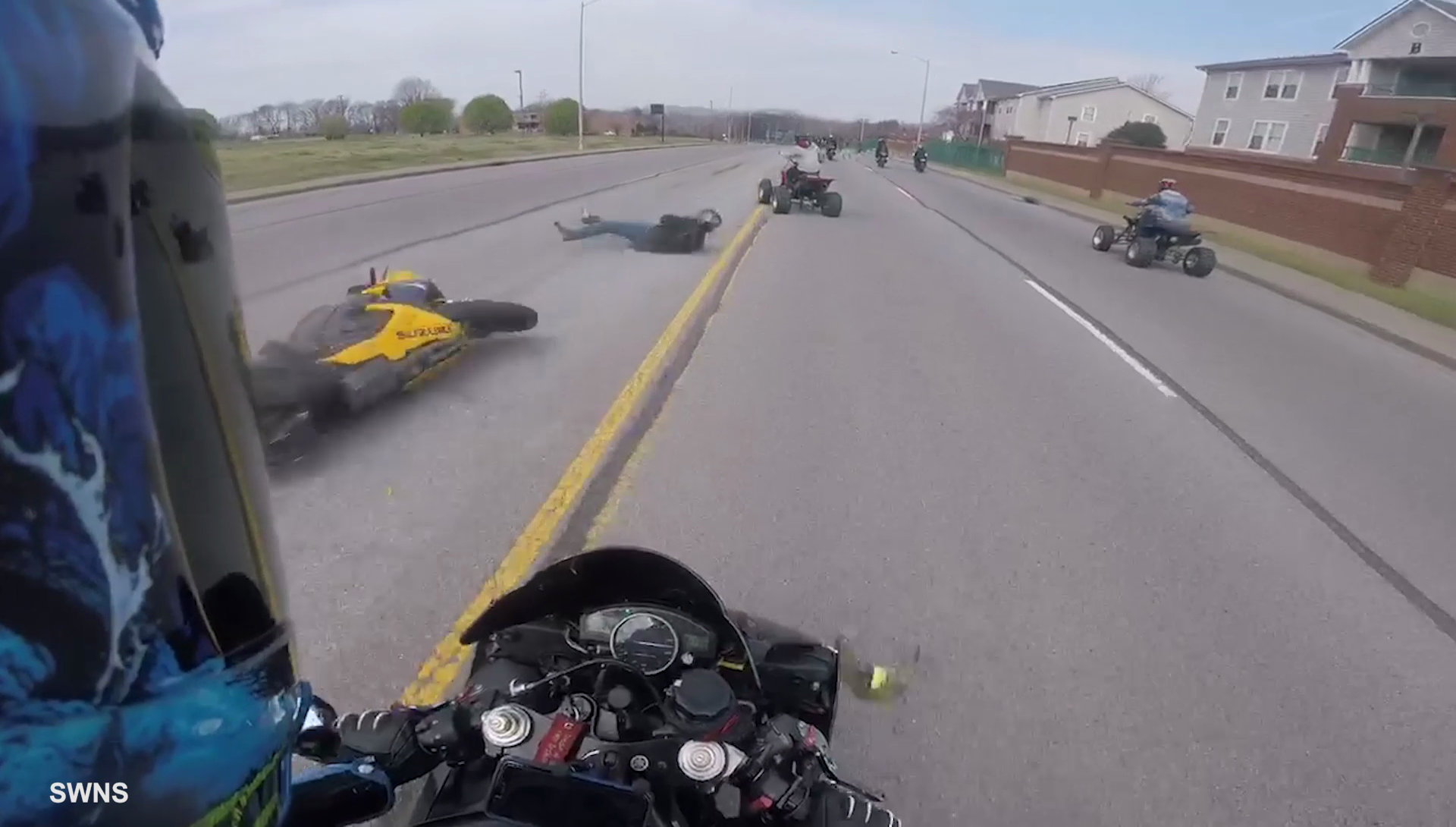 Taking to Instagram, a recovering Brett thanked his friends for their prayers and said:

Brandon said the accident has made him nervous to return to the road, considering his friend’s close call.

“To be honest, I really don’t want to touch my bike right now. I’m not even thinking about riding it. It was really scary.”

Brett, who is recovering in hospital, took to Instagram to thank his friends for their prayers.