This is the emotional moment a teenage cancer survivor met the stem cell donor who saved his life three years ago – when the lad was given just six months to live.

Jack Withers was just ten when he was diagnosed with a form of blood cancer in 2015 – five years after his twin sister Emily fought the disease.

Without a donor, doctors said he had just six months to live, and a worldwide search was launched.

The schoolboy from from Walsall was matched with blood stem cell donor, Michael Mertens, 30, from Germany, thanks for charity DKMS. 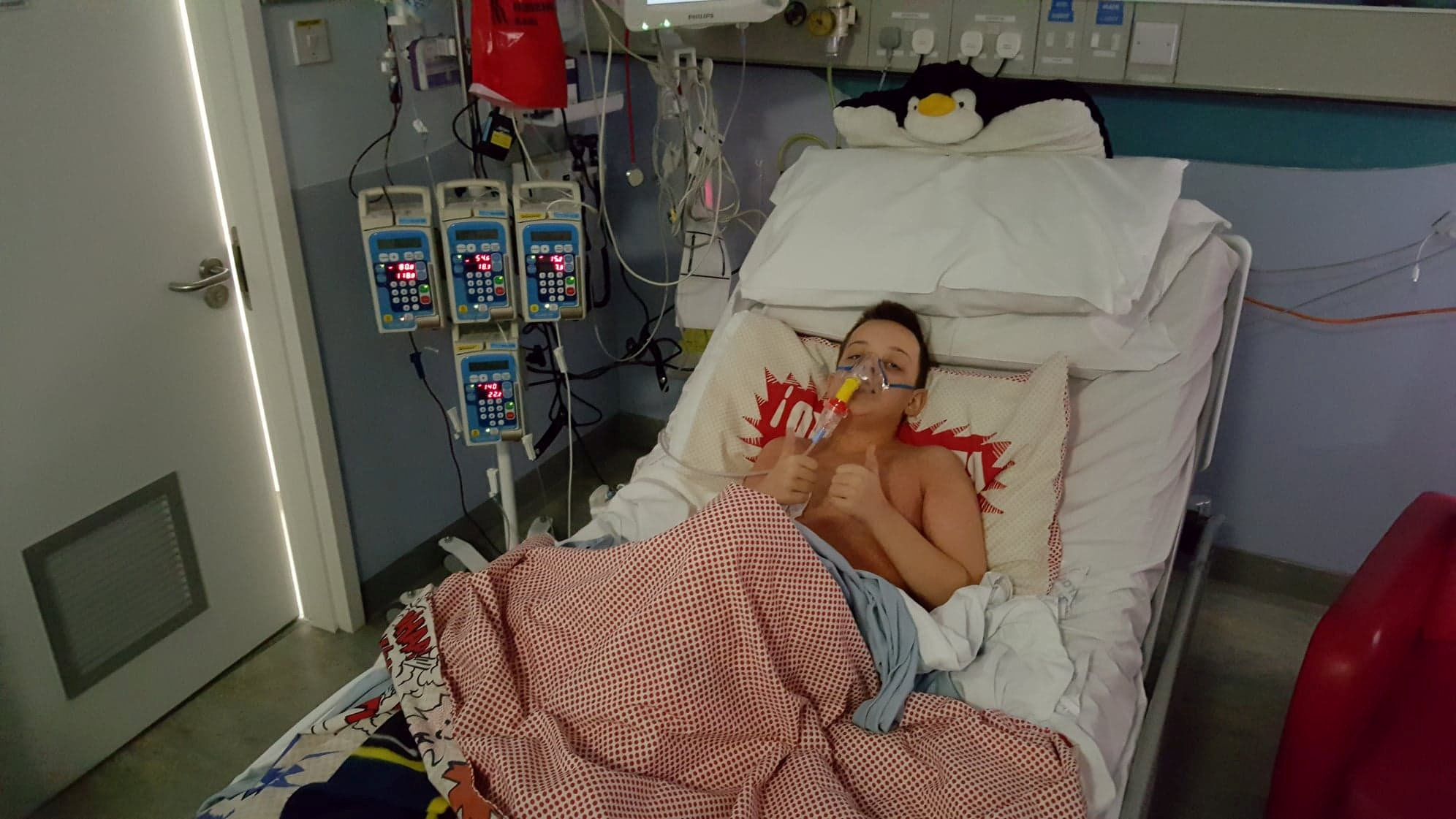 He recovered and they exchanged anonymous letters because strict rules meant they couldn’t meet.

But the restriction was lifted, and the pair met at the blood cancer charity’s fundraising gala in London this month.

An emotional video shows Jack running across the stage into Michael’s arms, and the pair embracing in front of the crowd.

Jack, now 13, said: “Michael is like a diamond and my living hero.”

His mum Jo added: “We already felt like Michael was part of our family before we had even met him.

“We love him dearly and we will always be eternally grateful to him for doing such a selfless act and helping Jack.

“It was so emotional and overwhelming meeting him in the flesh at the gala.”

In 2010 Jack’s twin sister Emily was diagnosed with a blood cancer and their older sister Lauren was identified as a match.

But when Jack was diagnosed with aplastic anaemia with monosomy 7 in 2015, she wasn’t a match for him.

Experts said the chances of Jack being diagnosed with the same condition was 1 in a trillion.

Michael from Königswinter had registered as a potential blood stem cell donor with DKMS Germany, in 2012.

He was identified as Jack’s lifesaver and the donation took place in October 2015.

Mum Jo said: “At the time we were so relieved to know that Jack had found his lifesaver and that he was going to be free of this horrid condition at last and he was being given a second chance at life.

“Without a matching donor being found Jack would not have survived and was only given six months to live.

“Jack was here to stay and we were prepared to do everything in our power to get him through this and the journey ahead.”

Since the donation the pair started to write anonymous letters to each other but due to strict regulations, they had never met.

Donors and recipients can not meet for a set amount of time, and both parties must request a meeting.

But now the restriction has lifted, blood cancer charity DKMS set up the emotional meeting at its fundraising Big Love Gala in London on November 7.

Over 600 guests attended the gala held at the Roundhouse, Camden, where they witnessed Jack meet Michael.

Michael said: “When I registered to be a donor I had a feeling that one day I would donate to someone.

“I didn’t think twice when they said that I was going to be a match for someone.

“I felt really proud and I wish that everyone who can would register to be a donor.

“I feel that I have become a better person because of this donation process and it was wonderful to meet Jack and his family in person for the first time.”

DKMS is a cancer charity dedicated to the fight against blood cancer by registering blood stem cell donors.

Global ambassador Katharina Harf said: “Even 8.5 million DKMS donors and over 73,000 second chances at life are still not enough to save the lives of all blood cancer patients.

“Our mission to create a future, in which as many patients like Jack are treated successfully and survive blood cancer.”

To sign up and register as a potential lifesaver, visit dkms.org.uk to order your swab kit.

Jobless mum-of-seven who is pregnant with twins demands bigger council house – because she has uneven floors, no TV and lives near a road

Jobless mum-of-seven who is pregnant with twins demands bigger council house - because she has uneven floors, no TV and lives near a road