This adrenaline junkie is Britain’s most fearless man – jumping out of planes, paragliding down mountains and bungee-jumping from helicopters – despite being unable to see.

Daredevil Dean Dunbar, 49, was registered blind 20 years ago but refuses to let his lack of sight hold him back.

His latest challenge is a marathon SUPing challenge – a 220km stand-up paddle-boarding race which he hopes to complete in 35 hours.

Dean said: “The excitement is I’m racing against the clock trying to do these huge distances.

“The blind thing just tells other people that you don’t have to be fully able to do these things.

In September, Dean will attempt the SUP 11-City event in the Netherlands on a huge tandem paddle board with three other riders.

Paddling on a board may seem tame compared to some of his previous stunts, but Dean says it is far from the case.

In 2015, Dean paddled 40km solo across Loch Awe in Argyll and Bute, Scotland – and did it in Storm Desmond, a cyclone that hit the UK that year. 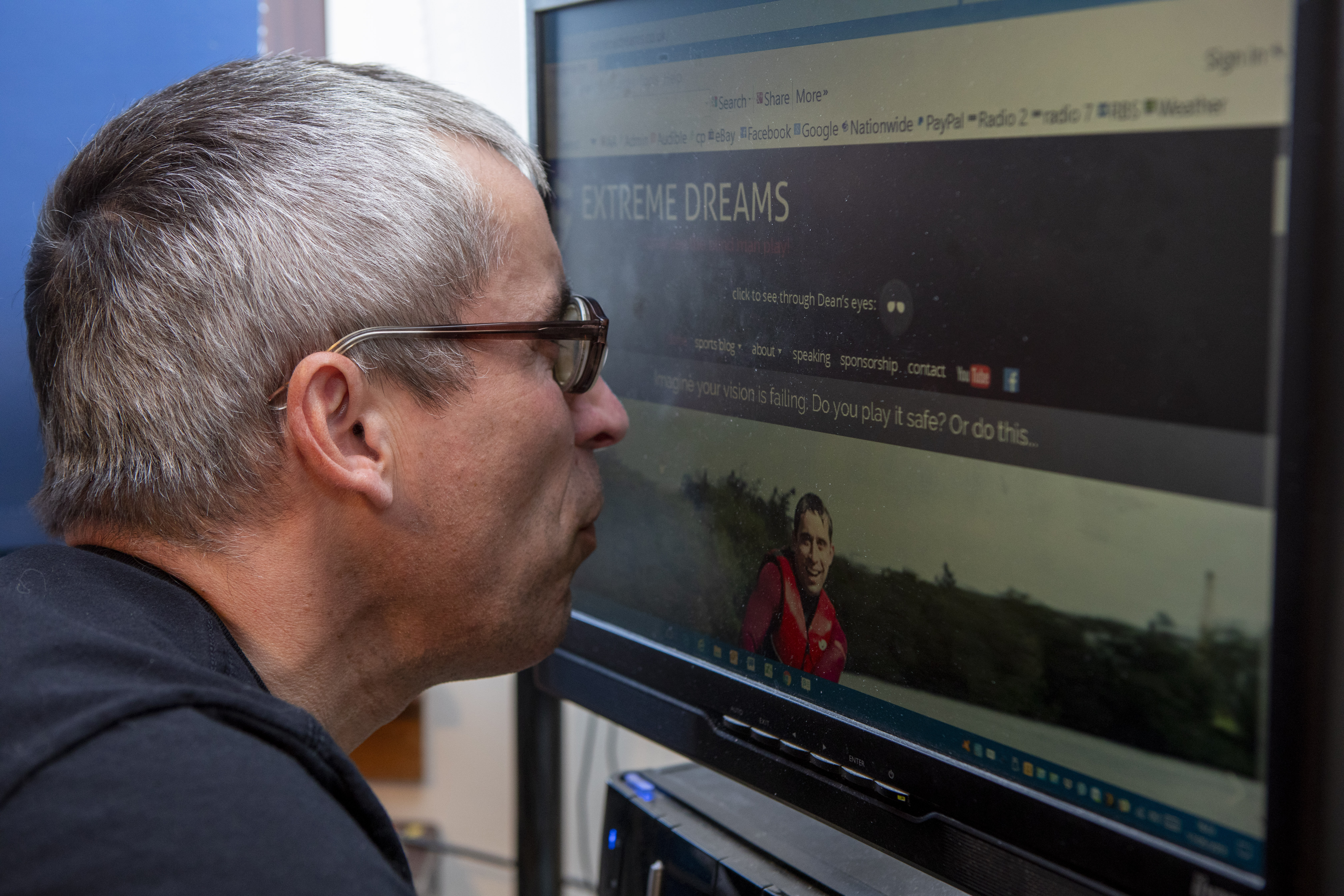 The daredevil, who still has very limited sight, had to pull out last year as poor light caused by bad weather strained his eyes so much he went completely blind for days.

“I got washed up on a beach and realised I wasn’t where I was supposed to be.

“I was gutted that my eyes let me down, but I’m back this year with a new strategy.”

Aged just nine, Dean went to school one day and couldn’t read the blackboard and following a series of tests he was registered as “partially sighted”.

Then in 1996, aged 27, his sight deteriorated further and he was registered as blind.

However, he quite literally wasn’t going to take it sitting down and completed his first tandem skydive in 1998.

Dean, from Blairgowrie, Perthshire, said: “By the time my feet touched the ground I was an adrenaline junkie.”

“In the early days it was to prove something. I would phone up a company and say, ‘I want to go paragliding’.

“They would say, ‘Of course’ but then as soon as I said I was blind they said, ‘No way’.

Dean has now completed more than 100 challenges around the globe, and in some cases is the first blind person to have done them.

In 2000, he became the first blind person in the world to bungee-jump from a helicopter.

And in 2011, he was the first blind person to swim the Corryvreckan Gulf in the Inner Hebrides, home to the world’s third largest whirlpool.

Dean has a website – Extreme Dreams – to showcase his achievements, which he hopes will inspire others.