Meet Britain’s brainiest child who is smarter than Einstein with an IQ of 171 – aged just THREE.

Her mum realised she was bright and took her to experts who have given her an IQ score – of 171.

She can even remember things that happened before she was ONE – most adults have no memories before the age of three.

Ophelia is now Britain’s youngest member of MENSA and is said to have the intellectual capacity of a child more than twice her age.

She is now in the top 0.03 per cent of the population in terms of brain power.

Natalie of Ross-on-Wye, Herefordshire, said: “She loves reading books with me or her dad, and she loves number work and letters and the computer.

“She is quite an active child, always likes to be doing something and is very spirited. She loves playing with her cousins and going to the park.

“Ophelia is such a beautiful girl and I would be proud of her no matter what she achieved, as long as she was healthy and happy.

“A lot of people, including myself, almost shy away from celebrating their children’s intellectual achievement.

“There seems to be a stigma around it.

“But then I thought it is no different to parents celebrating a medal in a sports event, so she deserves praise for being so clever.”

She added: “She has an amazing memory and remembers events that happened before she was 12 months old.”

She was exceeding all her early learning goals, so her family took her see a child psychologist in London.

Mum-of-one Natalie, 31, describes Ophelia as “bossy” and says talking to her is more like talking to a 12-year-old than a three-year-old.

She said: “She knows what she wants, and she knows how to get it,” said Natalie, who runs her own aerial fitness studio.

“It seems more like you’re talking to an adult than a three-year-old.

“She knows a lot of words and she understands what you’re saying – even when you think she doesn’t.”

Ophelia is Natalie’s only child with husband Ben Dew, 40, an IT support worker – and so the parents did not realise at first how advanced their daughter was. 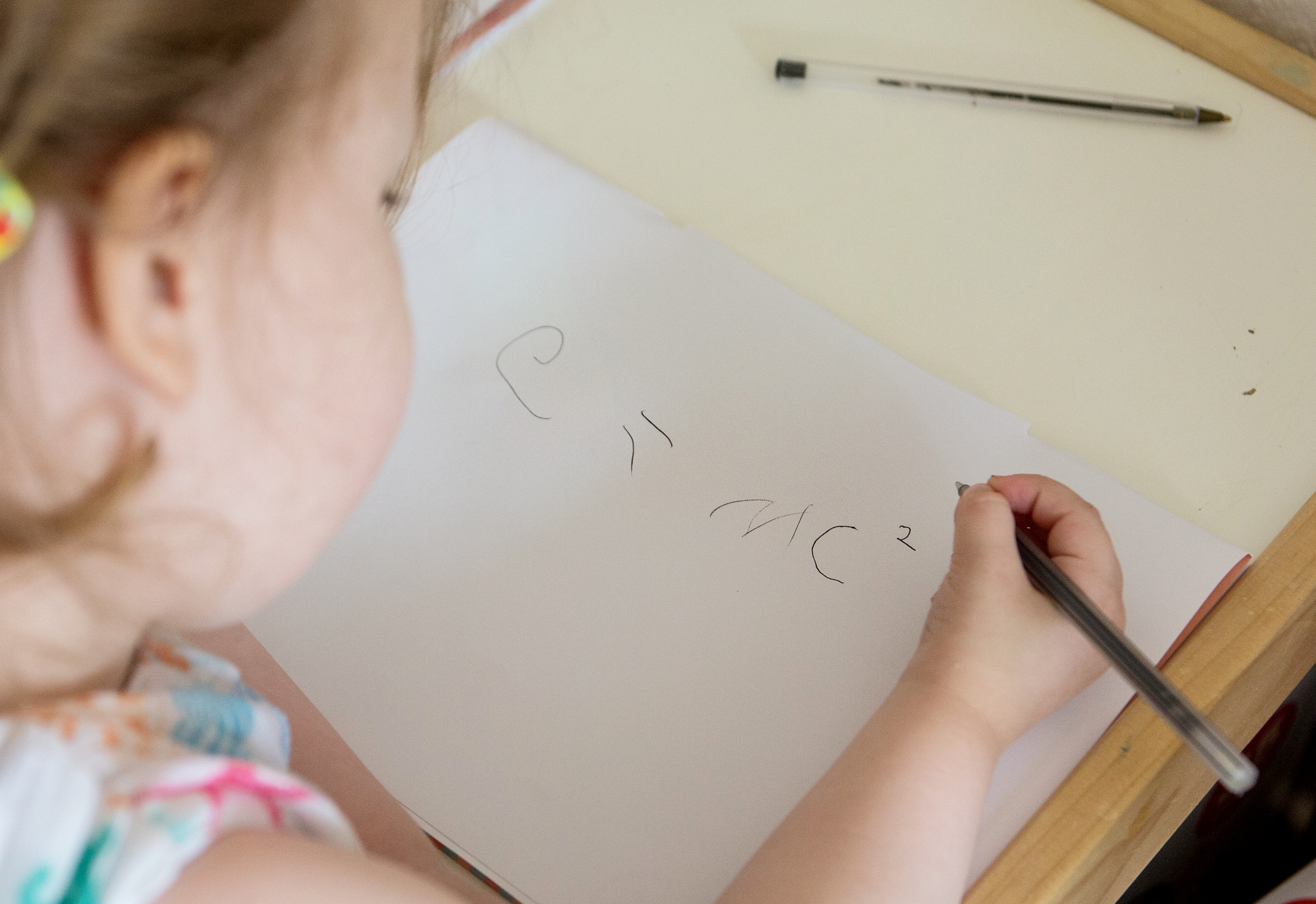 Natalie said: “She started speaking really early, around seven or eight months, but we weren’t quite sure whether this was unusual.

“We were just impressed with whatever she was doing.

“But when she started pre-school in January this year, we realised she was quite far ahead of the other children.

“She likes her spelling – she can spell her name now, and she likes spelling it out loud quite a lot. She can also spell things like banana, cat, and mummy.”

She added: “We’ve just got her some of those Key Stage 1 school workbooks for ages 5+, and she likes doing those.

“I try to make it fun for her – but I don’t push her. She’ll only do the workbooks until she says she doesn’t want to do them anymore – then we’ll put them away.”

Natalie said she had thought about sending Ophelia to school this September, instead of next September when she would usually start.

But she said: “She wouldn’t be socially ready for that, I don’t think. I don’t want to push her out of her comfort zone, mentally.” 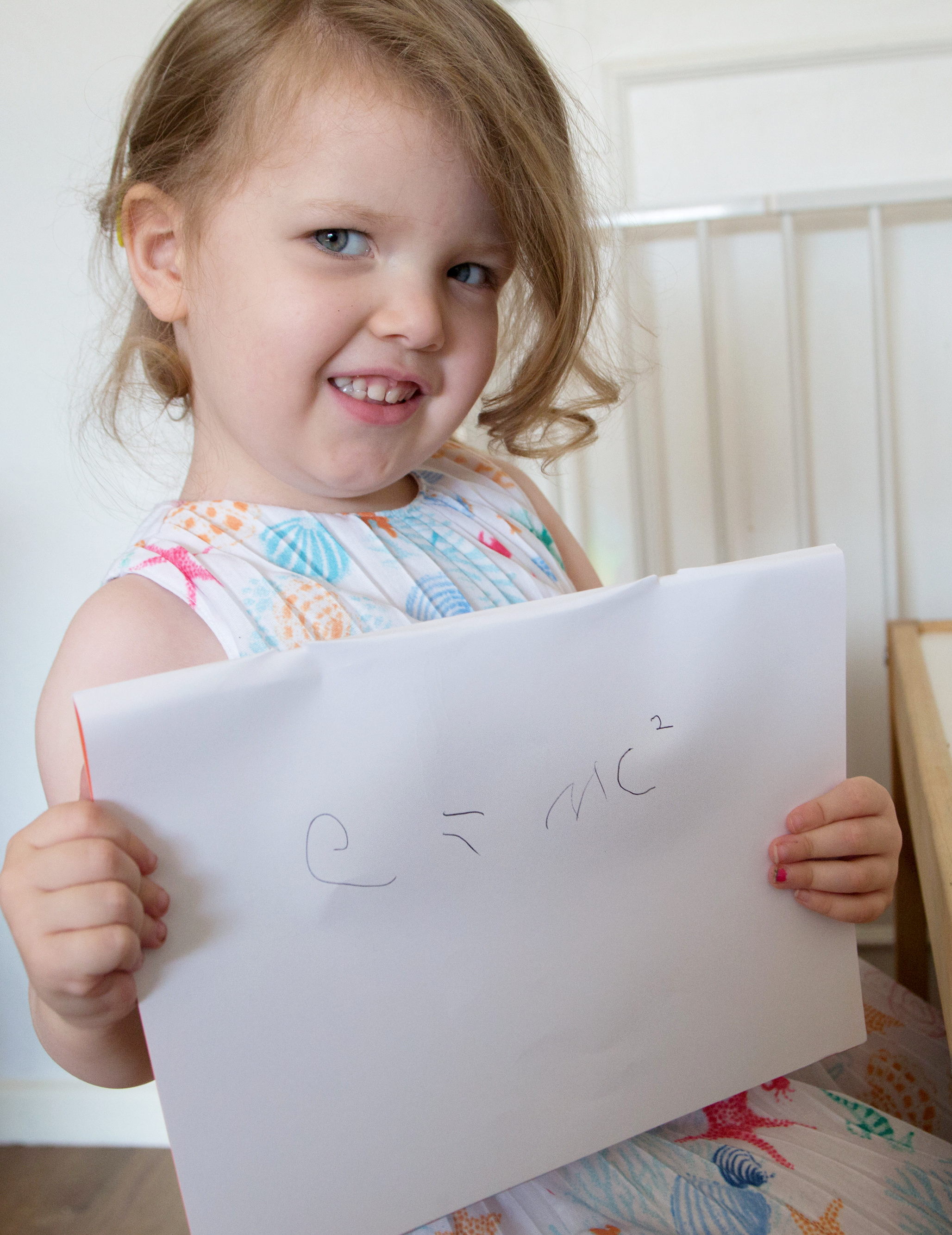 And Ophelia’s mum added that, aside from her remarkable IQ, she is just like any other three-year-old child.

“She’s very active, she had to be doing something all the time,” said Natalie.

“She really likes her Lego and her water table, and she likes playing football. She’s pretty much like every other three-year-old.

“She really likes all the other boys and girls at her pre-school, they’re all her friends.

“The important thing is that she’s happy with what she’s doing.”