CCTV grab of the moment a masked knifeman stormed into a McDonalds and threatened staff - before fleeing with a box of MONOPOLY stickers.

A masked knifeman stormed into a McDonalds and threatened staff – before
fleeing with a box of MONOPOLY stickers.

Shocking footage shows the hooded thug marching up to the restaurant counter before opening the gate and entering the kitchen area while clutching a blade.

He is seen to grab the box, containing dozens of promotional Monopoly cards and vouchers, from a tray before waving the knife at a brave cashier who tries to intervene. 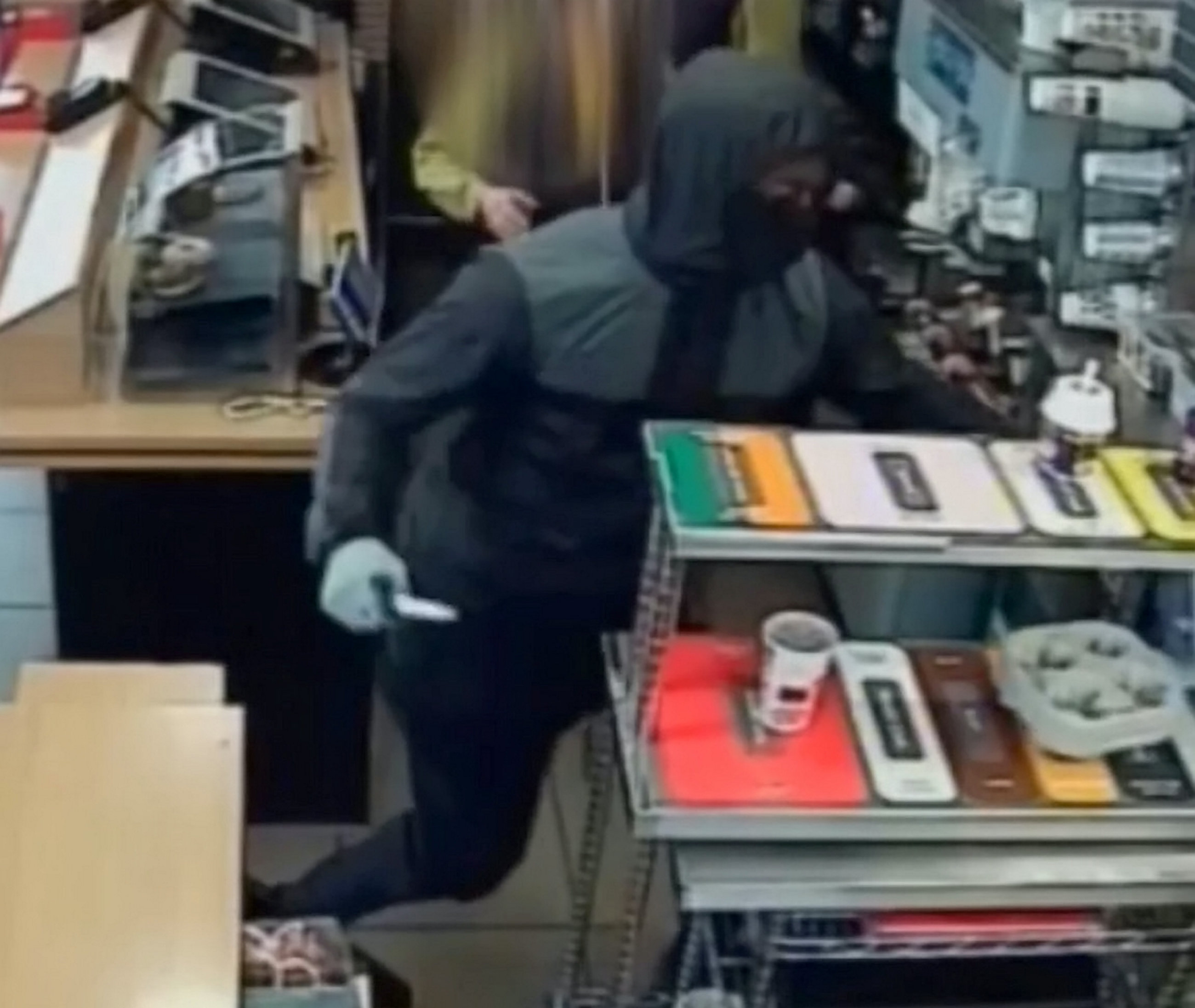 Still brandishing the weapon, he runs backwards before turning and fleeing the branch in Hayes, west London.

Police have released the footage in a bid to trace the suspect following the robbery on Coldharbour Lane at 2pm on March 23.

He is described as a black man, dressed in a dark and grey two tone hooded top, with white gloves, black trousers and black shoes.

Detective Constable Emma Brookes, of Hillingdon CID, said: “We are appealing for anyone who may know who was involved in this robbery.

“Although he had his face covered, it is possible that someone may recognise his clothing, or may have heard someone talking about this robbery.”