An infuriated dad who tried to reduce his plastic usage by having glass milk bottles delivered has been forced to install CCTV – after more than 50 were stolen.

Fuming Andrew Laws, 42, says his milk delivery is nicked from his doorstep almost every day.

Andrew started having the glass bottles of full-fat and semi-skimmed milk delivered to his home six months ago in an effort to reduce his family’s plastic consumption.

But the musician and marketing consultant was forced to install a camera above his front door after thirsty thieves repeatedly swiped the calcium-rich drinks. 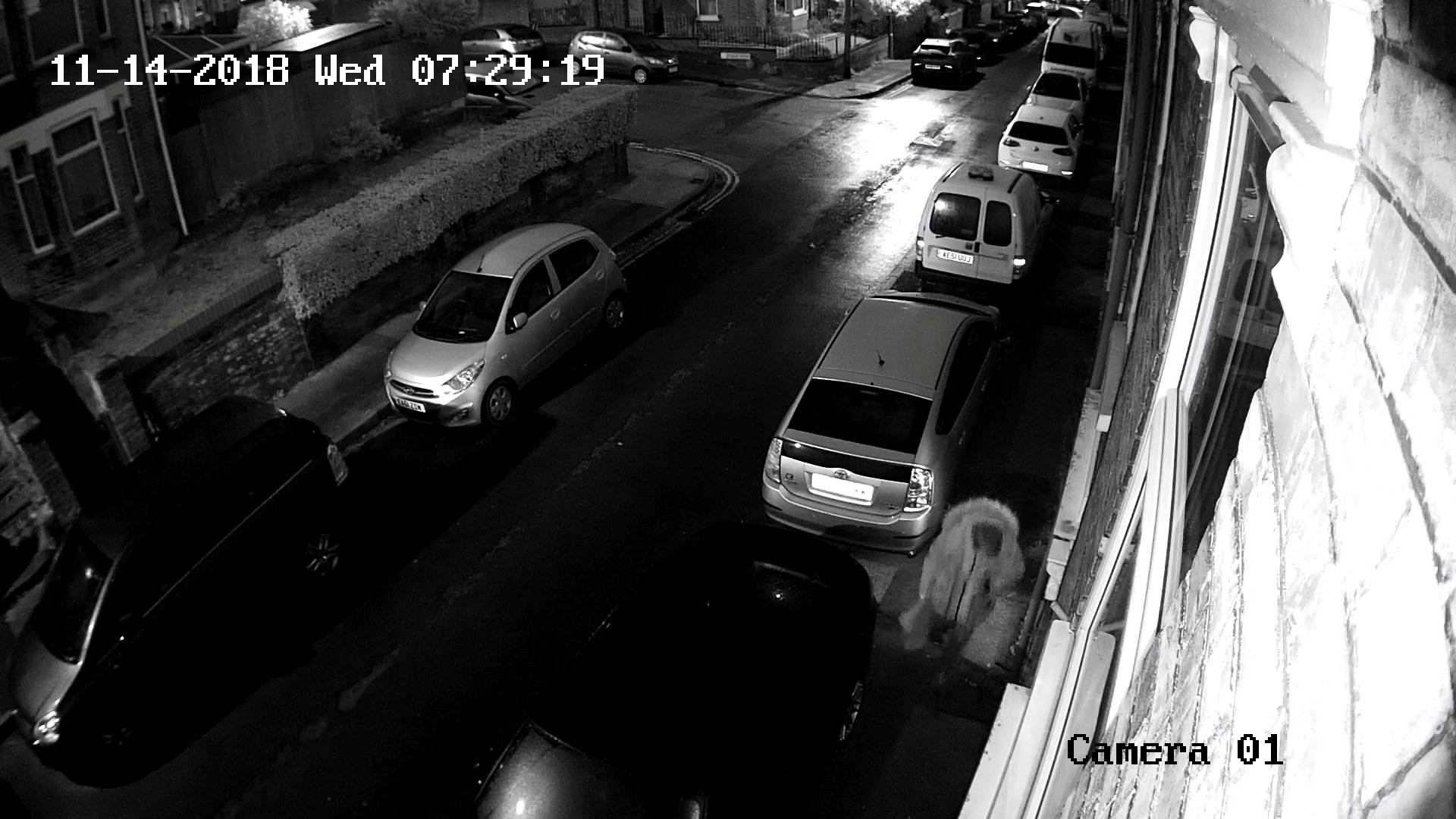 Despite the constant surveillance, the milk snatchers have not been identified by police and are still at large.

The father-of-one said: “Almost as soon as the milk was being delivered the bottles started going missing.

“I set up CCTV on the front of the house. Within a few days I got the first video of someone stealing our milk.

“The milkmen come very early, sometimes shortly after midnight, and the milk gets stolen any time between then and 7 o’clock in the morning.

“Each time it got taken, it was reported to the local police. Eventually they sent out a civilian investigator. They’ve been very proactive.

“But they don’t have anywhere to go with it because they can’t see a face clearly in the footage.” 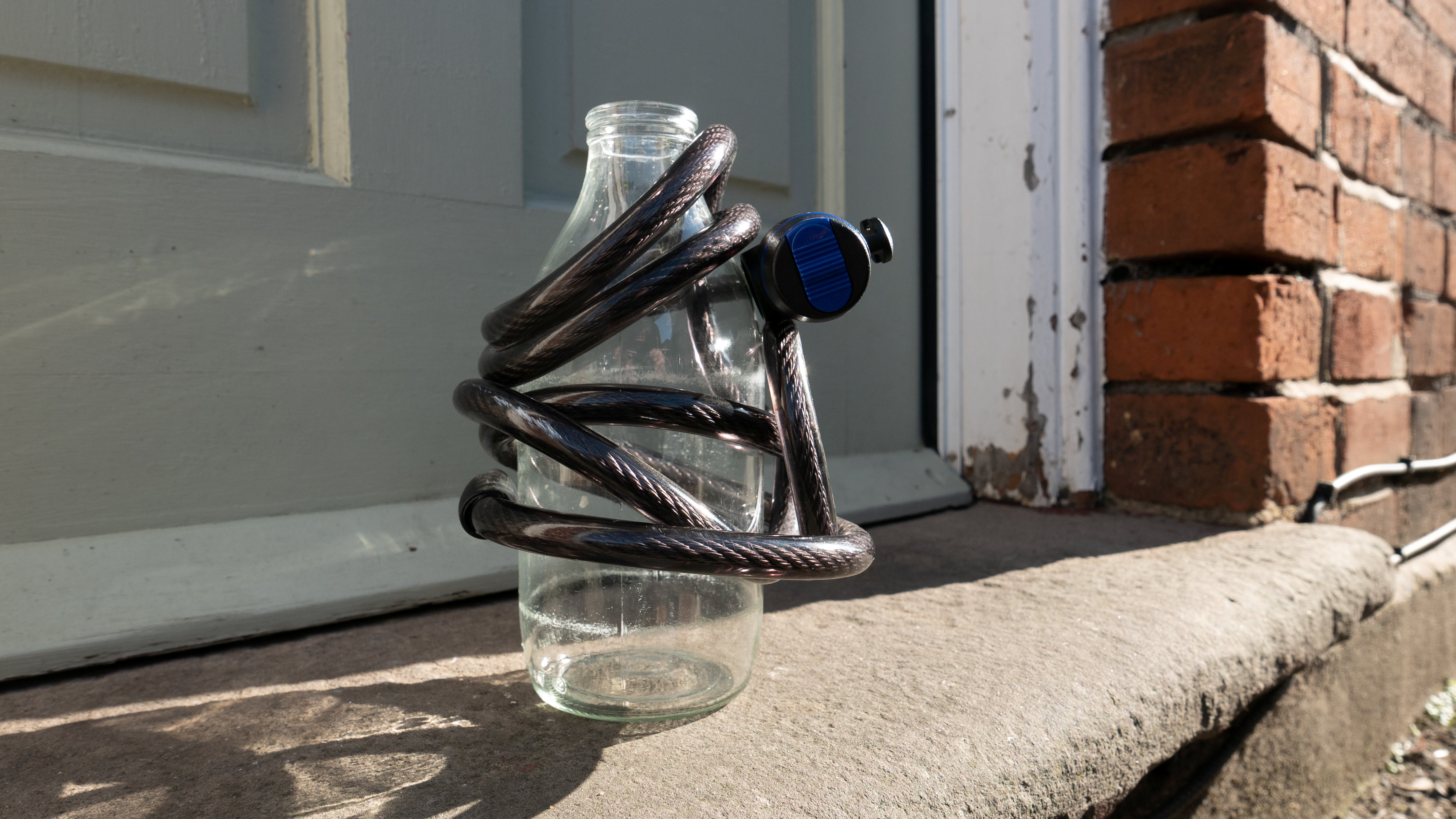 Andrew, who lives in Ipswich, Suffolk with his 42-year-old wife Emma and their seven-year-old daughter, estimates he has had around 50 bottles stolen so far, at a cost of up to £200.

The video footage – taken between October and February – shows a variety of what appear to be men and women passing Andrew’s door and stealing the nutritious deliveries.

Some fully pass the house before returning to grab the bottles, while one man rides by on a bicycle and then comes back seconds later on foot.

Andrew added: “The final straw was on Friday when I got a video of somebody stealing the entire delivery.

“Somebody stopped and took three pints of milk and a pint of orange juice.

“They should be looking for a thief with strong teeth and no scurvy.

“We’ve tried but we don’t want to provide milk for the entire street.”

Andrew has now cancelled the order with the company that delivers the milk.

He said: “The company offers lockable boxes for milk deliveries but one of our neighbours bought a lockable box and the box was stolen.”

He added: “We had decided to start getting our milk delivered to reduce plastic consumption, and partly because we’re lazy and it’s nice waking up and having fresh milk. And it’s tasty.

“This is theft of personal property but we’re not going to let it stop us doing the right thing.

“There are many other things we can all do to make a positive impact on our environment.”

A Suffolk Police spokesman said: “Suffolk police have received nine reports of theft of milk in relation to the individual concerned since October last year.

“Although the victim has provided us with a CCTV image of a suspect, it is not of good enough quality to assist our enquiries.

“However, this has been circulated to the local policing team and intelligence unit and will be included on a briefing document to officers.

“The crimes have been investigated as far as reasonably possible and at this stage there are no other lines of enquiry, pending any new information coming to light.”

China’s Young Influencers and the Rise of the Watchmaking Industry