Fenn Settle, 25, regained consciousness during an appendectomy at Huddersfield Royal Infirmary in March 2016, leaving him paralysed and unable to communicate on the operating table, pictured at home nead Bradford, West Yorks.

A man has spoken of the terrifying moment he woke up in the MIDDLE of a routine operation.

Fenn Settle, 25, regained consciousness during surgery to treat a ruptured appendix after the general anaesthetic wore off.

He remembers a sharp stabbing pain in his abdomen and feeling like he was “choking to death on a bottle cap” which turned out to be a tube inserted down his throat.

Despite being awake, Fenn says he felt paralysed and unable to communicate so operating staff had no idea that he could feel what was happening to him.

He tried blinking, wiggling his fingers and toes and, in a last-ditch attempt to get the attention of medics, he made a “conscious decision” to urinate on the operating table before he was then put back under.

Fenn says he felt “locked in his own body” and described the experience at Huddersfield Royal Infirmary in March 2016 as his “worst nightmare” come true.

The account manager said he next woke up in post-op following the laparascopic appendectomy and, despite his memory of the procedure, was told it was “all a dream”.

Fenn says a healthcare agency nurse had incorrectly noted down his weight at three stone lighter because of a “language barrier” just hours before the surgery.

He was sent letters from The Trust which say the level of anesthetic in his body was lower than it should have been.

He said: “I went down for surgery and everything was fine, I was put under but came round and felt like I had a bottle cap in my throat.

“I tried to spit it out but couldn’t and felt like I was choking to death. Everything goes through your mind like, ‘are you going to see your family again’?

“I thought I was going to die and tried to hold my breath so I would pass out quicker.

“I then realised I could hear voices, the beep of the machines and a stabbing pressure on my abdomen.

“I was able to figure out what was going on and that I was still in the operation.

“I couldn’t move, I was paralysed. I tried to open my eyes, scream, wiggle my fingers and toes.

“I was willing any part of me to do something. I made the conscious decision to urinate, it was the only thing I could do.

“It was that sort of feeling when you have three beers. I thought this will get their attention. I definitely could have held it in.

“In the post-op ward I said to the nurses ‘I remembered that’ but they said it was just a dream.

“The next morning I was seen by a doctor who said, ‘I’m aware you had some awareness of the operation’ but said whatever you do don’t google it because I would scare myself.

“Obviously, I immediately looked up what anaesthesia awareness was and found it may be down to medical negligence.”

Calderdale and Huddersfield NHS Foundation Trust has since apologised and given Fenn thousands of pounds in compensation in an out of court settlement.

Fenn, from Bradford, West Yorks., returned to work a week after the op but has since suffered from post-traumatic stress and flashbacks.

He continued to have trouble sleeping because of a recurring nightmare that he was choking for more than a year after the surgery.

“There was one night when my other half arrived home and I was just sobbing and didn’t know who I was,” he added.

“The hospital was denying it and I knew that it had happened, I thought I was going mental.”

Fenn had been booked in for what should have been a routine, overnight operation to have his appendix removed.

He needed the procedure after waking up in the early hours of March 2, 2016 with a shooting pain in his abdomen.

Describing the moment he woke up with pains, Fenn said: “I woke up in the early hours with agonising stomach pains.

“I called an ambulance but it was snowing and the call handler said they would send someone as soon as they could, but basically I wasn’t a priority.

“An ambulance still hadn’t arrived four hours later and my grandad then drove me to Calderdale Royal Hospital A&E department.

“I was told my appendix was about to burst and I was transferred to Huddersfield Royal Infirmary for the operation which was scheduled later that same day at 11pm.” 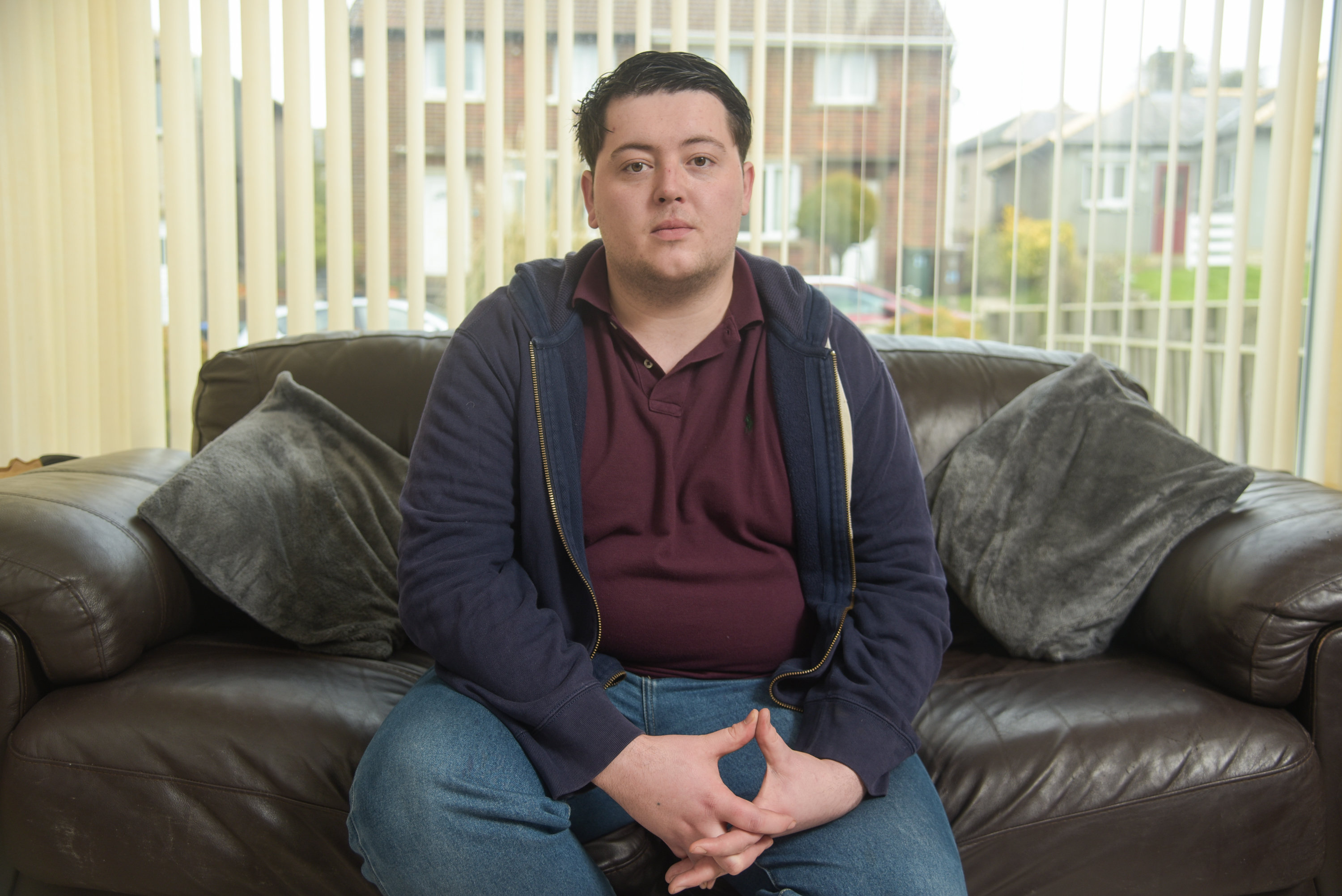 Fenn asked the NHS to investigate what had happened during the op and says staff incorrectly inputted his weight three stone lighter.

The shocking alleged mix-up came following what he claims was a miscommunication by staff because of a language barrier.

“There I was seen by a healthcare nurse who spoke very little English,” he added. “She didn’t measure my weight or height and guessed a ballpark figure.

“I weighed 18 stone at the time and she put down that I was three stone lighter.

“According to the doctor himself, that wouldn’t have made a huge difference but it would have made some difference. It was enough to wake me up.

“They also said the tube became disconnected so I wasn’t getting the anaesthetic. I only ended up with a portion that I was meant to have.”

Calderdale and Huddersfield NHS Foundation Trust has been contacted for comment.