Chris Matthews with his girlfriend.

A man revealed how CORAL in a fish tank poisoned him and other family members while he was cleaning it.

Chris Matthews, 27, was hospitalised along with his girlfriend, mum, dad, sister and her boyfriend, and four firefighters after they breathed in toxic fumes.

Experienced fish owner Chris was cleaning out a tank and moving the contents to another container when the accident happened.

In the process he took out a rock covered in coral and scraped it clean.

Inadvertently he released deadly substance palytoxin into the atmosphere, and then closed the door and went to sleep.

The following day the entire family suffered flu-like symptoms, and even their two dogs became ill.

Chris suffered breathlessness, coughing and fever which he said was ‘as bad as pneumonia’.

Over the course of the day, his mother, sister and her boyfriend all came down with varying levels of illness.

Chris realised that it was likely the family had been poisoned and dialled 999.

When his father, Ian, returned home from work, he was also taken to hospital.

Chris said: “It was worse than flu, we couldn’t concentrate on anything.

“We couldn’t regulate our temperature, we were struggling to breathe and coughing.

“We woke up the next morning feeling groggy but initially put it down to flu.

“It was when we noticed our two dogs had similar symptoms that we knew something wasn’t right.”

He added: “If we had spent another night in that bedroom our lives would have been in danger.

“Certainly our dogs would have been in a very bad way according to the vet.

“That is what is so worrying, what if there had been a young child or someone elderly in the house?”

A massive emergency services response was launched, including ambulances, fire crews and police arriving at the house in Steventon, Oxon.

The road was closed and a police cordon was erected.

Firefighters who were first on the scene were also taken to the John Radcliffe Hospital in Oxford, and they were released after a few hours along with three family members.

The others were kept in overnight so blood tests could be carried out.

The house was ventilated overnight while chemical officers from Oxfordshire Fire and Rescue worked alongside Public Health England to remove the rest of the coral.

Chris said: “I knew about palytoxin, which can kill you if ingested, and that coral can cause things like rashes if you don’t handle it carefully but I had no idea taking the pulsing xenia out of the water could make the toxin airborne.

“The information is not readily available online in a way people can easily understand and more needs to be done when people are buying these corals.

“I want to use this experience to educate people about the risks and the measures people need to take.”

He added: “I’ve seen the coral described as ‘exotic’ but it is actually one of the most common around.

“It’s a pest coral called pulsing xenia that you grow in areas where you can’t get anything else to thrive.

“It’s not expensive and a lot of people have it.” 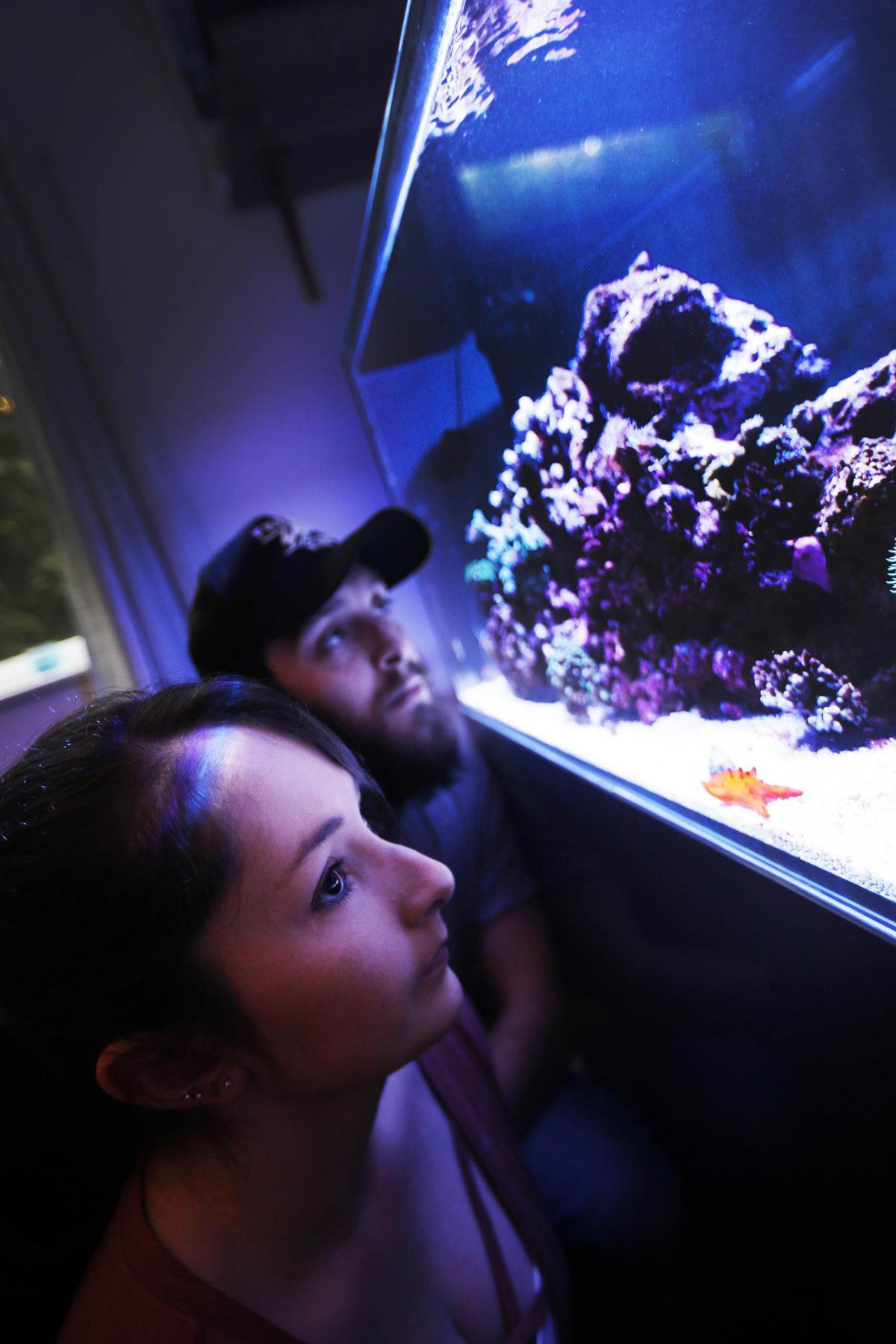 Chris has kept tropical fish for 12 years and said the experience would not put him off.

He said: “We’ve put more safety precautions in place, making sure we properly ventilate the room, but I love having fish and it’s something that both sides of my family have always done.

“I’ll be a lot more cautious in the future though.”