A man is kicking up a stink and has put signs in his window accusing the posh restaurant next door of pollution – over the smell of GARLIC.

Furious Richard Evans has been locked in a bitter two-year feud with the neighbouring Duets eaterie about the pong of the food.

He has repeatedly complained about the smell of garlic but has now put posters in the front windows of his house.

The sign says: “His extractor fan has been polluting my outside space for years – I’m sick of it!”

Mr Evans has lived next door to Duets in Weston-super-Mare, Som., for the past 30 years, having moved in a year after the restaurant opened.

He said: “Living next to a restaurant shouldn’t be a problem for me.

“It pollutes my back yard with the smell of garlic. In the summer, I’m sat inside with the windows and doors shut.

“I’ve lived here for more than 30 years and I’ve asked him over and over again, but he says ‘Don’t live next door to a restaurant’.”

Duets insists that Mr Evans’ posters have not affected trade – but the owners, husband and wife Sean and Lyn O’Flaherty, have admitted they find the signs “depressing”.

Sean said: “He moved in a year after us, and since he moved in his complaints have gone from noise to fumes. No matter what we do, it’ll always be something.

“We’re still running as normal, and we don’t want customers to be surprised by it.

“But it depresses me when I see it. I don’t think we deserve it after all the effort we have put in. It’s not very nice for the area.”

And his wife Lyn added: “We’re not awkward people. Sometimes, if we’re quiet, the fan may be on for 30 minutes.

“But we haven’t done anything wrong. We had the fan redone two years ago, when he first complained to Environmental Health about us.

“Even Environmental Health were surprised that he has complained to them again now. They said to him, we haven’t heard from you in the past two years – why now?

“He’s just an unpleasant character, really. He’ll stand in his back garden and shout over.”

Lyn continued: “The signs haven’t affected our business and we’d like to thank all our loyal customers and fellow business owners for their support and words of encouragement.” 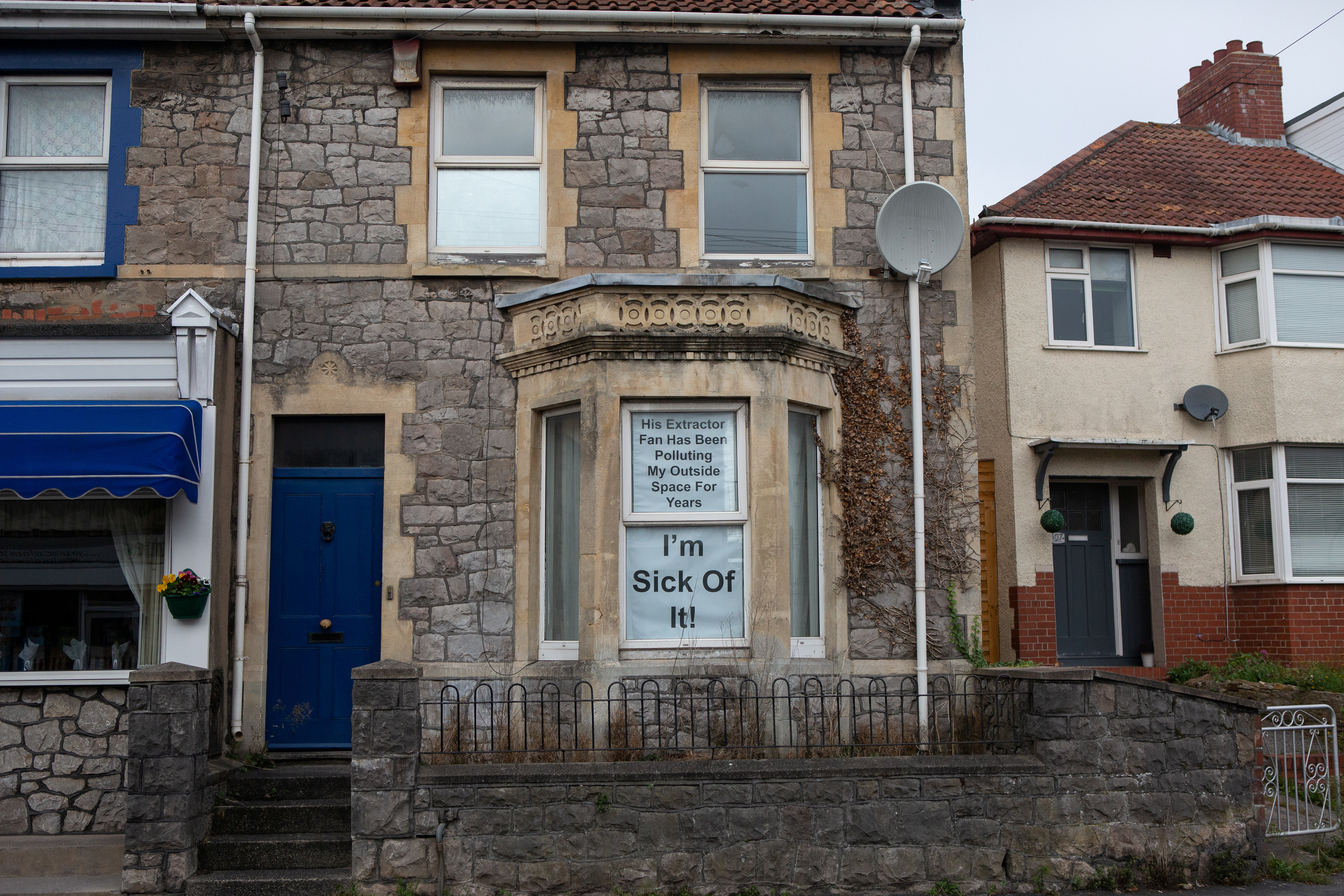 A sign in the restaurant’s front window reads: “You may have noticed a message from our neighbour in the window making derogatory claims about ‘extractor fan polluting my outdoor space’.

“Duets would like to assure its customers and residents that all noise levels emitted by our extraction system remain fully compliant with North Somerset Council’s assessment of noise pollution.

“We would like to thank all our loyal customers and fellow businesses for their continued support.”

A council spokesman has since said it was ‘satisfied’ that the issue had been handled in 2016, and it is investigating the new complaint.