This is the emotional moment a four-year-old girl with cerebral palsy walked for the first time after a life-changing operation - just in time for first day of school.

This is the emotional moment a four-year-old girl with cerebral palsy walked for the first time after a life-changing operation – just in time for first day of school.

Emmy King’s parents feared she’d be in a wheelchair for life after she was diagnosed with spastic diplegia aged 20 months, which caused her muscles to be constantly stiff.

But thanks to life-changing surgery in America, costing £85,000, her parents Carly and Dave were able to watch on as their four-year-old walked through the school gates.

Family, friends and strangers donated thousands of pounds to pay for the vital treatment in the USA.

The generous gesture meant Emmy was able to walk into school on her first day like all her classmates.

Emotional Carly, 32, from Lychpit, in Hampshire, said she smiled proudly as her “incredible daughter” walked into the classroom.

She said: “When Emmy was diagnosed with Cerebral Palsy as a baby, before I’d even left the consultant’s office, my mind jumped straight forward to this moment.

“‘Will she ever walk? Will she be able to go to a mainstream school?’

“Since the day she was diagnosed our entire family has worked tirelessly to make this a reality.

“One year of epic fundraising and two years of daily, relentless physiotherapy, and here we are. Our dream has come true.”

The operation, called Selective Dorsal Rhizotomy (SDR), was performed on Emmy before her second birthday.

Since then she has been having intensive physiotherapy to help her to stand independently and learn to walk.

Carly and Dave’s dream was to see Emmy walk into school on her first day with all the other children.

And two years after her surgery, that dream became a reality as Emmy proudly joined the other youngsters to start her first day at Old Basing Infant School.

Carly, a mother-of-two, described Emmy as “our hero and inspiration”, after winning her fight to stand on her own two feet.

She said: “Emmy is incredible. Whatever we have done to help her along the way, she has done all the hard work.

“Every day of her life. A more determined little girl you will not find.”

Carly added how she would be forever grateful to everyone who donated to her cause.

She said: “Those donations have changed her life and without them she wouldn’t have walked into school.

“She would have had to use her frame and it would be a completely different story.

“To have the independence to walk into school and not feel any different, that was always our dream and it really has come true, she can start school like all the other children.”

Despite being a day for celebration, Carly says the moment she watched Emmy walk into school felt normal.

She said: “I had built this moment up in my mind for so long, but it was just the same as when her sister Isla started school.

“But isn’t that amazing? It was just Emmy starting school.”

A week in at her new school, Emmy is said to be enjoying life as a student, and is already popular in the classroom.

“She’s full of confidence and so sociable and loves making friends, said Carly. 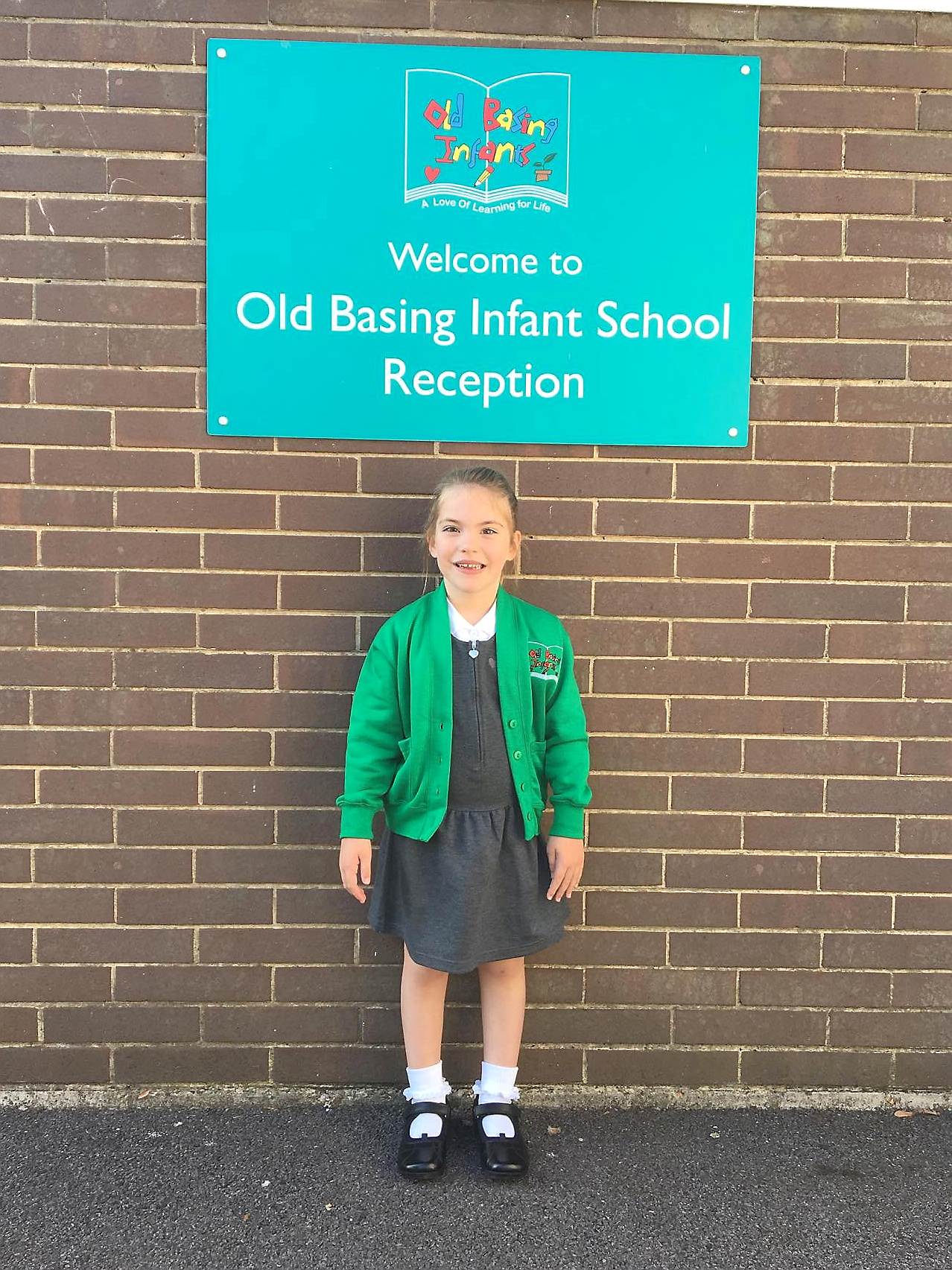 She added: “She almost can’t remember that she couldn’t walk.

“We do talk about it and how exciting it is that she’s worked so hard and encourage her that her physio has good results.

“I think she knows that we are really proud of her, but I think her first day was just like any other child’s first day, she was so happy to be starting school.”