A seven-year-old cancer patient has no fear of using hospital machines – after he became one of the first children given a kit to build them from TOY BRICKS.

Brave William has been given a kit of small bricks – designed to create an MRI scanner, a gamma camera and a CT scanner – which he can build to reduce his anxiety of the daunting clinical machines.

William – described as a “trooper” by his proud parents Paul, 37, and Laura, 34 – has courageously battled brain cancer twice since he was first diagnosed on October 27, 2016.

The plucky youngster was “obsessed” with playing with toy bricks at his home in Huddersfield, West Yorks., throughout his treatment.

So, when Professor David Brettle, 54, designed the kits to help youngsters across the UK, William jumped at the idea to build a replica of his own scanner.

William said: “I love playing with the kits. I think it would help people who don’t know what they are going to have.

The ‘Little Linac’ project – clinically launched at Leeds Children’s Hospital on January 16 – will allow courageous youngsters to build the models set to be used in their radiotherapy treatment ‘brick by brick’.

The machine – short for ‘linear accelerator’ – is the device most commonly used for external beam radiation treatments for patients with cancer.

The machine delivers high energy x-rays to the region of the patient’s tumour and is used to treat all parts of the body.

However, the machine can be scary for children to use due to a revolving piece close to their head.

Now – with the help of the unique model kits which can also be used to construct the machine – William has no fear of using the Linac device.

When asked by his mother if he was worried to go in the scanner, William even replied “Why would I be nervous? I’m not nervous.”

He is even able to place his favourite superhero models onto the scanner, which revolves and moves to replicate the real thing.

Describing William’s diagnosis, his father Paul said he started to feel in during 2016.

He added: “Every night he was saying he felt sick. We went through a two to three month process going to doctors, going to A&E and getting ignored.

“Eventually he got an MRI scan, where we found out he had a brain tumour.” 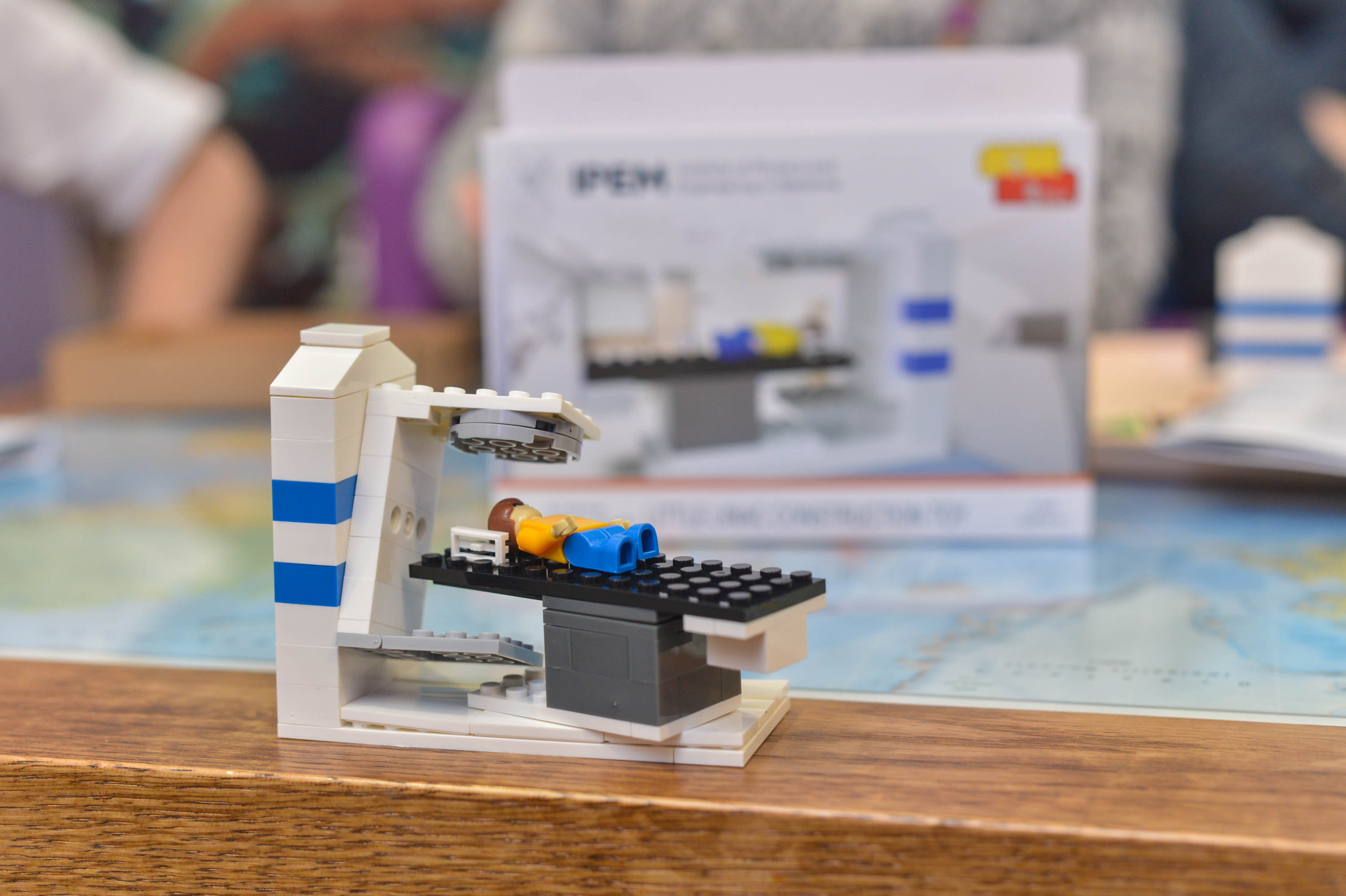 Inspirational William was rushed for surgery immediately before he underwent proton beam therapy in America in early 2017.

He then had planned chemotherapy for four months until June 2017, before a year without treatment.

However, devastatingly a routine MRI scan in October 2018 revealed the cancer had returned.

Laura said: “Since then, we have done lots of preparation and play to prepare William. Throughout all of this, William has been obsessed with Lego.

“It has got him through surgery and chemotherapy. He loves the creativity and the challenge of it.”

In an incredible photograph, William – who has been supported throughout his treatment by his elder sister Layla, ten – even built his own version of a scanner out of Lego bricks almost two years before he was given the ‘Little Linac’ kit.

Paul said: “This kit is brilliant for familiarisation of the machine. You can move the head of the machine, William can look at it and say ‘oh that is what I do.'”

William’s mother Laura said the more the kits can “normalise” using the scanner, the better for children.

Laura added: “The team at Leeds Children’s Hospital have been amazing. He managed the treatment mostly due to the treatment he received here.

“It made him familiar with the machines, playing with the Linac kits, everything.”

Paul said the preparation work has made his son’s experience easier to deal with.

William incredibly underwent scans in America without general anaesthetic due to his preparation at Leeds Children’s Hospital – becoming one of the youngest patients to do so in the USA.

The ‘Little Linac’ project is being rolled out to every children’s radiotherapy centre across the country.

The Little Linac project was the brainchild of Professor David Brettle when he was President of the Institute of Physics and Engineering in Medicine.

Professor Brettle, who is Head of Medical Physics and Engineering at Leeds Teaching Hospital Trust, said: “Toy bricks are every child’s favourite toy and are an ideal way to educate young patients about their treatment in a way that is designed to reduce their stress and anxiety, and so contribute to successful treatment sessions.

“After their treatment is over, my challenge to the children is to use the bricks to make something very different: a rocket, a rabbit, a robot, as part of their transition back to a more normal life.”

Professor Brettle spoke about how he originally came up with the concept of the kits.

He said: “About four years ago we built a larger mechanical version to give children to play to get over their anxiety.

“They are quite expensive to make so I went to a conference using model brick in a lecture I gave.

“I thought hang on a minute, why don’t, instead of one expensive one, make lots of cheap ones.

“On the way home I thought of building a little Linac machine out of bricks.

“I got home, got my son to get the Lego out of the loft and built one on the kitchen table.

“It all went from there.”

Professor Brettle described the incredible difference in patients after using the kits.

He added: “When you can physically relate to what is going to happen to you it allows you to overcome your fears in advance.

“The way the machine moves, the look of it, these young patients are in for a very long period.

“I think play is an essential aspect of conquering their anxiety.”

The kits have been sent internationally as far as New Zealand and Peru and the planned future is a self-sufficient model.

Professor Brettle said: “For every one sold, two are given to children for free.

“We have already sold enough to be able to give every child [in the same position] one next year.”