Jessie, a cat belonging to Sarah Deane from Southall, who was accidentally taken away by a Sainsburys delivery driver.

A kitten was accidentally cat-napped overnight by a Sainsbury’s home delivery man and taken on his rounds – after she jumped into his empty boxes on the doorstep.

Jessie the kitten was unwittingly driven for miles around west London after jumping into the crates on owner Sarah Deane’s doorstep when her back was turned.

The unaware delivery man stacked up and carried the boxes – and the kitten – back to his van and finished off his shift.

The next morning supermarket depot workers three miles away in Hayes, opened the back of the van and out jumped a terrified Jessie.

The one-year-old kitten was safely returned to her home in Southall the next day.

Mum-of-three Sarah, 34, said: “When we hadn’t seen her I was looking around thinking ‘she has to be here somewhere’.

“But I got the treats out and didn’t come.

“The kids were devastated.

“I cast my mind back and realised the last time I had seen her was when the delivery man was here and she was jumping in and out the crates.

“I thought ‘surely not’ but then she wasn’t anywhere else. She had to be there. That was the last time we had seen her.

“When I told people that my cat had gone missing because she’d hitched a lift with the Sainsbury’s man they thought it was unbelievable.

“I wasn’t annoyed that she had been taken – but was pretty keen to her get back.

“She is so stupid to be honest. I mean he must have carried her down in that box and she didn’t even miaow.”

Sarah, who lives with children Shannon, 15, Casey, 11, and Mason, eight, adopted indoor-cat Jessie a year ago.

She gets her shopping delivered from Sainsbury’s in Hayes every Friday.

Her mischievous kitten likes to jump in and out of the plastic crates on the doorstep which are used to bring the food to the home.

When Jessie went missing after the 5pm delivery, Sarah remembered seeing the kitten playing in the boxes – and couldn’t recall seeing her in the house since.

Worried Sarah called the delivery driver – who spent the rest of the evening driving around Sussex – but he said he couldn’t find the kitty in his van.

It was only when she phoned the depot the next morning to ask for the driver’s route – so she could retrace his deliveries – she found Jessie.

“They said she had jumped out the back of the van. She’d been in there all night.

“I told them to put down some food and she’d come to them.

Jessie was safely returned a few hours later by a pair of Sainsbury’s workers.

“She came back in the house really meowing at me, like I had kicked her out,” said Sarah. 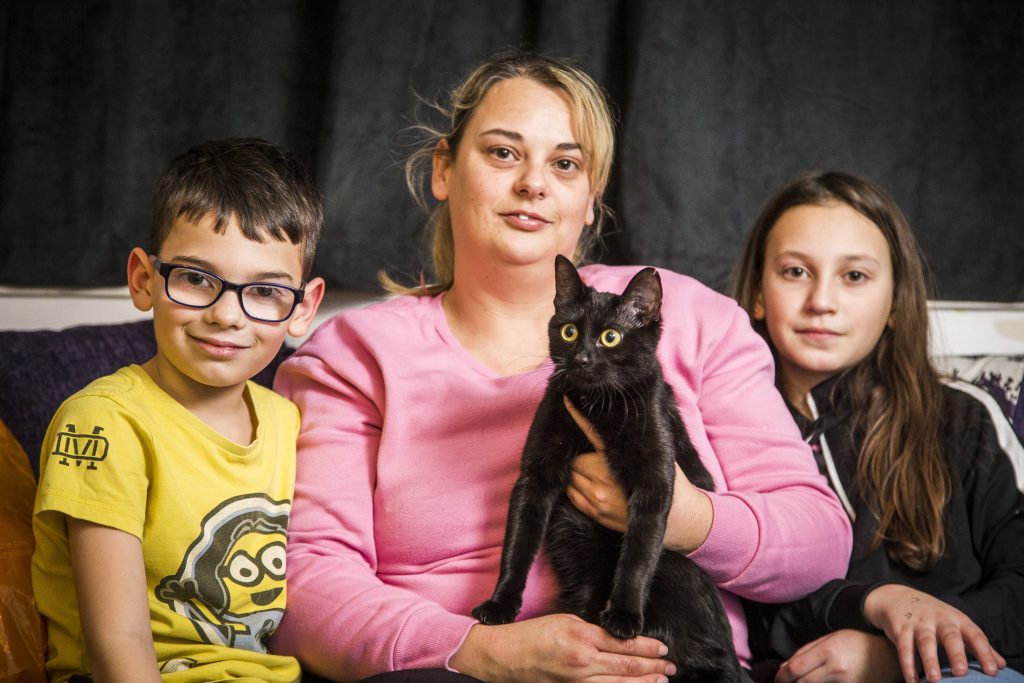 “She had a little cut on her ear. She came in, gulped down lots of food, and spent the whole day sleeping on my bed.

“The funny thing was when I had my shopping delivered this week they didn’t bring the boxes up, only the food.

A Sainsbury’s spokesperson said: “We’re grateful to our colleagues for reuniting Jessie with her owner.”