Collect of Kayla McCulloch, 10, from Clydebank, West Dunbartonshire, who is going on her dream trip to Disney's Magic Kingdom in Florida.

This is the joyous moment a ten-year-old girl who has a chronic liver condition discovers she’s been picked for a dream trip to Disney’s Magic Kingdom in Florida.

Kayla McCulloch burst into tears when she learned she had been selected for the once in a lifetime trip for her charity work.

Kayla suffers from Autoimmune Hepatitis – a condition where the body’s immune system attacks the liver cells.

The youngster, from Clydebank, West Dunbartonshire, was named a youth champion in a civic awards ceremony in 2017 for raising thousands for other children with liver disease.

And now after putting other people first for so long, Kayla will have the opportunity to tick off one or two things from her bucket list.

Kayla had been nominated for a Dreamflight holiday of a lifetime by the liver team at the Royal Hospital for Children in Glasgow.

The family found out she had been accepted for the October trip last week and although they tried to keep the surprise until her birthday on Friday, they just couldn’t wait any longer.

Mum Elaine said: “It was very hard to keep it quiet because we were all just excited and happy for her.

“People don’t see how deserving she is because they don’t see her when she has her struggles and when she is in a lot of pain.

“Even if she gets a transplant it could be a year 10 years away and she’ll still have the condition – it’s lifelong.

“I try to keep it positive because that’s Kayla’s personality.”

Despite her illness, Kayla’s raised around £6,000 for the Children’s Liver Disease Foundation (CLDF).

She’s part of the light up Yellow campaign and is encouraging different parts of the UK to take part to raise awareness of liver disease.

Having got diagnosed in December 2015, Kayla spent quite a while in hospital but soon after getting out she started fundraising.

“Big Yellow Friday was her first fundraiser and she’s just kept on going from there,” said Elaine.

“I’m always amazed, she’s so resilient. She’s always got a big smile on her face and she’s very caring for others.

“Her big sister Chloe (13) has helped her a lot. Chloe’s had to adjust a bit to her sister’s condition, but she’s very mature and helps her with her fundraising.

“The charities have been amazing as well in helping Chloe understand what her sister’s got.” 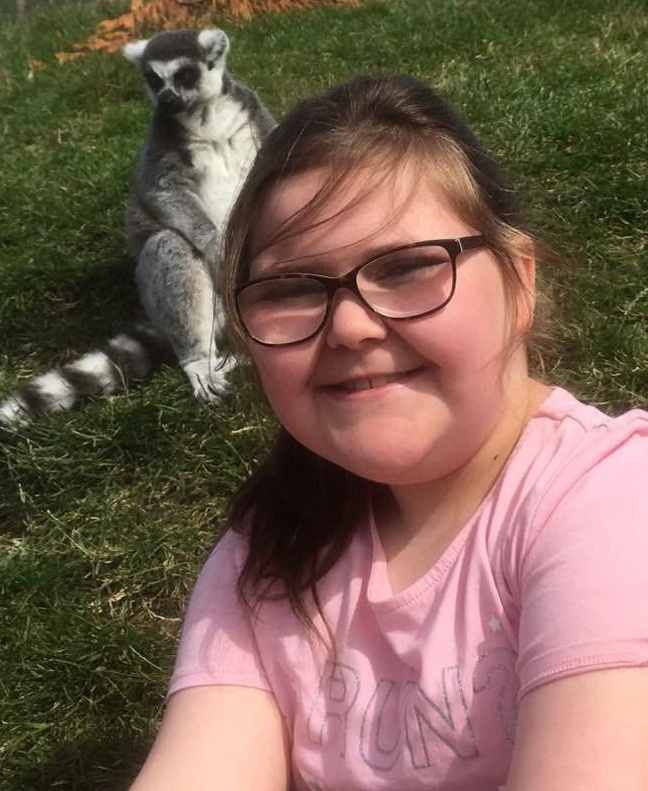 Kayla will start her journey on October 13 and will return on October 23. she will visit Disney’s Magic Kingdom and the Universal Studios and will take part in activities such as swimming with dolphins.

Stay-at-home mum Elaine said Kayla’s reaction when she found out was overwhelming for the whole family.

She said: “We were basically all crying. The only person that held themselves together was my husband.

“A lot of my extended family; grans, granddads and aunties were all emotional because we know how important this is for her.

“Ticking things off her bucket list is important because life can’t be taken for granted for her.” 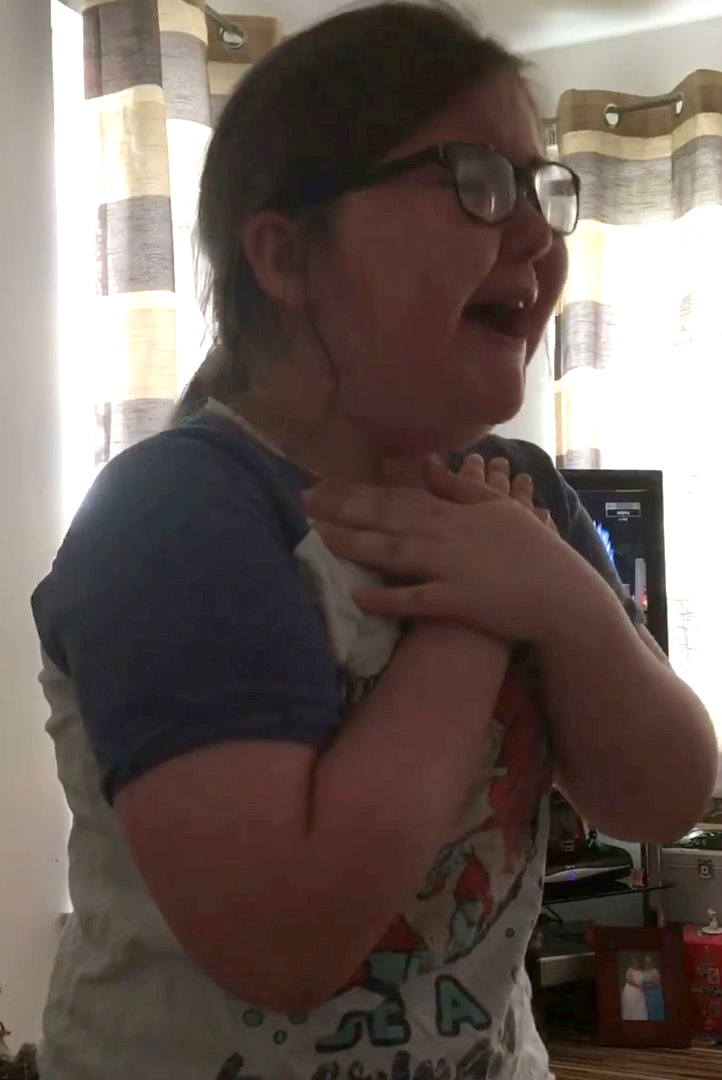 Kayla faces the prospect of a liver transplant at any moment but that doesn’t phase the brave girl, who tries her best to lead a normal life by attending school and taking part in extra-curricular activities such as sports days.

Elaine added: “You can’t give up. She’s a very resilient little girl.

“She goes through hard times. People don’t see what goes on behind closed doors.

“They see her do her fundraisers but they don’t see her when she’s poorly. It’s hard to describe how much it means, not just to Kayla but to us as a family.

“She tries to go to school full-time and she takes part in everything. She still does sports day, even though she gets tired quickly.

“She wants to be a normal child, which is important. It doesn’t matter what life throws at her, she’s always got that smile on her face.”