David Steele who has lost 12 stone in just 13 months from working out in his tiny gym.

A joiner who scoffed more than 8,000 calories a day has shed remarkable 12 stone in just 13 months after ditching his dirty diet to become a personal trainer.

David Steele, 27, tipped the scales at a whopping 26st 9Ibs after gorging on double bacon and haggis rolls, packets of crisps and three tins of energy juice a day.

The foodie says his weight spiraled out of control when he stopped going to the gym after work commitments piled up.

The slim personal trainer now wears medium sized tops and has taken more than 10 inches off his waist — dropping to an incredible 32-inch waist.

After his wedding day pictures from May last year, a shocked David sais he felt it was the right time to try and lose weight.

The dad-of-two from Edinburgh has now managed to shed 12st 6Ibs in just 13 months — now weighing in at 14st 3Ibs.

David says he had to “stop making excuses” for himself and start valuing his health “a bit more”.

He said: “Just bending over to put on my shoes and tie my laces, I was out of breath and I was constantly tired all the time.

“I felt so horrible, I felt like I was trapped in another man’s body. Mentally I could be active but physically I just couldn’t do it.

“When my wife, Stephanie, and I got back from our honeymoon at Cape Verde I had a look at the pictures and I just hated what I was looking it.

“It was the heaviest I’d ever been. I just couldn’t take it anymore, I had to change it.

“My problem was the fact that I had an excuse for everything and I was always hungry.

“I think I was consuming 8,000 calories or more. I loved a lot of Monster Energy drinks and double rolls of bacon and haggis.

“I would drink the Monster Energy drinks and tell everyone it was similar to them drinking coffee every morning.

“There was even a time in my life I went to doctors to say I was suffering from depression but it was really the weight that made me feel like that.

“I couldn’t even have fun with my kids, I wanted to stay in all the time because I didn’t want anyone to see me.” 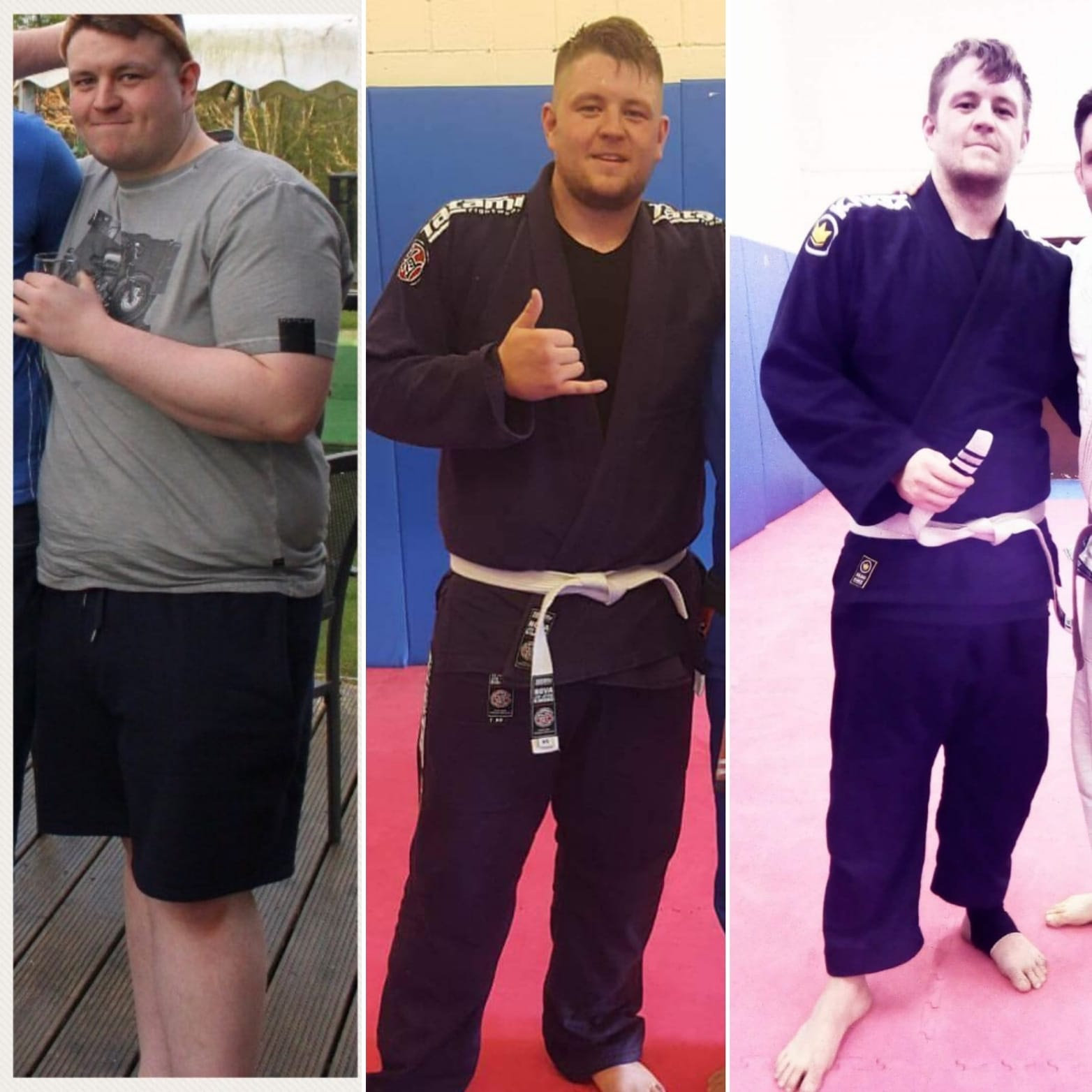 David was working as a joiner when his weight spiralled out of control.

But when he began his weight loss journey in June last year, he decided to follow his heart and find a job he could turn into a hobby.

The dad to David, eight, Erin, three, quit his job in July last year and went to college to study health and fitness and later went on to become a personal trainer.

He added: “I’ve always tried all sorts of diets throughout my life but I have been unable to maintain it.

“When I was younger I did boxing and MMA and I wanted a gym with something similar to that.

“But little did I realise that there was a Brazilian Jiu-Jitsu gym not far from my house.

“I went for a class and I just loved it. I would go twice every week then suddenly that started to increase to four days a week then it became six days a week.

“When I first lost a stone I knew I had to keep going. I always wanted to join a gym but I was too insecure.

“I just had the fear that everyone would look at me and I just couldn’t face people. I created a home gym at my mum’s house and my confidence grew from there.

“For me, I wanted to be somewhere away from people and once they saw me I wanted them to be shocked, it would be like I would have unleashed the beast.

“I train in the gym where I work now but I still like my home gym, I still go there sometimes.”

David says despite his epic weight loss his biggest insecurity now is his loose skin.

He said: “I feel great now, it’s hard to believe that I have ten per cent body fat.

“It’s just hard to see because of the loose skin. That is probably my biggest insecurity, especially around my stomach.

“Hopefully I can get it removed through the NHS, if not, then I will see if I can go private or something.

“I am eating anything I like but I monitor it a bit more and I am not overdoing it.

“I feel like a teenager now, it’s amazing. This is how I should be feeling.” 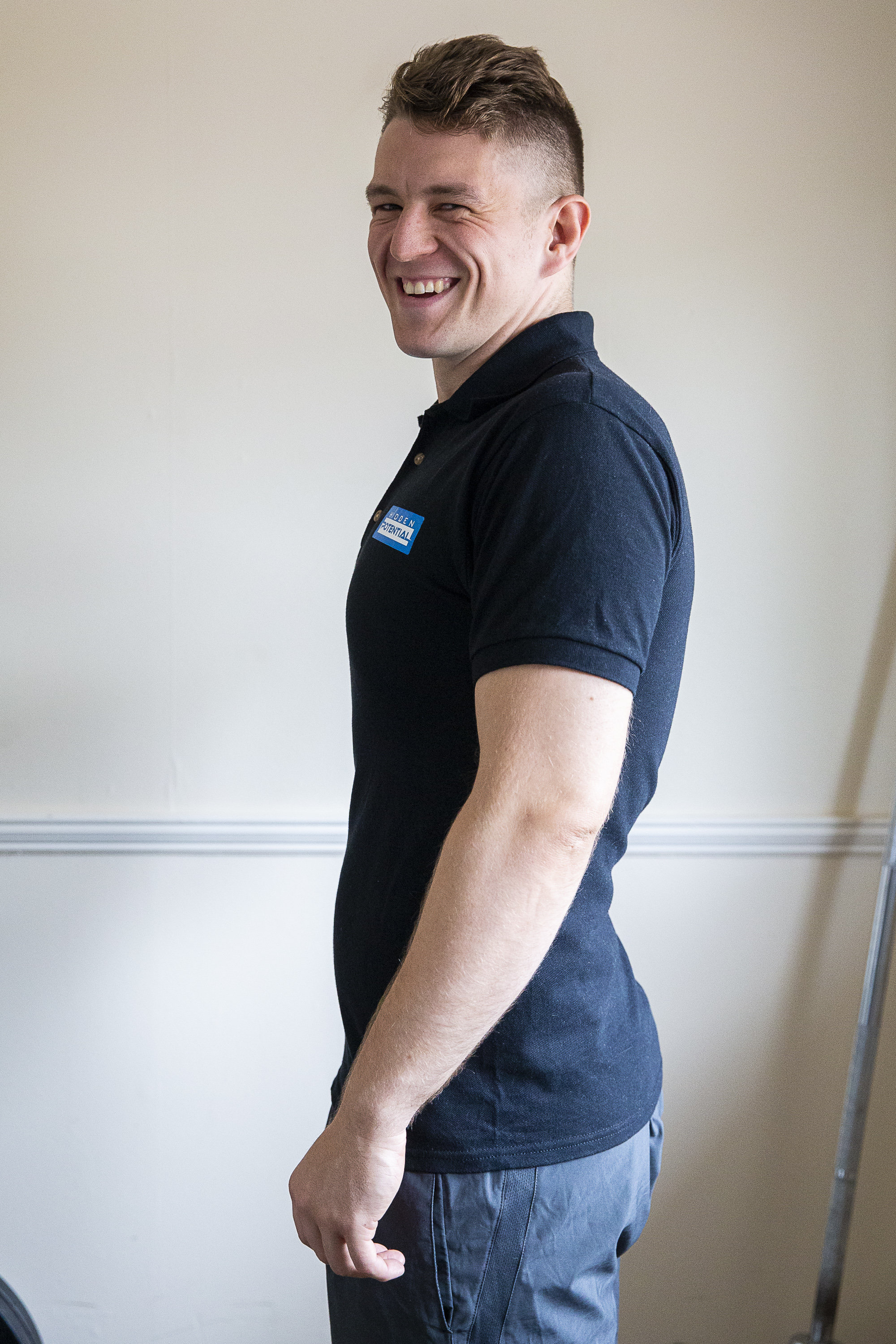 David says he would have struggled to lose the weight if it wasn’t for wife Stephanie, 28, who is a jewler.

He said: “My wife is really happy for me and she made a comment saying now everyone can see me the same way she sees me.

“I guess she wants people to see why she fell in love with me.

“She has been with me at my worst and now she is getting to see my best, she’s just amazing.

“She stuck by my side and pushed me to continue working hard.

“I just want people to believe that they can do it. If I’ve been through this journey then everyone else can follow suit.”

Dinner – Mac and cheese, a packet of crisps.

The Future of Meeting Rooms