Jean-Charles Naouri: the success story of a mathematician who became a key player in global retailing

by Jess Young
in Business
0

If we were to describe Jean-Charles Naouri in a few words, these would undoubtelly be excellence, commitment and business intelligence. Thanks to these fundamental values, the talented CEO has been able to grow and develop one of the strongest retail groups in France: Casino Group. The Brand has also a large presence overseas (especially in South America), and according to their latest moves they plan on keep growing worldwide one step at a time.

Recently, Casino Group has entered into exclusive talks with Auchan Retail to build a global strategic partnership for their food and non-food purchases. On the same premises, Casino Group has also established a Prime partership with Amazon, which will enable one of the group brands (Monoprix) to become the first French retailer to sell groceries through Amazon. But to be able to understand the great situation in which Casino is located nowadays, we must go back in time.

The key to success: Casino Group

Casino Group is a well-established and key player in the French retail industry as well as a leader in the global food retail market. With more than 12,000 stores worldwide – in France, Latin America and in the Indian Ocean region, a workforce of over 220,000 people driven, the succesful group made €38 billion in 2017 on consolidated net sales.

Casino has been in the retailer’s game for 120 years. Born as a small local store back in 1898, it was doing pretty well in France even before Jean-Charles Naouri took charge. But it wasn’t until the merger of Rallye with Groupe Casino back in the 90’s when the whole potential of the group started to make the difference. The key point of this success begun when Naouri took over the management of the new entity in 2005 as Chairman and Chief Executive Officer, a position he still holds in 2018.

Nowadays, Casino Group brings together more than twenty successful brands working both online and offline. One of them is Monoprix, whose acquisition took place between 2000 and 2012 and ended up being one Naouri’s best shots ever. Today, Monoprix develops six satellite brands including Monoprix, Monop’daily or Naturalia in 789 stores. Casino quickly made mark on the web too: in 2000, the brand acquired the e-retailer Cdiscount. The online shopping site was originally dedicated to technical goods, but it quickly opened its doors to other types of goods, including furniture and even food. 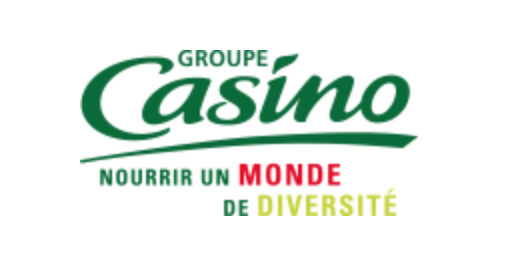 The artificer: a mathematician entrepeneur with financial engeeniering skills

Jean-Charles Naouri was born in Algeria on 1949 in a middle class family. Always a bright student with a strong scientific spirit, he made it into a Grande Ecole (École Normale Superieure – ENS), which works as a platform for a select group of students seeking careers in government or academia –Jean-Paul Sartre himself attended this very school. Then Naouri went to Harvard University (USA) to complete his education, and later returned to France to pursue his PhD in Mathematics and to study Administration at the École Nationale d’ Administration. After graduating with honors, he worked for the Treasury Department right before being appointed Chief of Staff to the Minister of Social Affairs and National Solidarity. After two years in this position, he took over the cabinet of the Minister of the Economy, Finance and Budget and actively participated in the reforms of the French financial system and deregulation of financial markets.

In 1987, Mr Naouri left government service and joined Rothschild & Cie Banque as Managing Partner. Once there, Jean-Charles Naouri creates his own investment fund (Euris) in 1987, with which he started to develop some business projects. In 1991, he bought the Breton distributor Rallye convinced of his potential despite the serious cash flow challenges it was facing at the time. Shortly after he joined the Casino group, becoming the largest shareholder Group only a year later.

But business is not Mr. Naouri’s only concern: he is also commited to social causes. In 2000, he founded the Euris Foundation, which grants 40 scholarships to promising high school graduates from impoverished neighbourhoods in France each year. He is also Vice Chairman of the Groupe Casino corporate foundation, which he founded in 2009 to improve access to culture and knowledge for children who are disadvantaged or suffering from illness. At the same time, he became Chairman of the Talent Promotion Association, which brings together various companies that provide financial support to young entrepreneurs.

Tips for Entrepreneurs on Investing in Real Estate