This incredible video shows sharks swimming off the UK coast - and even nibbling the camera.

This incredible video shows sharks swimming off the UK coast – and even nibbling the camera.

Aaron Barrett, 31, was on a boat trip with his family when he encountered the school of blue sharks.

He was initially afraid but soon grew comfortable with the 7ft sharks, and said they were less scary than his pet Jack Russell.

He said swimming with the sharks was a ‘dream come true’, but things got a little close for comfort when one of the sharks nibbled his camera.

Aaron, a window cleaner, found the sharks about 20 miles off Plymouth, Devon, after ‘chumming’ the water with mackerel.

Initially one shark arrived and Aaron quickly jumped into the water, but then lost sight of the shark.

He said: “I was cautious – people say you can swim with them and it’s fine but I was quite apprehensive.

“I couldn’t figure out where it had gone. That was a bit scary. It’s so deep there. Even though the water is so clear, you can’t see anything.

“I wasn’t sure if they were underneath us.” 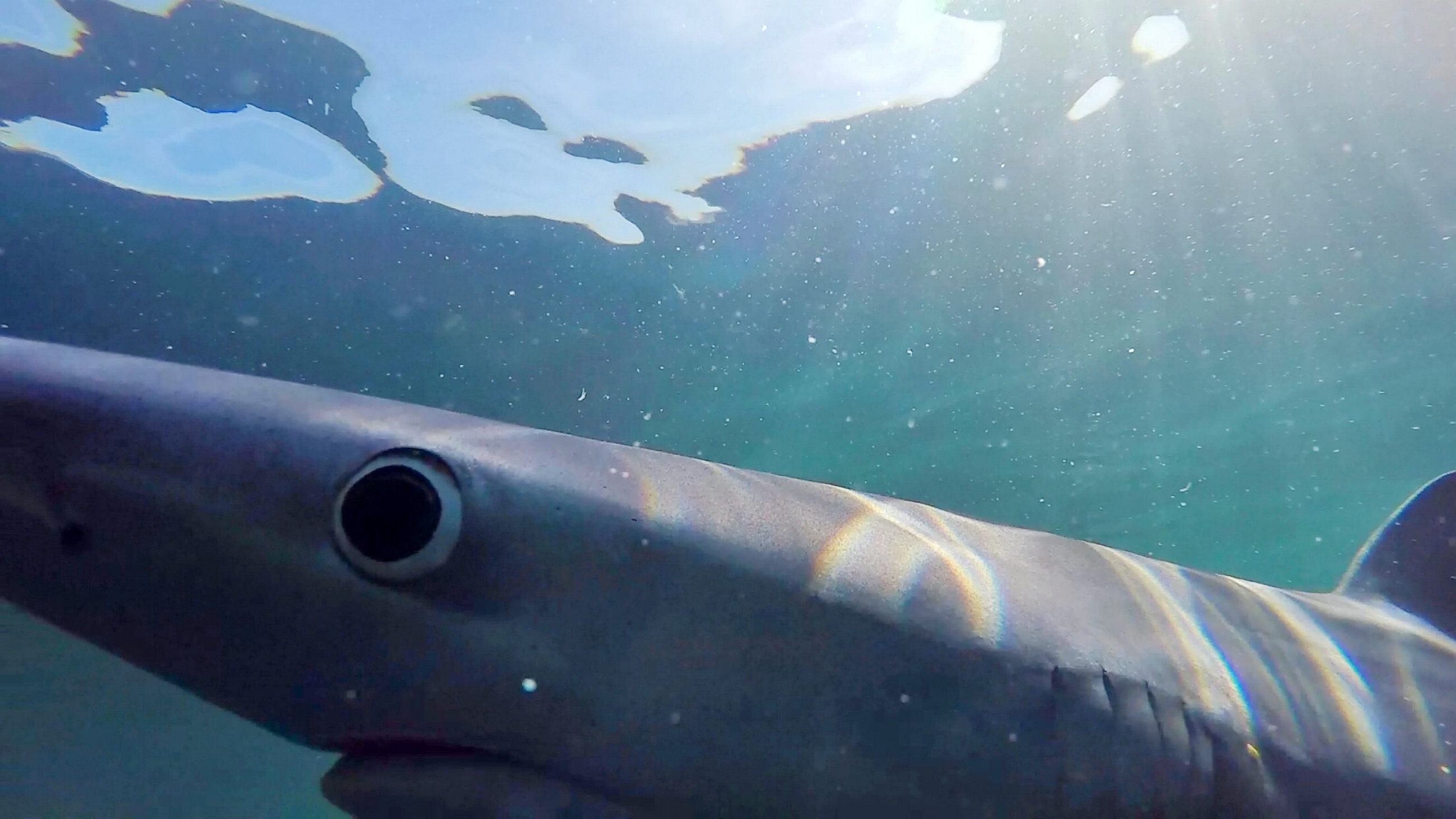 Their patience paid off and after about five minutes two sharks appeared – shortly followed by a several more.

Aaron continued: “In the distance they have that distinct shark look and you think ‘what am I doing?’ but then they came in real close and that’s when I started to feel really comfortable.

“I moved out from the boat and started to swim alongside them while touching the dorsal fin and also guiding a few inquisitive ones away from me.

“To be honest, at the time I was thinking ‘this is so cool I no longer want a dog I want a shark’.

“I actually felt safer with them than being with a Jack Russell.” 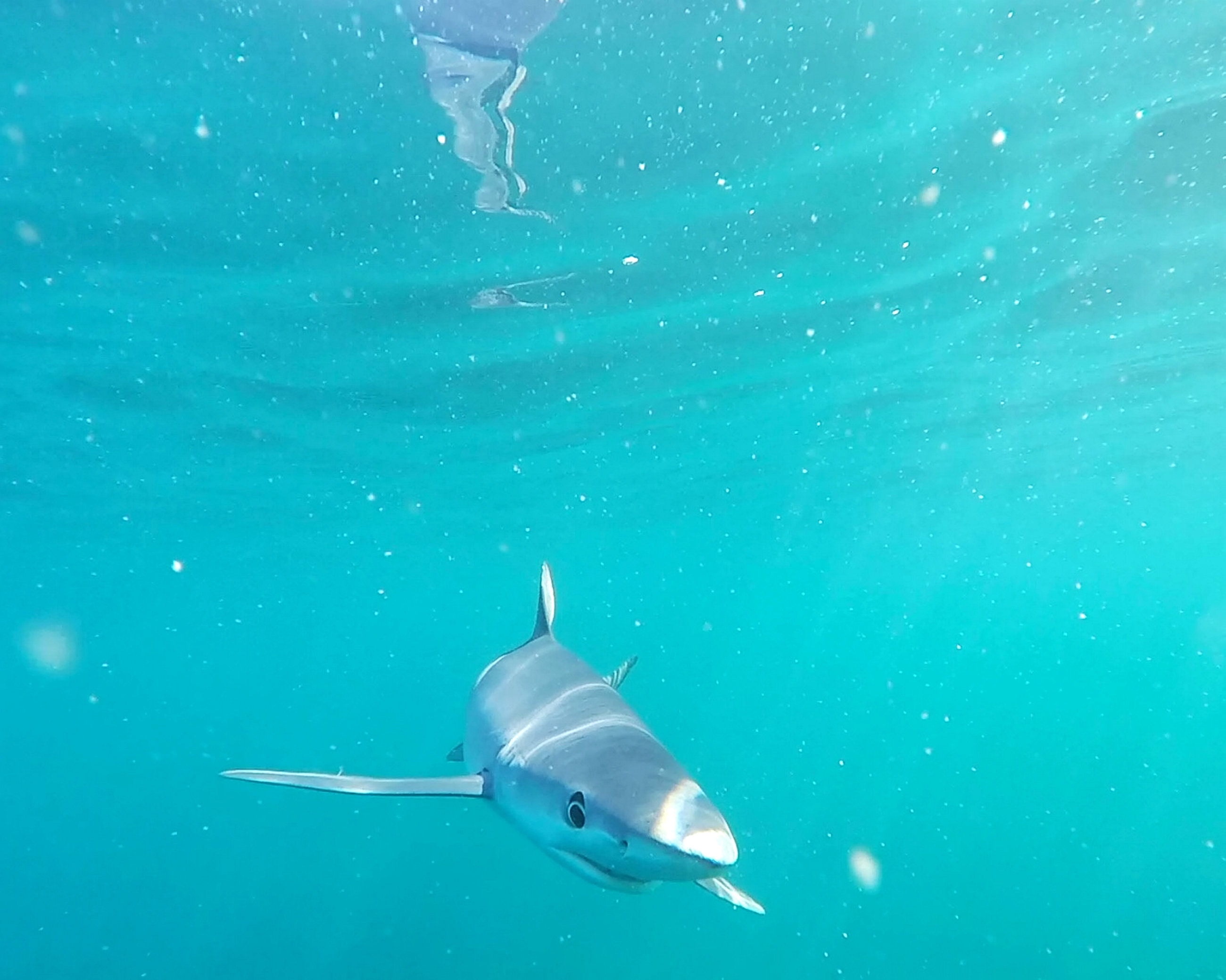 At one point, one of the sharks opened its mouth.

“It took a little bite at the camera. I think they’re quite inquisitive, they kept coming back.”

Aaron, who is a keen photographer, described the encounter as an “awesome experience” and hopes to get up close and personal with them again soon.

“We’re already planning our next trip,” he said.

Maksym Kryppa about iPhone SE2 : “To be, or not to be”