Ortho patient Justine with her grandfather after surgery to correct her bowed legs.

These incredible photos show the transformation of a little girl whose bowed legs were twisted – completely BACKWARDS.

Justine, 11, suffered from a growth disorder that left her feet facing 180 degrees in the wrong direction.

But her condition did not stop her skipping, playing football and climbing trees – but meant her 4km walk home from school took her hours.

Surgeons from the charity Mercy Ships cut the bones in each leg, untwisted her limbs and set them back in place with plaster casts.

Five months on she proudly walked down the gangway of a hospital boat all by herself – and can now go to school and play the same as all her classmates.

The smiling schoolgirl, from Yaounde in Cameroon, said: “There’s nothing I can’t do now.”

Justine was born with Blounts disease – a growth disorder of the shin bone which causes the lower leg to angle inward.

It is understood her severe case got worse as she grew older, until her feet were facing completely the wrong way.

She was carried up the gangway of Mercy Ships by nurses in September last year, hoping to get treatment.

The charity uses hospital ships to deliver free, world-class health care services to less-developed parts of the world, and this trip was Canadian-funded.

A spokesperson for the charity said: “Justine was the first patient up the gangway at the start of Mercy Ships field service in Cameroon.

“Her favorite hobbies are running, playing jump rope, playing football, hide and seek, climbing trees – all very physical, hands-on activities – she didn’t let her severe limitations hold her back from them.

“But Justine had to have special transport arranged for her to be able to go to school, and on the days it fell through, she had to walk 4km to school and back by herself which took a very long time.

“Kids were often mean to her; would tease her and run because they knew she couldn’t chase them.”

Justine was on the ship for surgery, and pre-op and post-op care, and also stayed at the off-ship Hospital Out Patient Extension Centre. 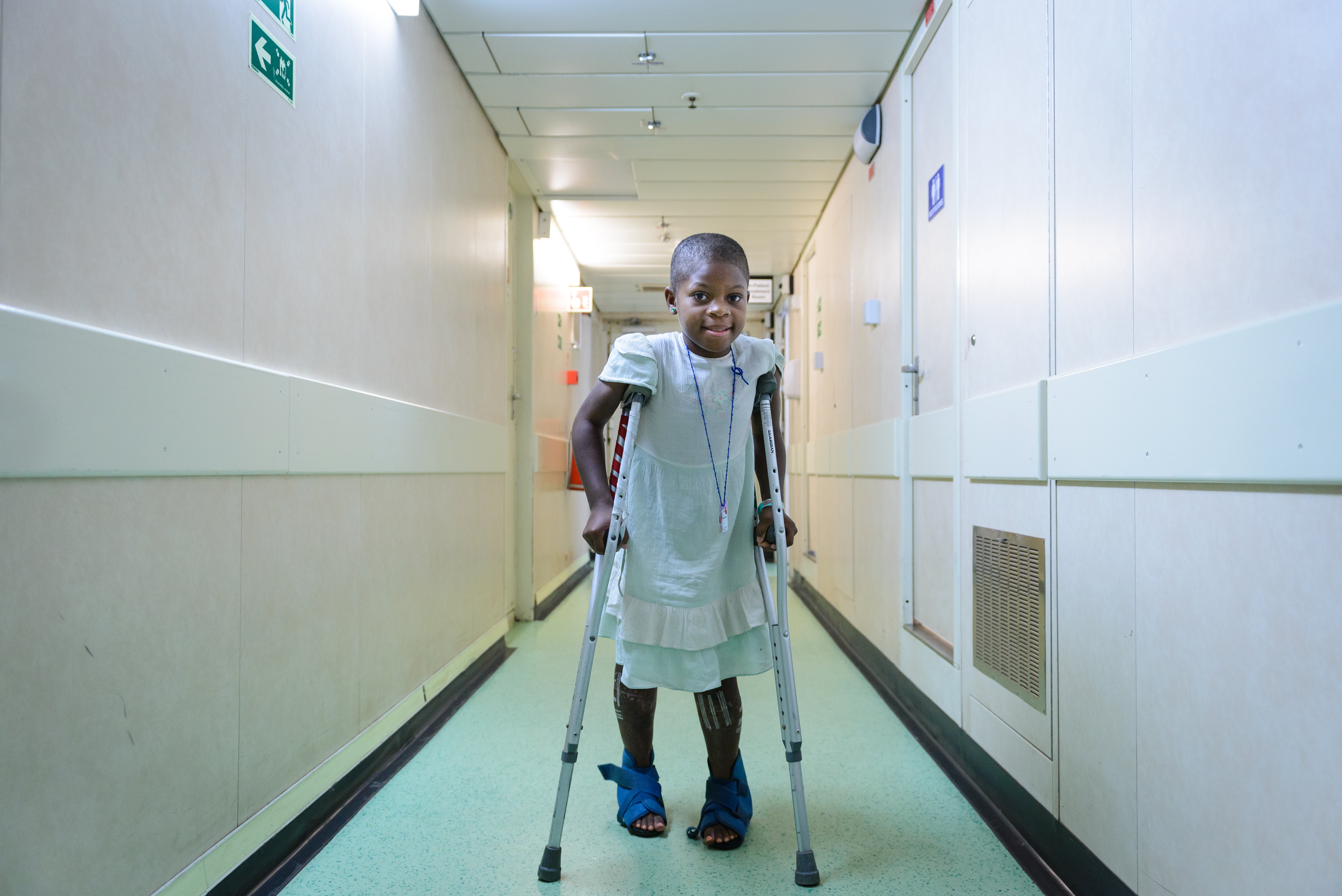 Orthopedic surgeon Dr. Frank Hayon said: “Justine had an extreme case of Blounts disease with angular and rotational deformities of both legs rotating her feet 180 or essential backwards.

“To correct the deformity required us to do osteotomies or cut the bones in each leg and untwist her legs.

“She was held in long leg walking cast until the bones were healed.

“Once out of cast she worked with the rehab team prior to discharge.”

Mercy Ships was founded in 1978 and has worked in more than 70 countries.

Flavoured burritos, crepes and BROWNIES are among the St Patrick’s Day treats being offered by Britain’s takeaways

Flavoured burritos, crepes and BROWNIES are among the St Patrick's Day treats being offered by Britain's takeaways