This is the once-in-a-lifetime moment a British swimmer caught on camera a 2,000-strong shoal of rare migrating rays.

This is the once-in-a-lifetime moment a British swimmer caught on camera a 2,000-strong shoal of rare migrating RAYS.

Conservationist Jay Gittens, 44, initially thought the enormous ‘shadow’ below the surface was a whale shark or humpback whale.

Amazed Jay slipped into the water off La Paz, Mexico, and freedived with the enormous group of Pacific cownose rays.

While the eagle rays are not endangered, it is very rare to capture such a large group moving together.

Quick-thinking Ray from London clicked on his Go Pro camera and captured staggering photos and footage – which look like a real-life M.C. Escher painting.

Jay, who works with conservation project Whale Shark Diaries, said it was his “number one best wildlife encounter”.

He said: “I couldn’t believe my eyes.

“Rays are often seen in groups but to see a school this large is a first to me in four years of regularly scanning this water body.

“I called to our two guests to don their snorkel gear because we are going to swim the rays.

“I gently slipped into the water so as not to startle them. Often rays like these will quickly swim away when approached but they didn’t.

“They almost resembled a flock of birds flying through the sky. 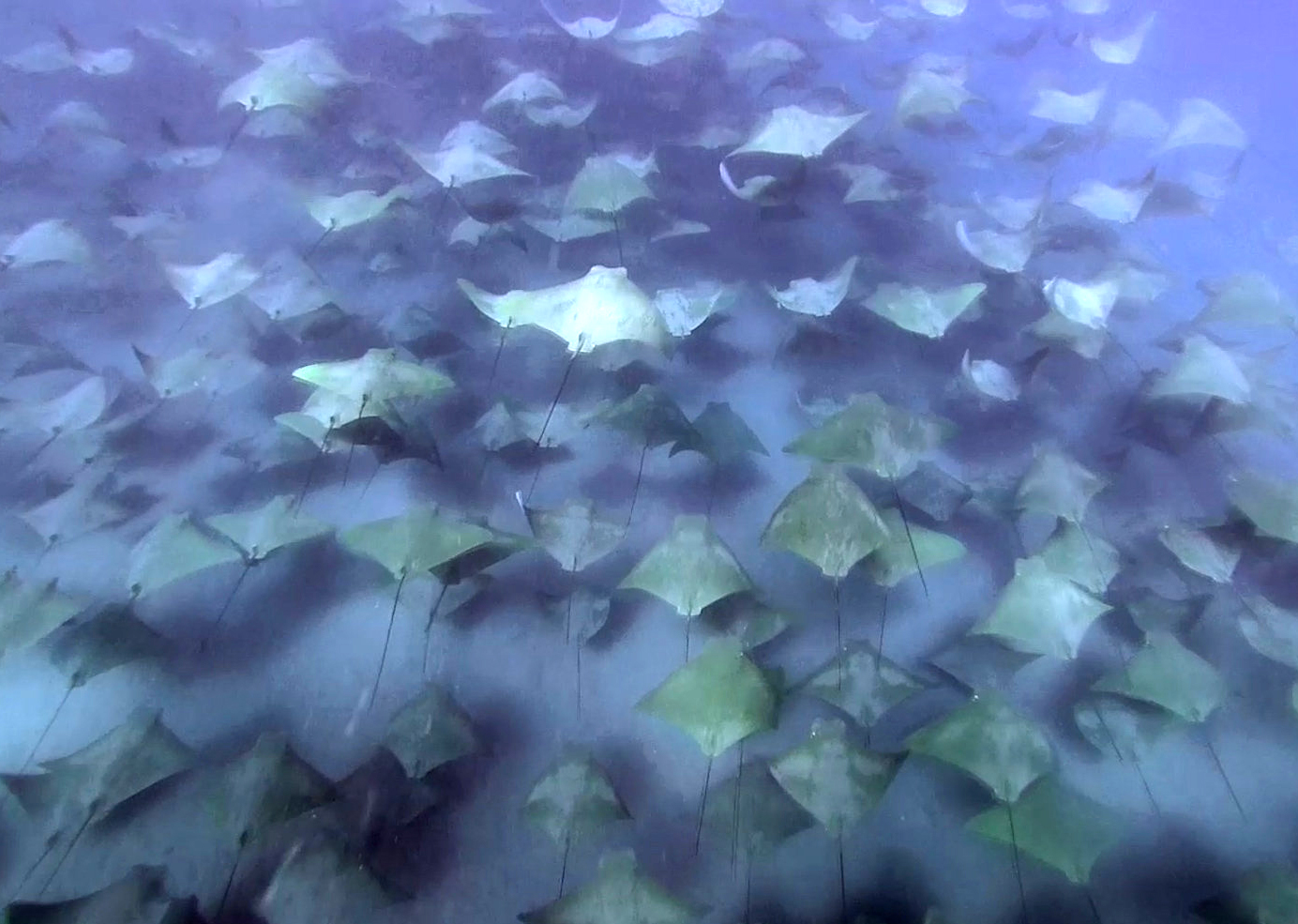 “Luckily i had my GoPro in my hand and immediately began to capture this amazing spectacle of nature.

“Throughout the encounter excited thoughts were buzzing through my mind.

“It was truly an amazing experience even for a marine biologist who has spent a lot of time in the ocean. And as for the guests, they were gobsmacked.

“In the video I took the risk of freediving down several times to be on their level.

“I was amazed that they didn’t mind this. They didn’t consider us a threat which allowed us to enjoy them for a few great moments

“If i were to write a list of the best wildlife encounters I have had, this would be probably be placed at number one.”