This heartwarming video diary shows how a one-handed dancer tackles her everyday challenges – like painting her nails, tying her laces and doing push-ups.

Ashley Sherman films herself typing, cutting food, riding a horse, braiding her hair and shaving her armpits in a project for Limb Difference Awareness Month.

The 23-year-old was born missing her right hand due to a suspected blood clot but has smaller fingers at the end of her elbow which she uses for grip.

Because of her limb difference, Ashley, of Oviedo, Florida, has had to come up with different ways of doing day-to-day tasks that most people do without thinking.

Ashley, who dances professionally at Universal Orlando Resort and works at SeaLife, kept a visual diary for the month of April, revealing her life behind the scenes.

Other posts gave an insight into the bullying she faced as a kid and detailed her self-esteem battles and the support she receives from family and friends.

The Lucky Fin Project ambassador said: “There are a lot of things I wish I had as resources as a kid to help growing up, to make it a little easier.

“There were never any videos on how to do things and not a lot of people are open to sharing a lot about themselves.

“I figured it would be cool to film myself doing all these different things because people don’t realize I have to adapt in so many ways. 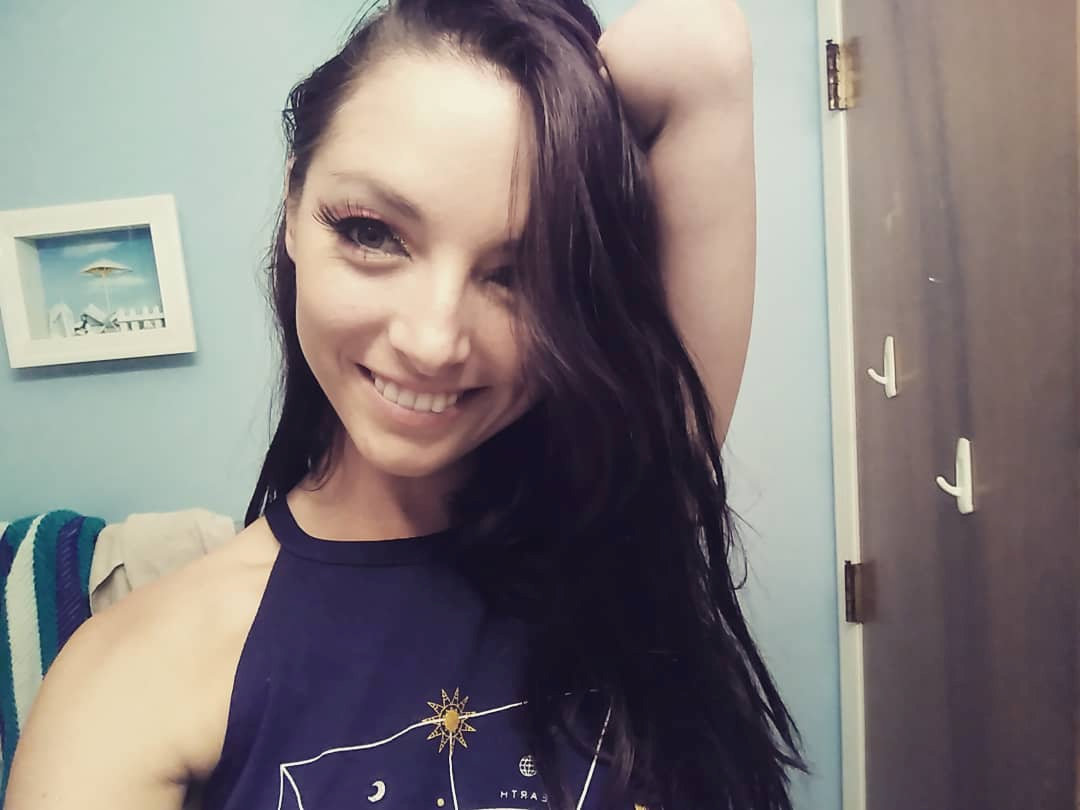 “The message I really tried to send out is that everyone has their own way of doing things and it doesn’t mean it’s wrong.

“I can do everything that anyone else can do, I just have to do it a little differently.”

Day 1 – Intro post. Ashley explains her favorite thing about her ‘lucky fin’ – that she has five small fingers at the end of it.

Day 2 – Horse riding. She uses an adapted leather and velcro strap which allows her to control the reins with her right arm.

Day 3 – Putting her hair in a ponytail. Ashley pulls the hairband around her stump before using her left hand to fasten it in place.

Day 4 – Tying her shoelaces. Ashley holds her laces in place with her fin and ties them in a knot.

Day 5 – Scuba diving. Ashley, who is a qualified instructor, reveals she has no adapted gear and says diving is not difficult.

Day 6 – Shaving her armpits. She used to get a pal to do this for her but has now learned how to bend her left wrist in a way that allows her to reach both underarms.

Day 7 – Dancing. Ashley says she had never seen another performer like her but now dances at Orlando theme parks in front of big crowds.

Day 8 – Overcoming bullying. Ashley reveals how a crush once told her: “I would date you if you had another arm” and shares a reminder to love yourself.

Day 9 – Cutting food. She balances her fin on the top of the fork and holds the knife in her left hand, but admits: “I’m 23 years old and I still haven’t quite figured it out.”

Day 11 – Balancing things. Ashley uses her fin to hold things and says she’s “extra good” at balancing doughnuts on it.

Day 12 – Painting her nails. Ashley paints her left fingernails by holding the varnish brush between her fin and her knee.

Day 13 – Typing. She uses her stump to press letters on the keyboard and said: “There’s a bone that I use to be precise.”

Day 14 – Cracking crab legs. Ashley holds the shell down with her stump and removes the meat with her other hand.

Day 16 – Braiding her hair. She holds her locks between her teeth in order to achieve the perfect plait. She admits, “It’s definitely not the easiest thing in the world.”

Day 17 – Opening a bottle. She squeezes the bottle between her fin and chest to hold it in place before unscrewing the lids.

Day 18 – Putting on gloves. Her teeth come in handy once again as she uses them to hold the glove in place before slipping her hand inside.

Day 19 – Playing piano. Ashley uses the bone in her right arm to play the correct notes on the keyboard.

Day 20 – Push ups. Ashley uses pillows to give her extra height on her right side and says: “My left arm has some sort of super power strength.”

Day 21 – Folding clothes. She uses her little arm to turn sleeves and pant legs inside out.

Day 22 – Zipping jackets. Ashley has mastered the art of zipping clothes using only one hand.

Day 23 – Eating Oreos. Ashley takes a day off because she’s busy on other projects, but shares a funny clip of her trying to feed herself an Oreo with her fin – and dropping it.

Day 24 – Putting on her bionic arm. She uses her knee to help her hold the prosthetic in place before slipping it over her stump and fastening the hand in place.

Day 25 – Blow-drying her hair. Before getting her bionic arm, Ashley would tuck the dryer underneath her arm to blow dry her hair.

Day 27 – Being a scare actor. She has performed in festivals and events, but says she sometimes gets nasty comments about her limb loss.

Day 28 – Doing fiddly things. Ashley shows how she folds nori seaweed sheets at the aquarium where she works using her fin.

Day 29 – Ashley announces she is an ambassador for Eazy Hold, who create adapted hair dryers for people with limb difference.