Over 100 Highland cows are herded to uninhabited Isle of Vallay in the Outer Hebrides that is only able to be reached at low tide.

This stunning video shows cows making a two-mile journey across a beach to an uninhabited island to give birth.

Angus MacDonald and wife Michelle, both 53, and their family take the cows from the mainland to the Island of Vallay on the Outer Hebrides.

They make the breathtaking journey so that the cows can give birth outdoors on clean ground.

The island of Vallay is a small uninhabited island that is only reachable by the beach at low tide.

Angus said that the cows love the beach because they are free to run around it.

He said: ”We do the two-mile walk twice a year. We move them so they can calve in April then back to graze on the heather hills in October.

”They totally love the beach. They are totally free and run around and eat seaweed and play in the sea’.”

Angus has kept Highland cows for almost 50 years when his mother had a croft in the 1970s.

The MacDonald family now run Ardbhan Highland Cattle, a herd of purebred cattle with bloodlines dating back to 1885.

They now have 140 cows including three new calves. 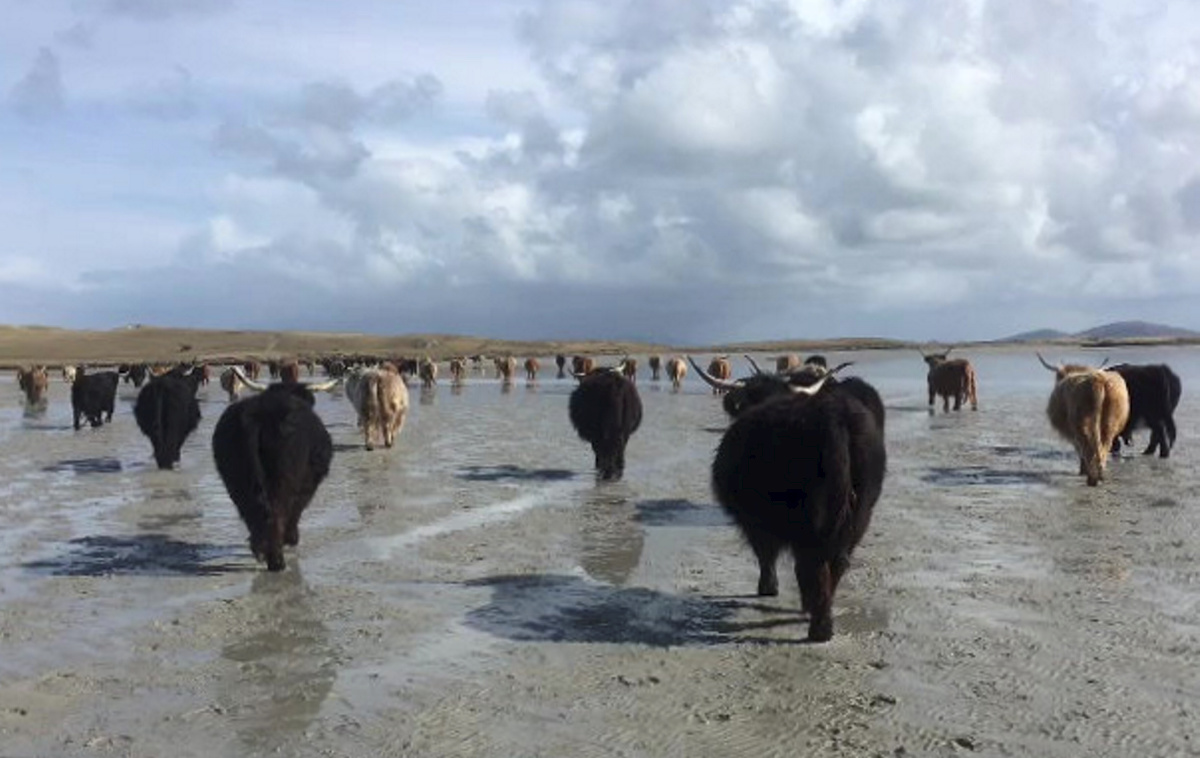 The cows are sold all over Europe to bidders from Italy, France and Estonia.

Angus and his wife live on the mainland but hope to retire to Vallay and repair an old house on the deserted island.

The cows have been gaining a lot of attention after Angus’ daughter-in-law Carianne posted stunning footage of the cows on their Facebook page.

Angus added: ”We keep the cows organic and the soil is fertilised with seaweed brought in by the Atlantic storms”.

”The herd of Highland cows have been a well-kept secret but not anymore.”