Video grab of the orthopaedic outpatient team at Gloucestershire Royal Hospital taking part in their unusual morning routine - a five minute dancing routine to get ready for work.

Nurses at a hospital department have a new daily routine to boost spirits – a ballroom DANCING session on the ward before they start their shift.

The 22 staff members of orthopaedic outpatient team spend five minutes each morning moving and shaking to some upbeat dance tunes to get warmed up for work.

The unique daily fitness routine was only started in the department about four weeks ago.

But Orthopaedic Practitioner Andrew Stewart, who introduced it, says it is already proving a big hit.

Andrew, 58, who works on the orthopaedic outpatient ward at Gloucestershire Royal Hospital, said: “It’s a great way to warm yourself up, get your spirits going.

“We’re always busy on the outpatient department, we can see between 200 and 400 patients in a morning, so it can get a bit intense. The dancing helps to clear the mind.

“It’s still very new, but it’s already proved to be a big success in the department.”

Andrew, who has worked at the hospital for 12 years, loves to dance, and goes to weekly ballroom and Latin dancing classes – which is where he got the idea.

He said: “We do this thing called the Cupid shuffle at the end of each session, and I thought, this is what I’m looking for to bring back to work.”

Andrew added: “It’s a cross-generational thing, too – anybody can do it.

“One of our staff has had two knee replacements and has a bad hip, but she still comes along and joins in where she can.

“We try to get a dance in at the end of our lunch break, too – but it depends how busy we are.

“We get some funky tunes on to get us moving and get our blood flowing. At the moment we’re dancing to Uptown Funk and to 5 6 7 8 by Steps.” 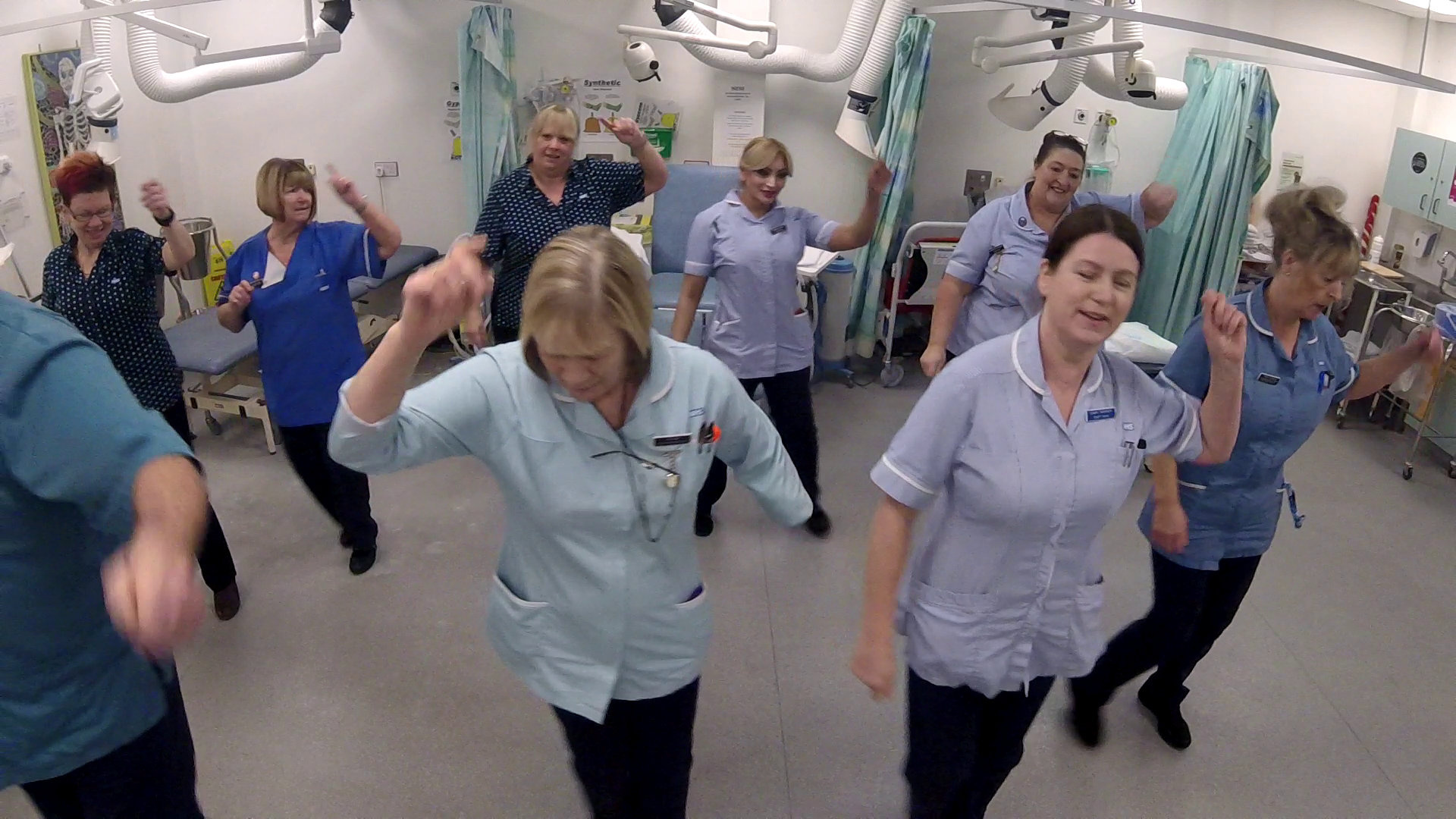 Andrew said that anywhere between eight and fifteen staff members join in the dance routines – depending on how many people are working that day.

“We don’t profess to be fitness gurus – it’s just a bit of fun. I think fitness is an all-round thing, and is just as important for your mental health.

“It’s about shaking off the sluggishness,” he added.

Posture Corrector – Everything You Need to Know