This horrifying video footage shows the shocking aftermath of gunshots being fired in a Benidorm square.

Tourists reported hearing shots at around 11pm last night near “the strip” or “the square” – the area of bars and clubs full of holidaymakers.

Shocked tourist Billy Adamson, 60, who is on holiday with his wife, took the video footage of the distressing scene.

He said: “We were just about to go upstairs about 11 o’clock when a family ran into the hotel with the dad pushing his family through the people in the hotel.

“I had a look along the street and there were loads of people at the Square.

“We went upstairs and I filmed the ambulances arriving.

“I then looked along to the next street and saw police cars arriving from everywhere.

“I think they had a taxi hemmed in.” 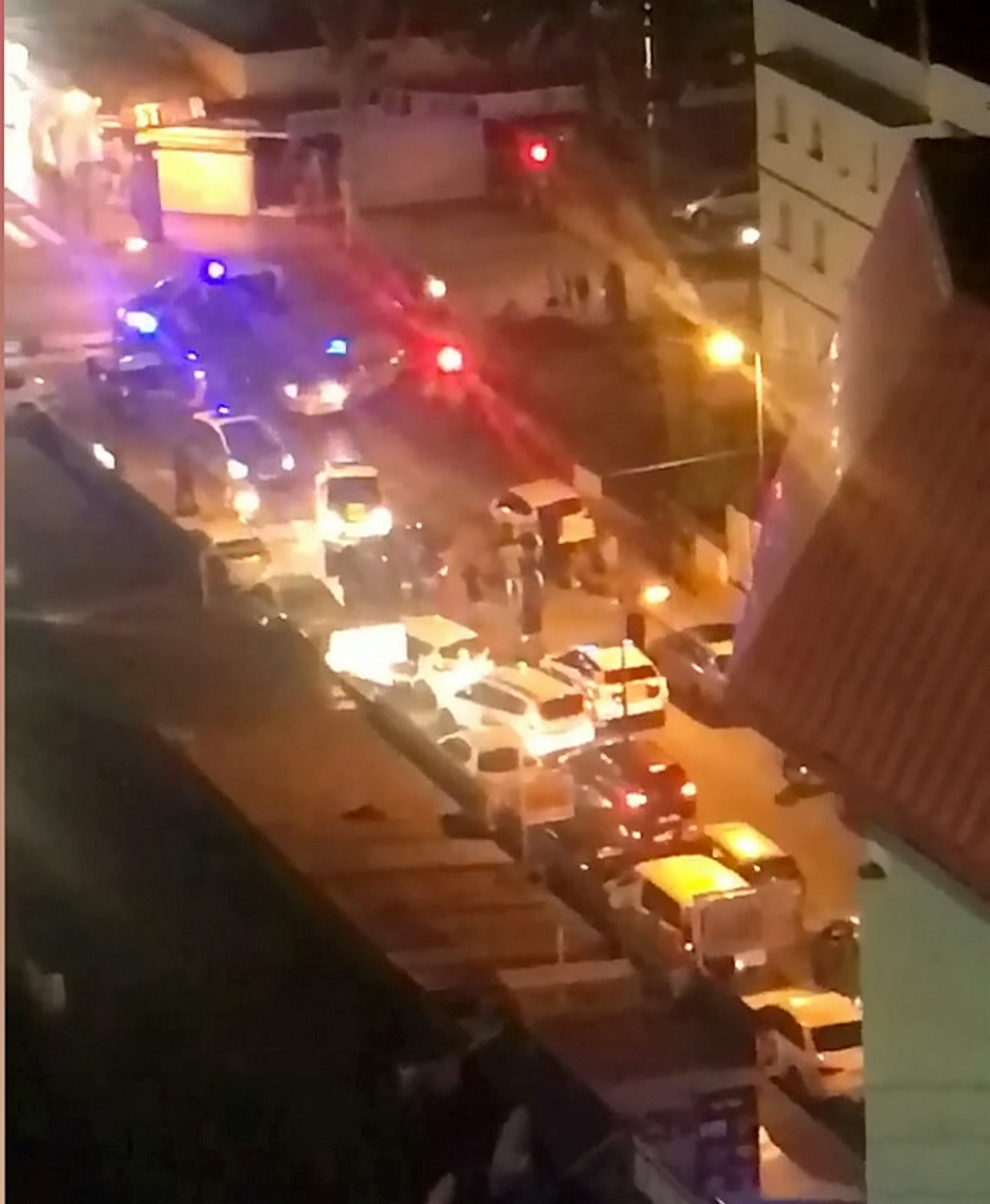 Michelle Todd, from Yorkshire, said she was sat in the bar called the Secret Garden when she heard the shots, knowing straight away it wasn’t fireworks.

She said at the time: “Two people have been shot and it’s all shut off. It’s scary. We’re not moving anywhere yet.”

A spokesman for Alicante Transfers, posting on Facebook, said: “It seemed there was someone shot in the leg and three others involved.

“People went running from the clubs and the main strip.

“The Strip and clubs have now been closed and sealed off.

“At this time the police have one black BMW and one person in custody.