Susan Sprink's dog Zander has been gaining attention after his owner has captured him mid air in a series of images.

These are the hilarious pictures of an enthusiastic “flying dog” caught in midair while enjoying the great outdoors.

Zander, a Hungarian Vizsla, has built up a huge following of fans on social media, with people from all over the world enjoying pictures of him flying through the air.

Inspired by the four-year-old pup’s popularity, loving owner Susan Spink started a fan page for him, called Zander the Flying Dog, which now has hundreds of followers.

It was during a walk on the beach a year ago Susan, 45, realised she had snapped a picture of Zander when he was flying through the air.

The keen photographer posted the picture online and when she saw the incredible response decided to try and capture more of Zander during flight.

Susan, a farm office manager from Arbroath, Angus has now taken pictures of Zander’s flying adventures around beaches, mountains and forests across Scotland. 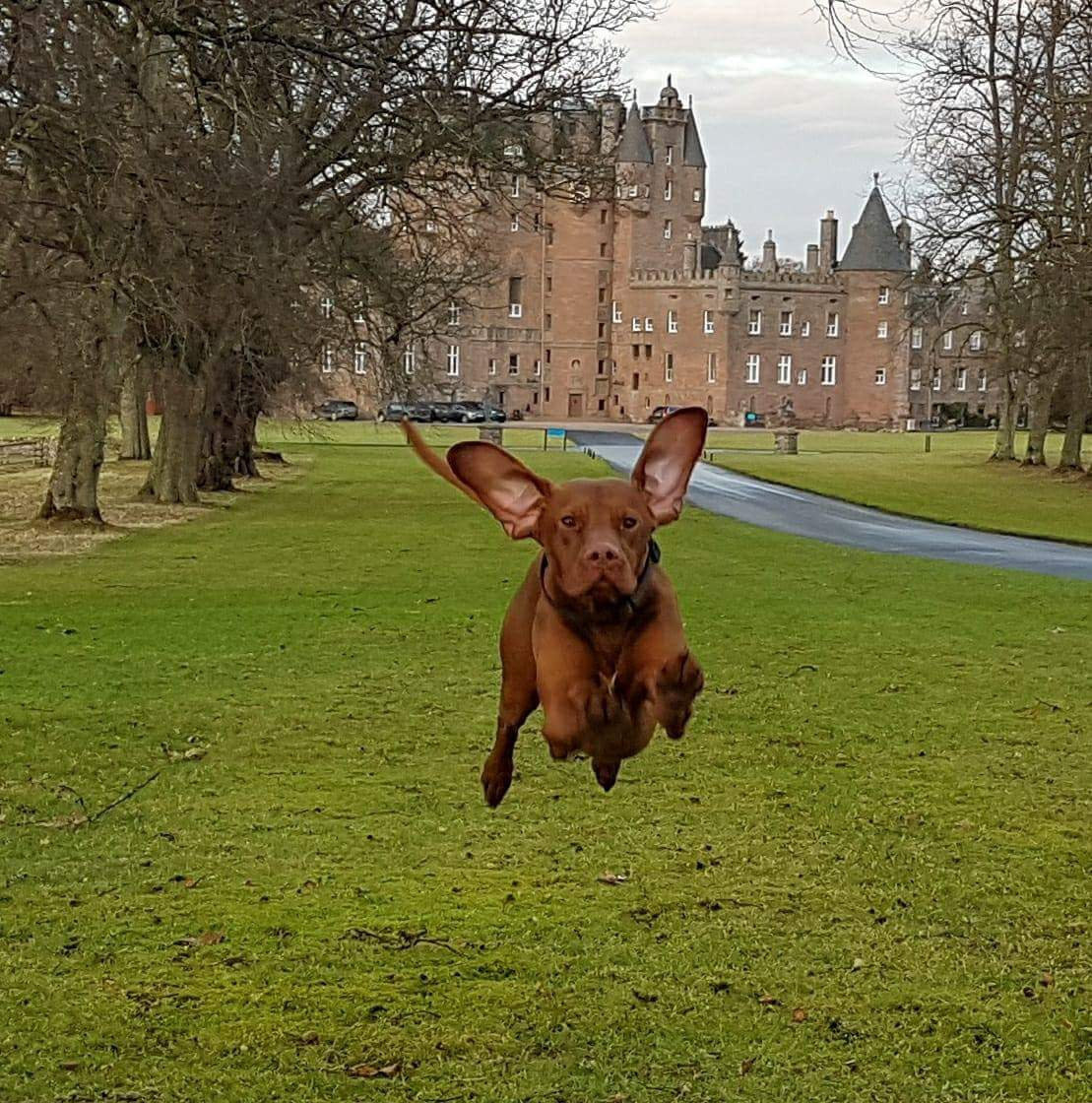 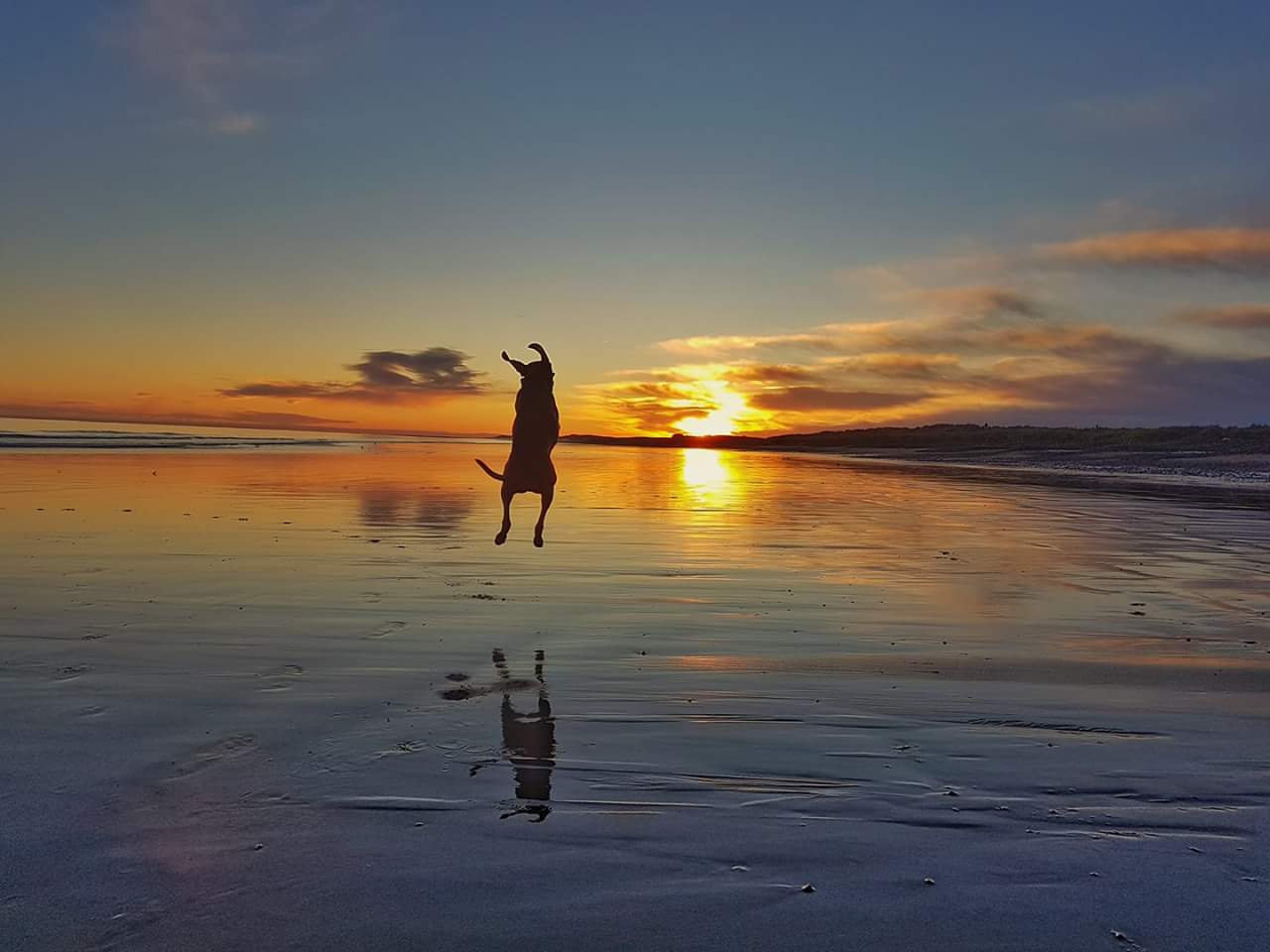 The dog owner said: “We had been out on Elliot Beach in Angus walking and I had taken lots of pictures.

“it wasn’t until I looked through them all I realised it looked like he was flying.

“I couldn’t believe the response to the picture and everyone was saying he should have his own page, so that’s when I started it.”

“When we are out I just get him to sit and stay and then I run up ahead and call on him. Then I start taking the pictures.

“He’s quite the poser and I think he likes to show off. 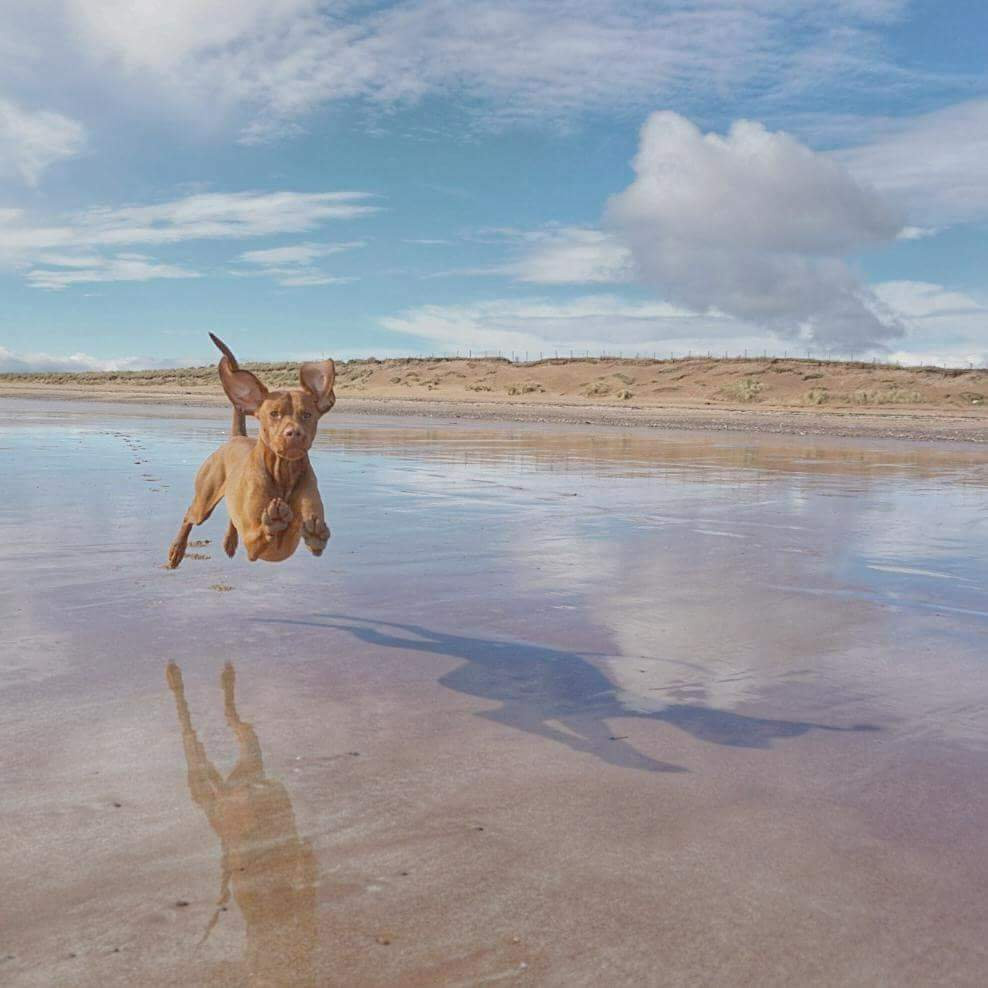 “For such a big dog he is really loving and cuddly. He always wants to try and get on your lap to cuddle in.

“He is bouncy and energetic and loves playing with other dogs we meet on our walks.”

Zander also loves the family’s two pet guinea pigs who Susan said says he gets on “really well” with.

But Susan said she doesn’t think she could get another dog: “I don’t think Zander could share our attention.”