Hilarious moment snorkeler is joined at harbourside – by a SEAL

This funny footage shows the moment a snorkler was joined on a quayside - by a cheeky SEAL.

This funny footage shows the moment a snorkler was joined on a quayside – by a cheeky SEAL.

Simon Taylor, 46, filmed the moment the animal popped its head above water to float alongside twin boys Oliver and Thomas, 13.

They were snorkelling in Babbacombe Bay, Torquay, Devon, during the summer holidays.

The family had gone down to the bay to try out their new snorkelling gear, and spent about an hour frolicking with the friendly seals.

Simon said: “I think the seals go down there quite often, but I’ve not seen them before.
They won’t let you get too close, if you do they get away from you.

“The children just took it all in their stride, it was me that realised it was quite strange.
We swam over there, and we could see the seals.

“I was in there for about an hour, and one was swimming around me. It was getting really close to me.” 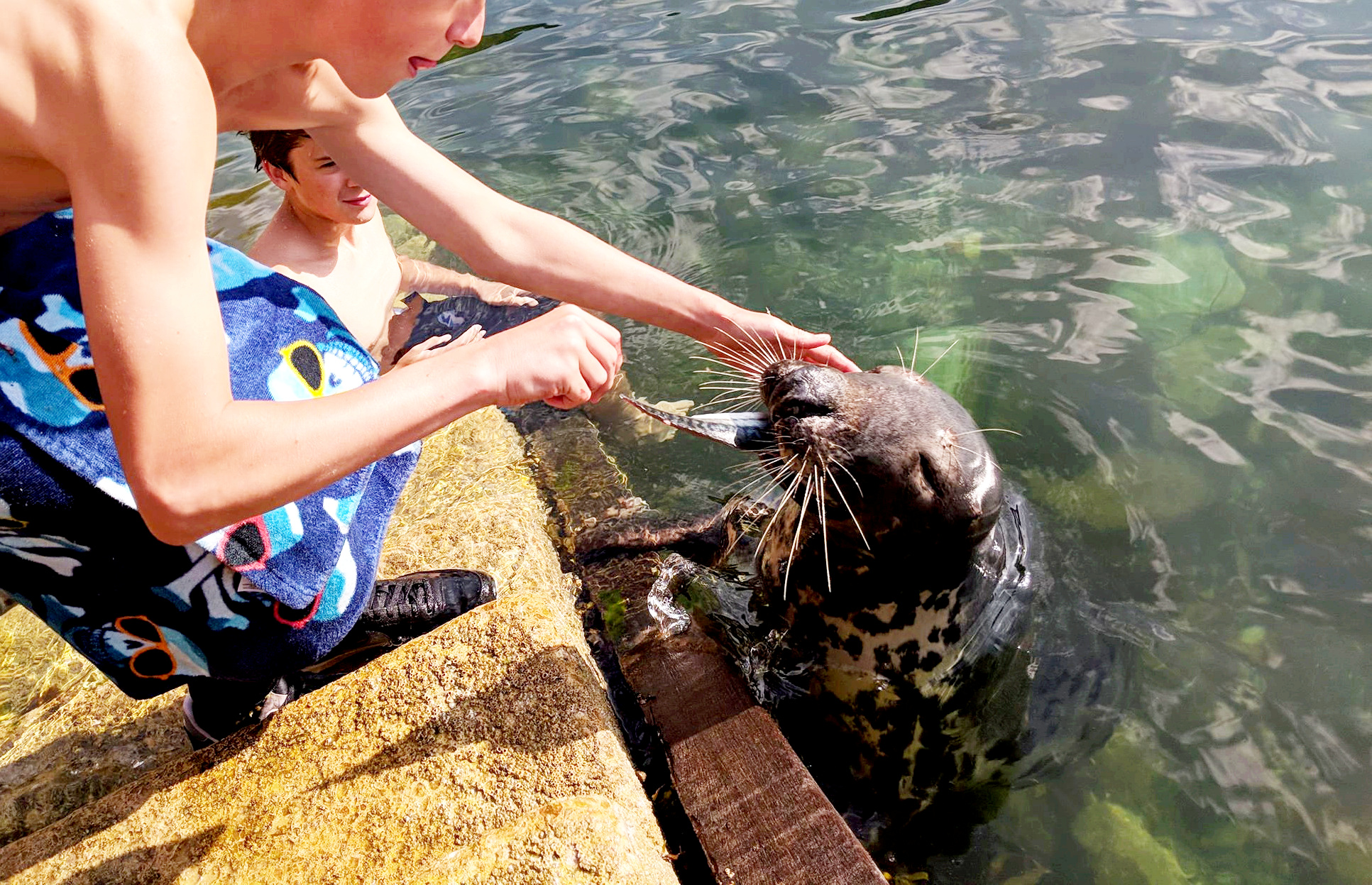 Window cleaner Simon added: “We go swimming all over the place, we have just got some snorkelling stuff.

“I have always noticed divers in that area so thought it might be a good spot.
It was perfect timing.

“Over time they have just got tamer to the point you could feed them by hand.The seals don’t look bothered at all.

“It was a gamble – they are so big. They have got sharp teeth. I think they look like dogs.
You can see when they are aggressive or happy.”

‘Peeping Kong’: Crazy golf giant gorilla moved after locals say it was staring into homes – but now face its bum