This hilarious footage shows a pensioner fulfilling a lifelong dream - of driving a BUS.

This hilarious footage shows a pensioner fulfilling a lifelong dream – of driving a BUS.

Patricia Newbury always thought it would be fun to work as a bus driver – and told her sister Pauline Garland of her secret aspiration.

She said as she rode on the bus to hair appointments, family visits and days out in Bristol, she noticed an increase in female bus drivers.

Pauline made some calls and Patricia found herself invited to a bus depot for a session with a driving examiner from First Buses.

Patricia – who did not want to reveal her age – was taught how to drive, reverse and maneuver two buses, by examiner Steve Perris.

It was a birthday treat organised by Pauline, who first heard of her sister’s bucket list ambition a few months ago.

Brave Patricia had not driven a car for more than a year when she got behind the wheel of a bus.

And her efforts were ranked ‘ten out of ten’ by the driving examiner. 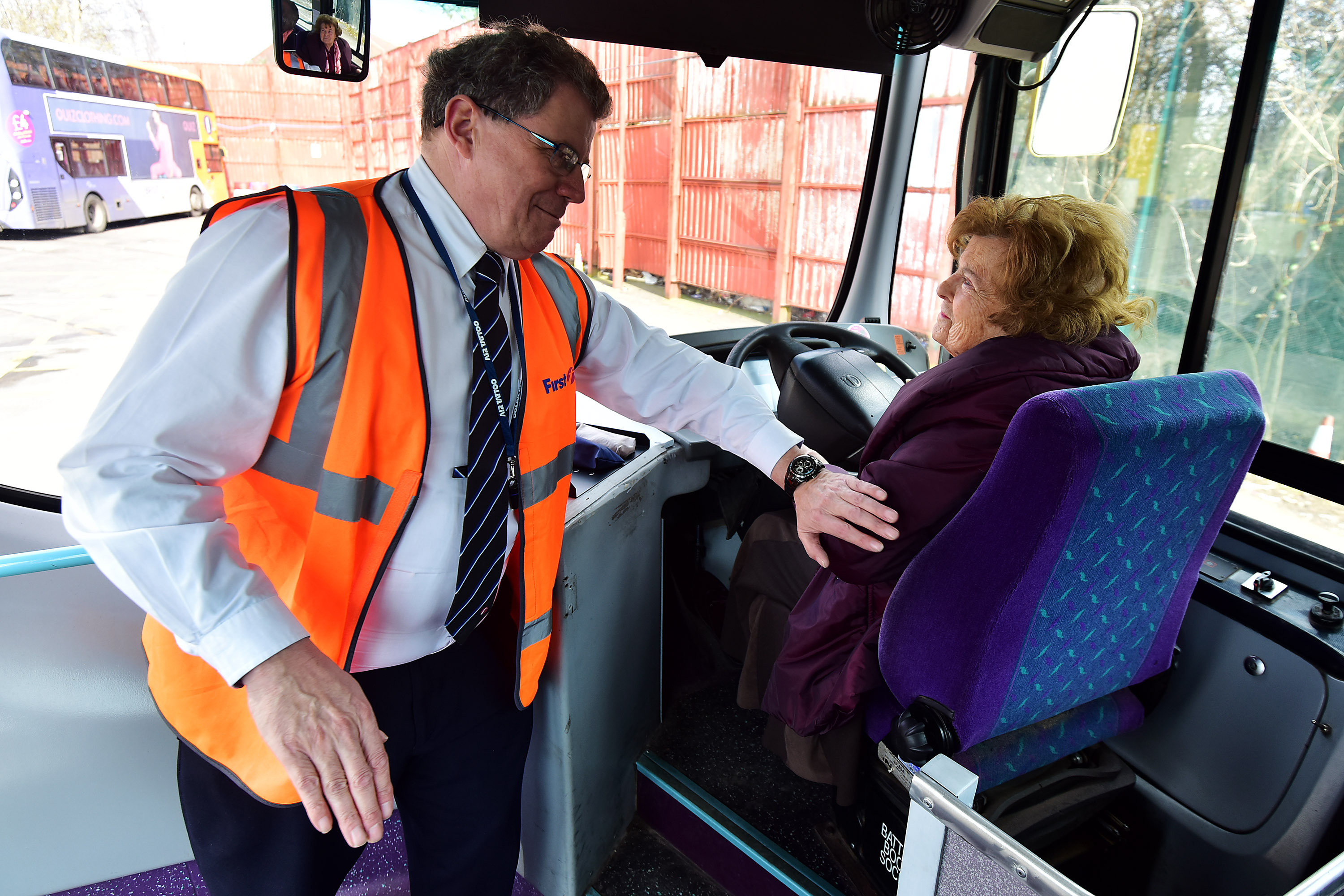 Patricia said: “I have been seeing a tremendous number of women drivers recently and I think it is fantastic for them to be driving.

“I am full of admiration for them and I thought I wanted to give it a go.”

She added: “It is wonderful. It has been a fantastic experience which I will never forget – driving a car will be a doddle after this.”

Her sister Pauline said: “I was pretty shocked when she told me. I didn’t really know where it came from to be honest.

“But I wanted to do something special to help mark her birthday, so I put in a few calls to First.

“After a couple of conversations they said to bring her down and thankfully we managed to keep it a surprise for her.”

Mr Perris said: “I have had people turn up here for a job and look at the size of the bus and turn around, but Patricia has taken it all in her stride.

“If I was marking her I would give her a ten out of ten.”

“I think she was pretty shocked when we told her what she was going to do – but pleased at the same time.”