A lone Highland Cow on Clachtoll beach, Lochinver, in the Scottish Highlands.

A highland cow has been caught on camera making the most of the Scottish sun as it headed down to the beach to snack on some seaweed.

Margaret Harrison, 52, was joined on Clachtoll beach, Lochinver, in the Scottish Highlands by the lonesome cow.

It wandered down to the water’s edge to munch on the salty seaweed.

Margaret, who was on holiday from Birmingham, has been visiting the area for years and said she has seen highland cows from nearby walking along the beach before.

But the mother of four said this the first time she has ever seen one of the cows take a dip in the water.

She said: “I have been visiting the area for years – we have a static caravan there.

“It was the Easter holidays and it was a georgeous day. You often see cows on the beach but not normally that near the water.” 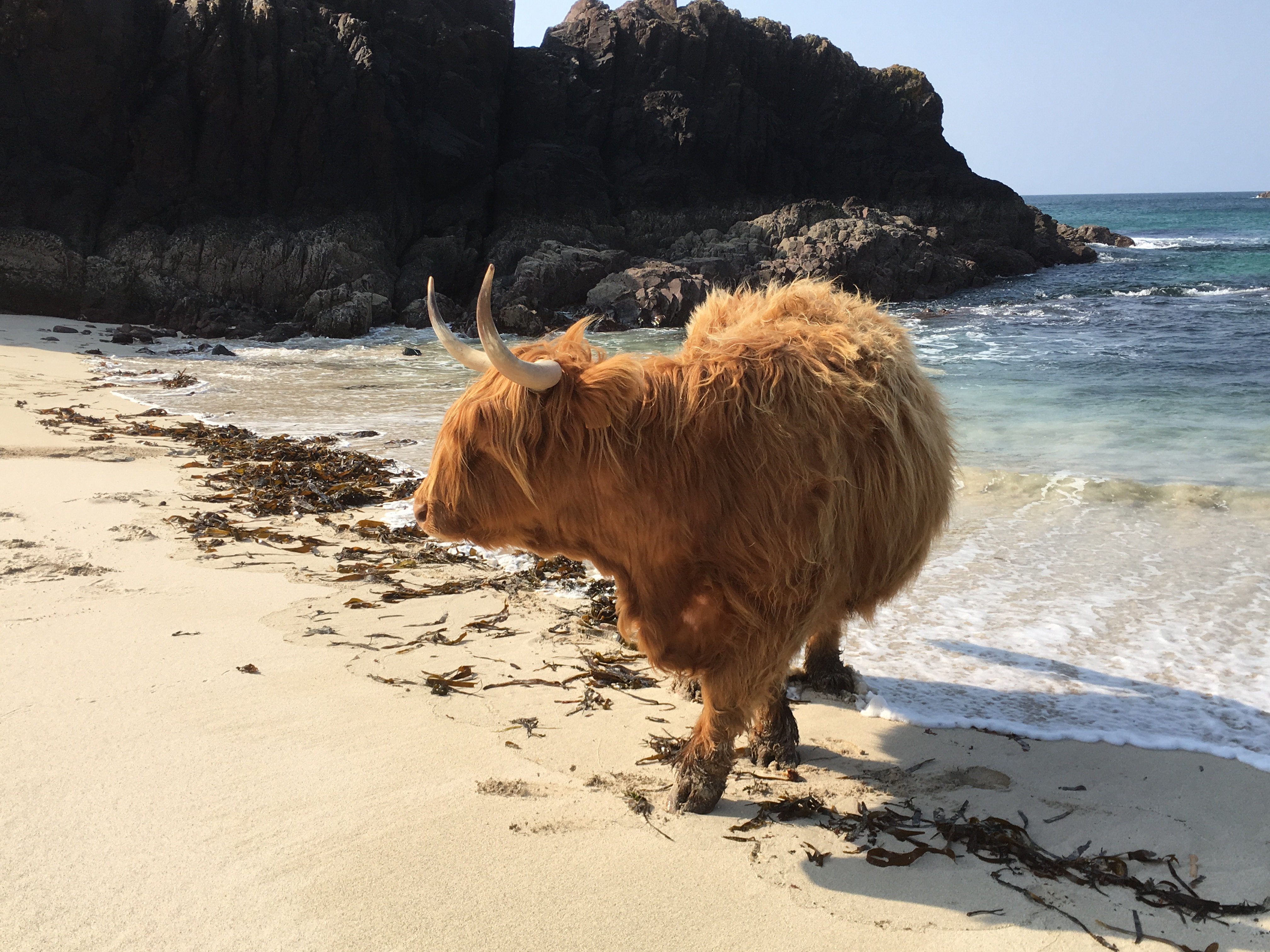 Unstartled by the animal, Margaret followed it down to the water to take the stunning pictures.

She said: “I was just leaving the beach as the cow walked down to the water, so I decided to follow it and get some pictures, and then it started eating the seaweed.

“It was absolutely lovely – there was no one around.”

Highland regular Margaret said the cows are a regular sight on the picturesque beach.

She added: “In January I saw about 15 of them on the beech at one point.”

“You Can’t Play Football, You’re A Girl”: Six-year-old has beaten bullies by leading out England Women for World Cup qualifier