A train passes just half a second after the car went under the train barrier.

This is the heart stopping moment a driver dodges a high-speed train by a split second as he ploughed through a level crossing.

Isaiah Eghobamien, 20, reached speeds of up to 115mph while being chased by police – ignoring flashing safety barriers which warned of the oncoming train.

Footage taken from the dashcam of the police car in pursuit and a helicopter hovering overhead shows him risking his life to get away.

Moments after he sped over the crossing, the train bolts past, missing his vehicle by metres.

During the high-speed pursuit on April 25, Eghobamien also overtook an ambulance responding to a 999 call at more than double the speed limit.

He also drove the wrong way up a busy slip-road before eventually losing control while trying to turn at more than 100mph – crashing and seriously injuring himself and five other passengers.

He was arrested following the chase near Fulbourn, Cambs., before pleading guilty to dangerous driving.

Eghobamien was sentenced to a year in a young offenders’ institution. 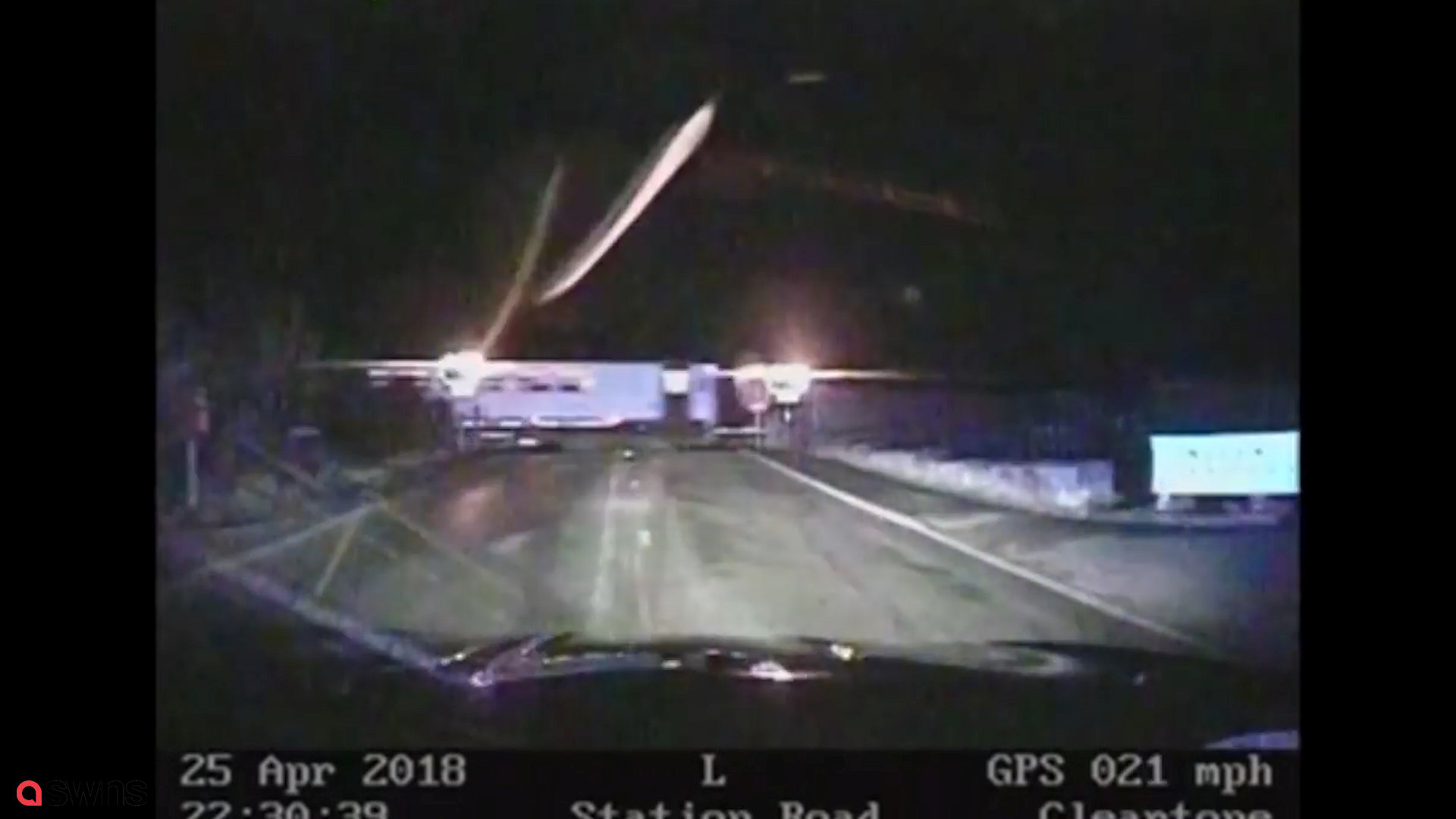 Sergeant Mark Dollard of Cambridgeshire Police said: “Eghobamien failed to stop for police and avoided a serious rail collision by literally seconds. His driving was persistently dangerous, risking not only his life and the lives of his passengers, but other road users as well.

“He is lucky to be alive and will now be able to reflect on his actions and serve as a warning to others that failing to stop for police can have serious consequences.”

Eghobamien, from Borehamwood, Herts., was also disqualified from driving for two years and ordered to take and extended driving test.