by Ben McVay
in News
0

This heartwarming video shows the moment a heroic tree surgeon rescues a pensioner after she drove straight into waste-high flood water at high speed.

In the footage father-of-one Richard Hamshaw can be seen approaching the floating Peugot 306 and using at tow-rope shackle to smash the car window.

Richard, 32, can be heard telling the “shocked” lady in her 70s “you need to get out of there” before lifting her out of the car and walking her back to safety.

Tree surgeon Richard told how he was helping pull other stranded motorists out of the flooded road when the drama unfolded yesterday (Thurs) in Rotherham, South Yorks.

He said: “This car came down quite fast – she mustn’t have seen the water – and drove straight into it full-pelt.

“As the car went in a bow wave went over the car the back end went up and it started floating off.

“Then we heard banging on the window so I grabbed my tow rope from the back of my car because it’s got a big shackle on the end.

“So I told her to get back from the window and smashed it.

Richard told how the traumatised lady started grabbing cans of cider she had just bought from inside the car – explaining that she was on her way to a party.

After being led to safety uninjured the elderly said she would call her husband or a friend to collect her then disappeared from the scene.

Richard, who lives in Rotherham with his partner Laura Hamstead, 34, and daughter Alana, 2, said the reaction to his bravery had caused him some embarrassment. 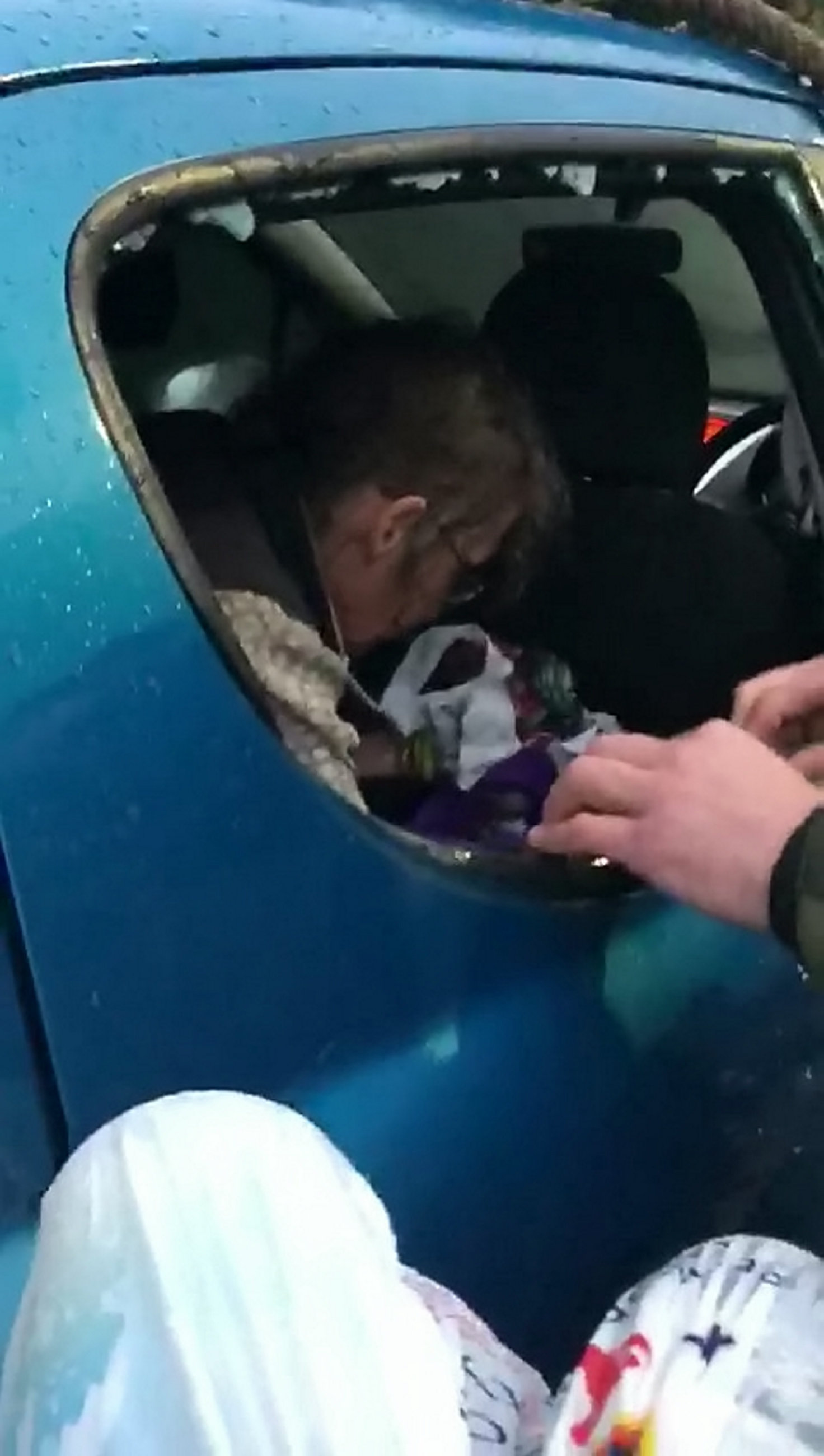 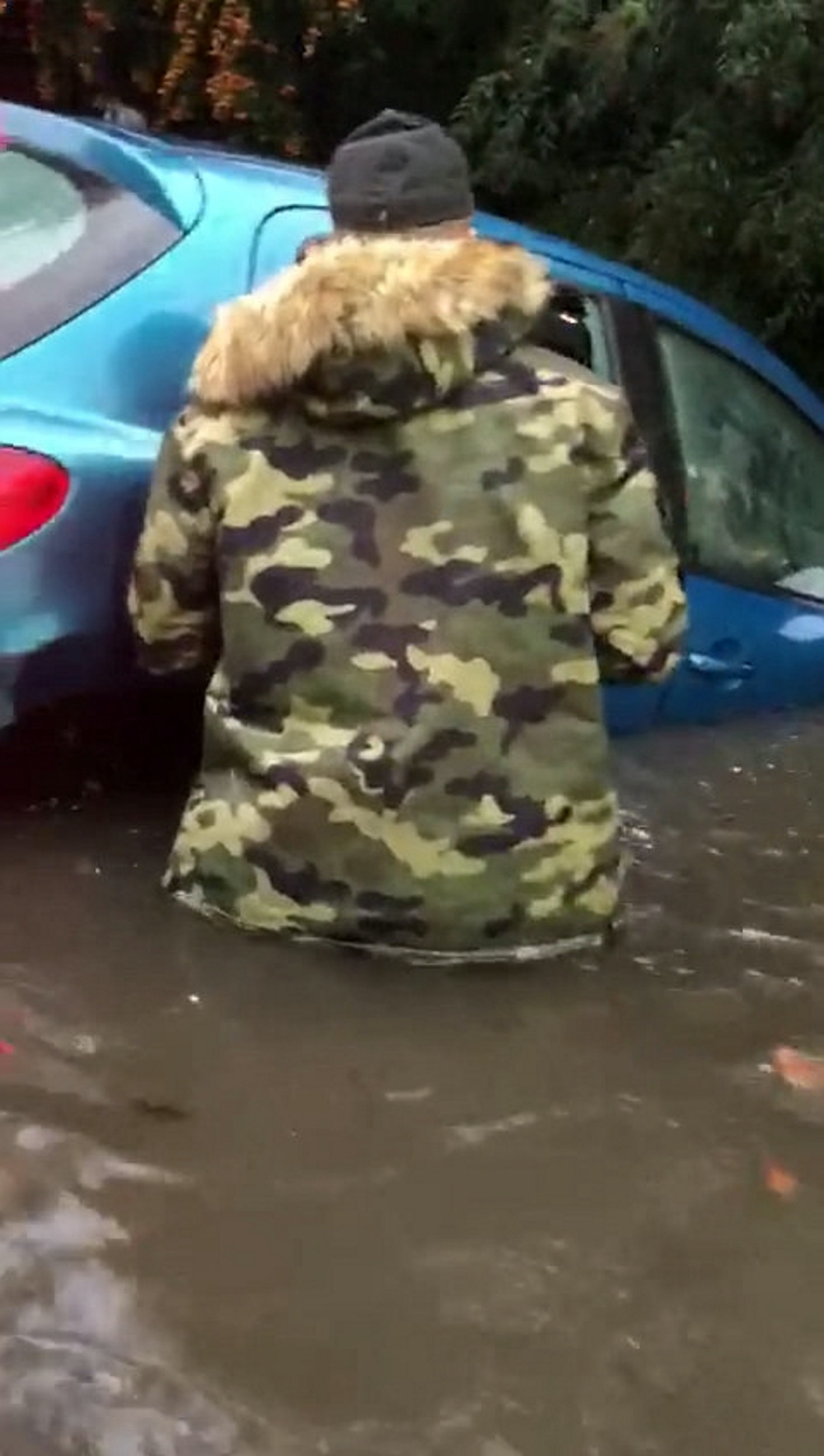 He said: “As we were coming out of the water a camera crew was filming and people were cheering.

“Embarrassed is an understatement – I wanted the ground to eat me up.”

Richard’s partner Laura insisted her heroic other half was not one to “blow his own trumpet”.

She said: “He just does what he does and enjoys it – he’s always quite happy to lend a hand if he can but he’s not a self-promoter.”

She said: “It was perfectly natural for Richard to go and rescue that lady, knowing him.”