Andrew Paxton stepped in to save a woman after hearing her screams in the middle of the night by jumping out of his window only wearing his boxers.

A hero dad was given a bravery award for saving a woman from a violent kidnapping – wearing just his boxer shorts.

Andrew Paxton, leapt into action when he was woken by the woman’s screams and dived out of his bedroom window – in only his pants.

The brave 39-year-old sprinted to the street where he saw the woman, covered in blood, being punched to the ground by thug Steven Anderson.

Heroic dad-of-one Andrew took a giant swing at Anderson and knocked his teeth out, before the cowardly attacker ran away.

The car dealer said he kept “trim” and the attacker had “come across the wrong man in boxer shorts” after attacking the woman as she was on her way to work.

He said: “I was lying in bed with my son and my partner and I heard a very very loud bellowing.

“I jumped out of the bedroom window on to the street and ran to where it was coming from.

“It was like instinct. I didn’t even have enough time to open the front door.

“I didn’t even have a pair of socks or shoes on.

“What I heard was sheer panic.

“You can hear a girl scream but when you hear a scream of panic like that – I never heard it before and I hope I never do again.”

Andrew told his partner Victoria Everest, 45, to call the police before leaving her and son Alfie, six, in bed to run towards the terrifying screams.

He said: “I saw a Transit van with the engine still running and then see a man on top of this lady, punching her repeatedly in the head.

“Her face was heavily covered in blood so I dragged him off her and punched him a few times to the head.

“The guy stumbled off and tried to make his way to the van.

“I was trying to console the woman and at the same time restrain him. She was hysterical, she was just screaming, absolutely petrified.”

The hero then dashed back to the van and snatched the keys from Anderson.

Andrew, from Shepperton, Surrey, has now been nicknamed “boxer short hero” by friends. 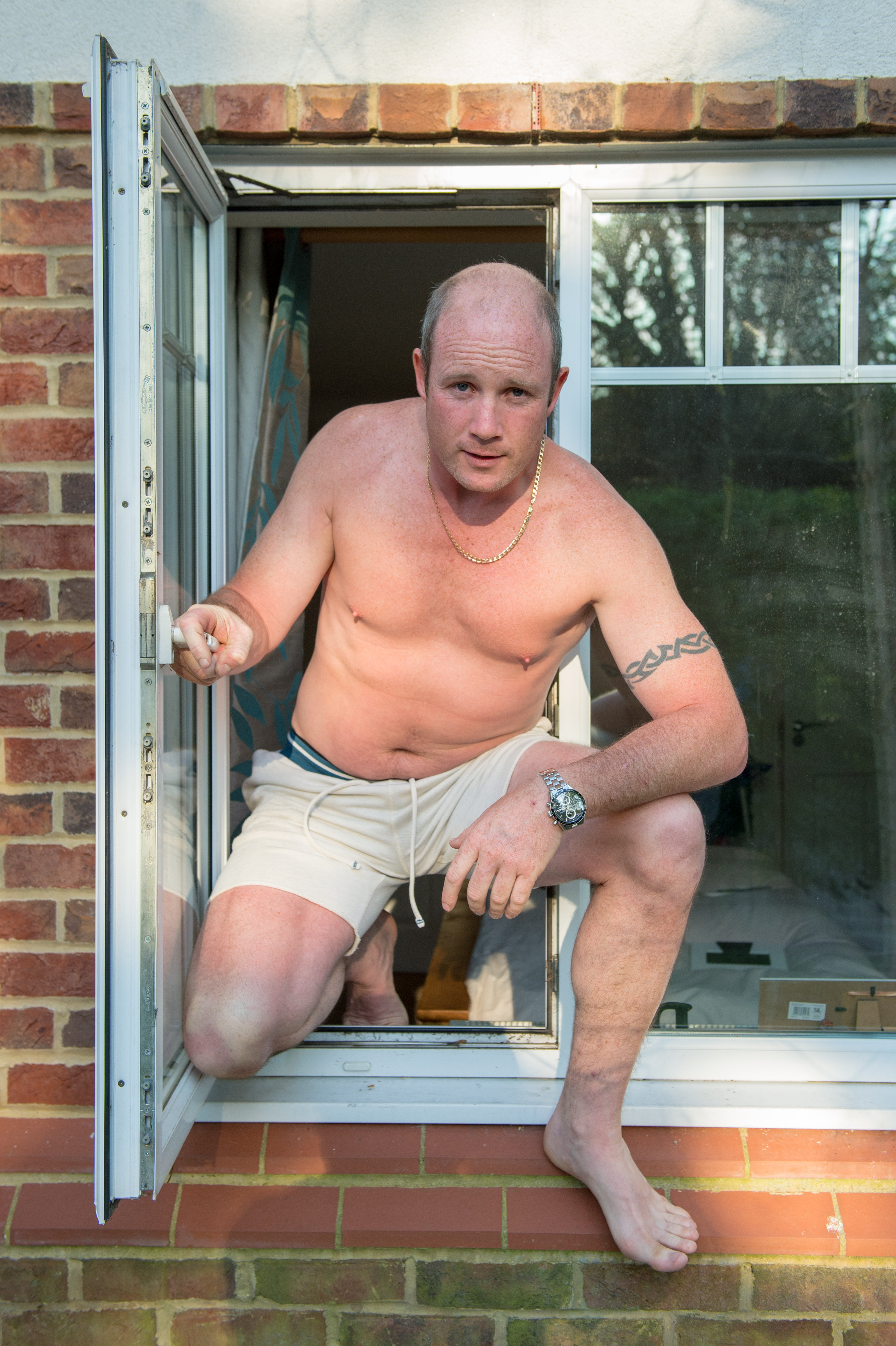 Telling of the struggle in the cab, he said: “I managed to get the car keys of the van to stop him using it to get away.

“At that point he was in the cab of the van and I was still trying to put a couple of fists into him to disable him.

“I gave him one more in the face and that’s when he lost a tooth which was nice.

“He managed to lean over trying to reach for something and at that point I stepped back for my own safety.”

Anderson was jailed for nine years after he was charged with assault occasioning actual bodily harm and attempted kidnapping at 5.30am on March 14 last year.

A jury convicted Anderson of the charges after Andrew gave evidence against him on the first day of the trial.

He later received a letter from the high sheriff of London announcing that he had been given a commendation by the judge for his actions and awarded £750.

In a letter, the judge praised Andrew’s actions, saying: “It is rare in these times for a person to do what Mr Paxton did.

“His instinct was to come to the assistance of his fellow citizen irrespective of the danger to himself. This is to be admired and applauded.”

Andrew took his six-year-old son with him as he received his commendation at an awards ceremony last month at the Blackfriars Crown Court in London.

He said: “It was quite momentous to be honest with you. For any boy to see their dad get a bravery award is nice.

“It’s a good education for him to see that.” 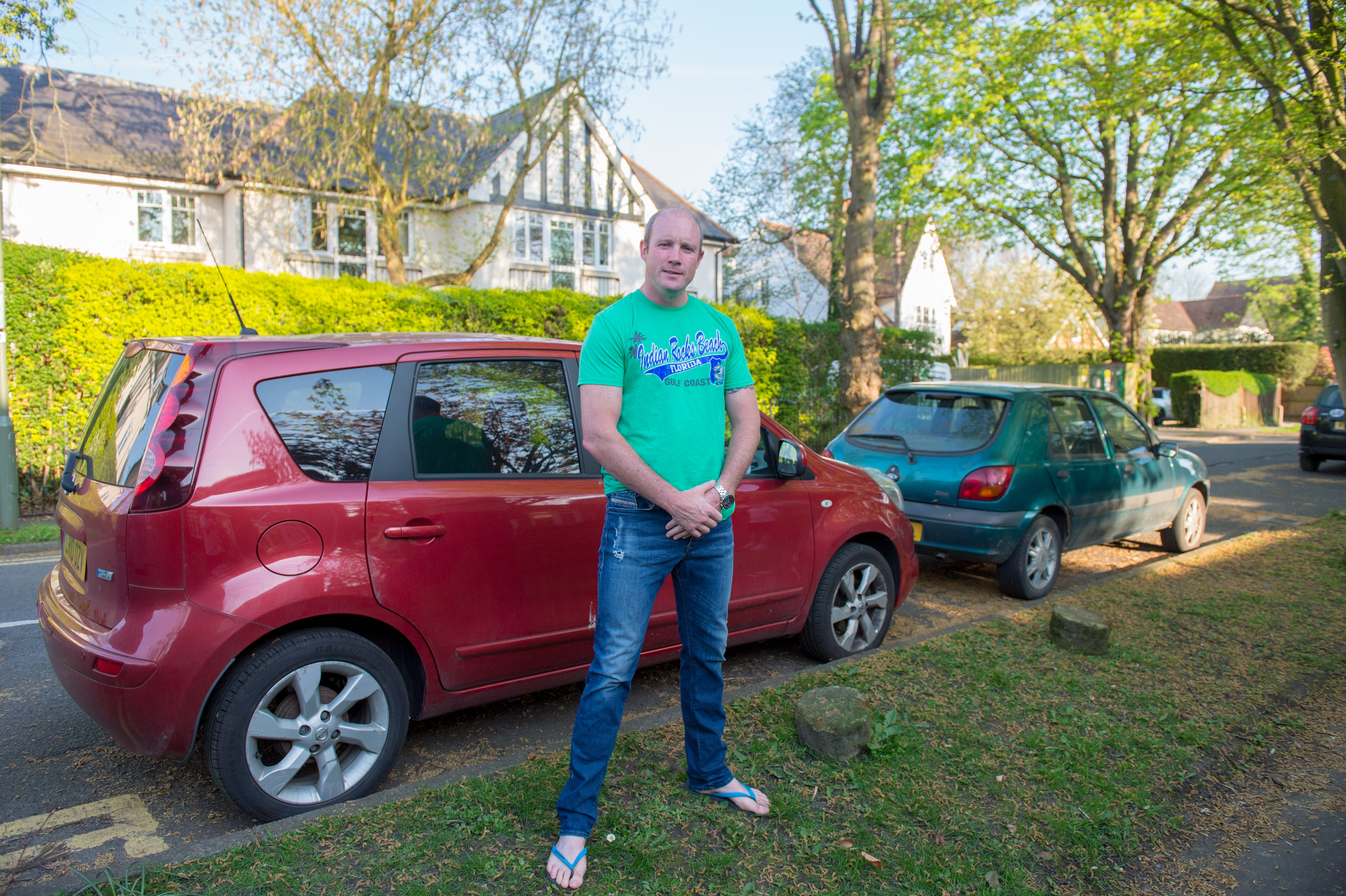 Andrew admitted he found beating his lack of attire during the incident “funny” and said: “I keep getting called the boxer short hero.”

The victim, who wished to remain anonymous, said at the ceremony: “He’s saved my life, literally.

“He couldn’t care less about what happened to himself as long as he saved me.

“That is something extremely rare and I think it’s god-given.

“If it hadn’t been for his sheer, relentless courage and bravery I don’t know if I would be here.”