A delivery driver for one of Britain's biggest transit firms has been accused of leaving an angry note on an ambulance as paramedics treated a patient.

Paramedics were left stunned after a UPS delivery driver left a note on their ambulance with the message: “Nice one blocking road.”

The angry message was left by a driver who was annoyed that an ambulance had parked in the road while responding to a 999 call on Monday (30/4).

West Midlands Ambulance Service said the crew had parked on a verge in Erdington, Birmingham, allowing other vehicles to pass, but other road users parked opposite, blocking the road.

The note was written on a UPS ‘sorry we missed you’ delivery slip dated April 30.

Tweeting a picture of the note, paramedic Simon Wong said: “A Colleague returned to ambulance yesterday PM during a 999 call in Erdington to find this note on their ambulance by a @UPS_UK @UPS driver.

“Crew had parked on a verge, where vehicles were still passing ok. Unfortunately whilst treating a pt, other road users parked opp ambulance blocking the road.”

West Midlands Ambulance Service later tweeted: “#disappointing – our staff don’t block roads unless absolutely necessary where a patient’s life could be at risk.”

A spokesperson said: “Finding another note like this is very disappointing.

“We are all busy people, so our staff will never block a road unless absolutely necessary, where a patient’s life could be at risk.

“In this case, it would appear the crew had parked appropriately when they arrived but the situation developed while they were with the patient.” 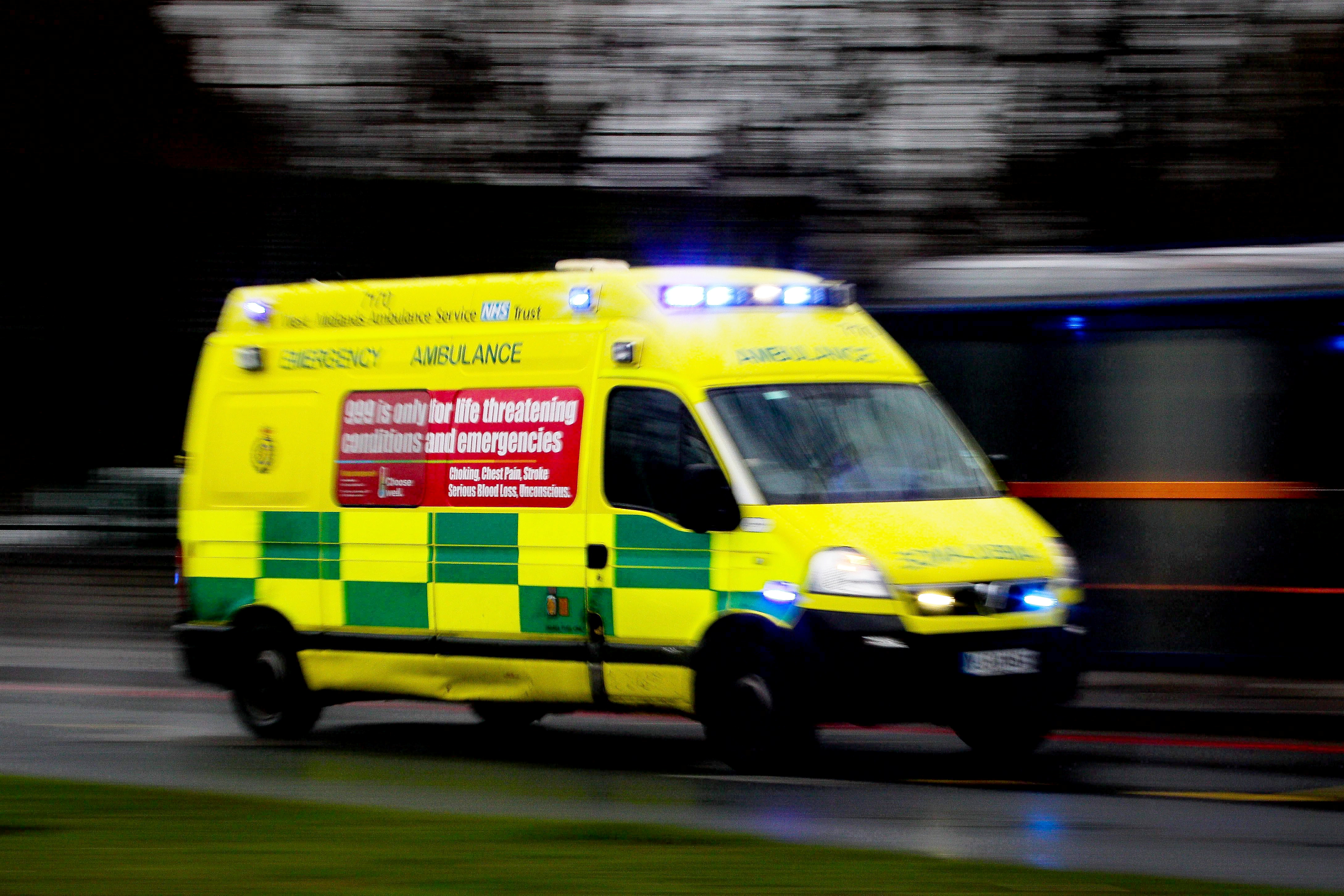 West Midlands Ambulance Service – which features on the hit BBC One programme Ambulance – are no strangers to abuse as they go about their work.

In February, jobless Kirsty Sharman, 26, of Stoke-on-Trent, was charged with a public order offence after she left a note on an ambulance ordering the driver to move their van.

She wrote: “If this van is for anyone but Number 14 then you have no right to be parked here.

“I couldn’t give a s*** if the whole street collapsed. Now move your van from outside my house.” 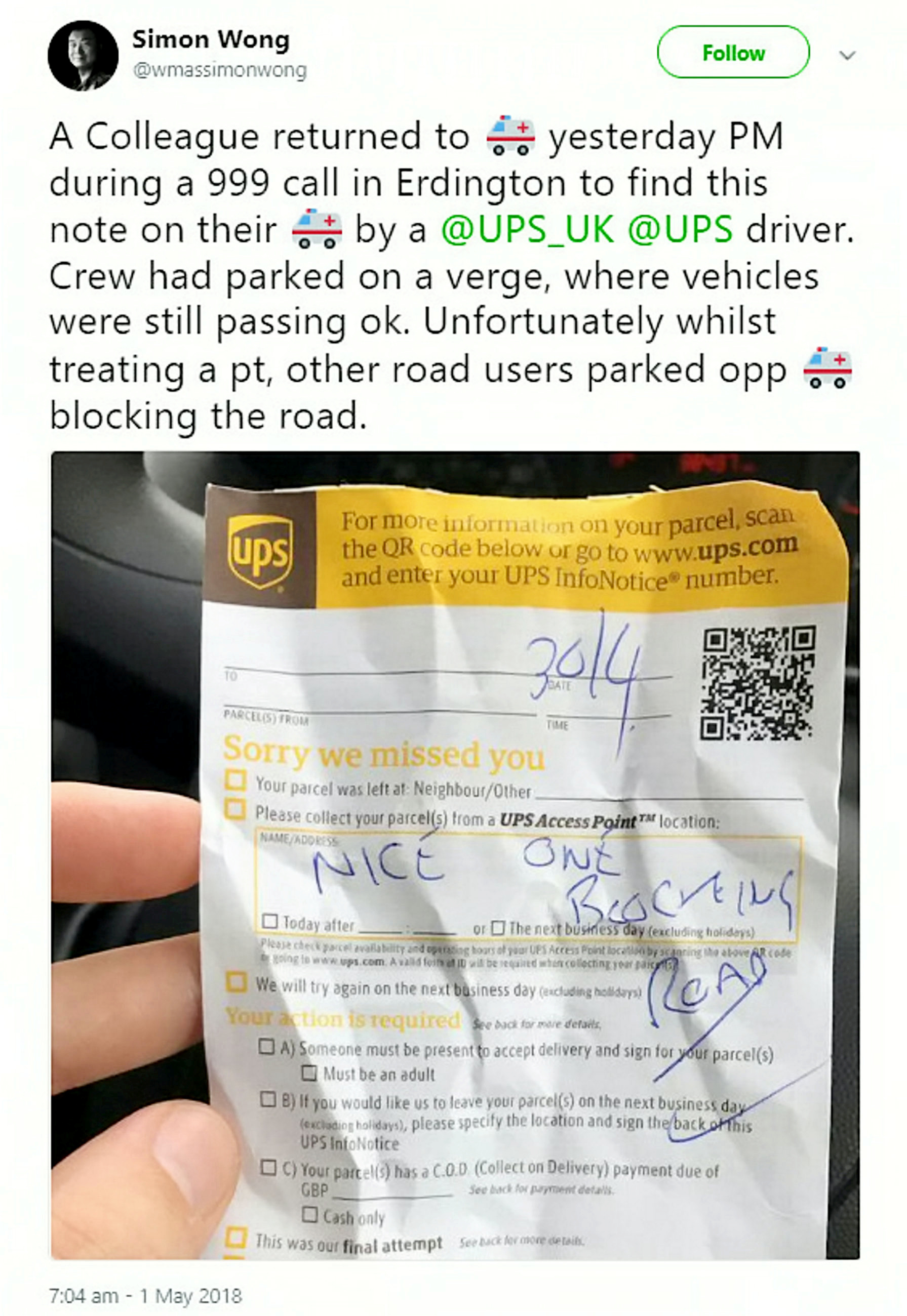 Two months prior to that, teaching assistant Hassan Shabbir Ali, 27, also placed a note on a windscreen telling paramedics not to “block my driveway” in Birmingham.

Written in capital letters, it read: “You may be saving lives, but don’t park your van in a stupid place and block my drive.”

The dad-of-one later apologised and said he had written the note in the “heat of the moment.”