A video grab of the moment that greyhound Charles shivered in absolute terror as he hears fireworks going off around his home in Hamilton, Scotland.

A furious dog owner has shared this heartbreaking video of her pooch shaking uncontrollably on the floor after she was spooked – by “bomb-like” fireworks.

Fiona MacFarlane, 37, filmed greyhound Charles shivering with fear in a heap on her kitchen floor after he heard bangs outside their home.

The 10-year-old rescue dogs hates fireworks and suffers this extreme reaction despite medication, aromatherapy oils, therapy and even earmuffs.

Desperate Fiona, from Hamilton, Scotland, “loves fireworks” but is calling on people to only let them off on November 5 – not weeks either side. 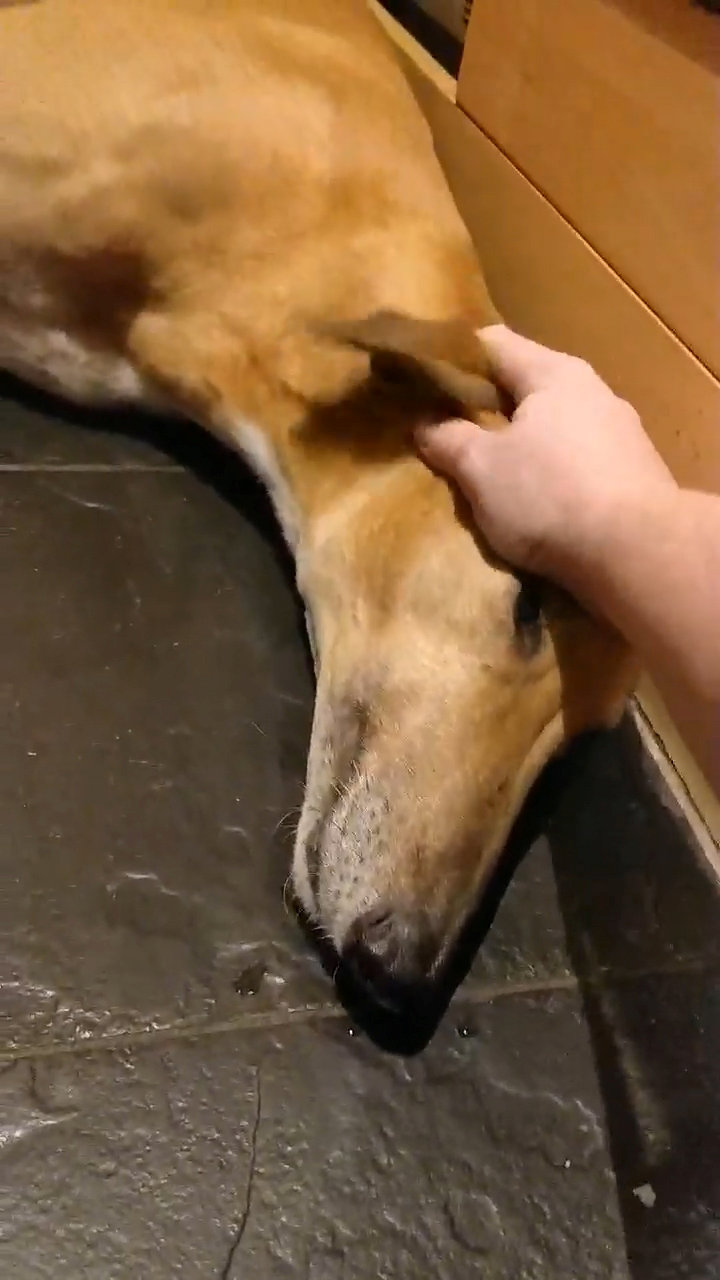 Her tear-jerking video was posted on Facebook where it has been shared 11,000 times by worried dog lovers.

Married Fiona, said: “He’s an ex racer who was left abandoned in 2011 and probably spent a bonfire night sleeping rough before he was found in the December.

“I don’t expect to ‘cure’ him, but I hope to help manage his anxiety, which is surprisingly easy to do on November 5 – not so much on the random nights across the preceding weeks.

“I don’t want a ban. I enjoy a display, but I would like to see them kept only for bonfire night, and a restriction on the noise levels of the ones available to the public – especially in built up areas.

“I just hoped this video would raise a bit of awareness of how it affects a pet, never mind wildlife.

“I can’t move him when he gets like this – he’s 36kg – but his bed was next to him and I covered him with a blanket.” 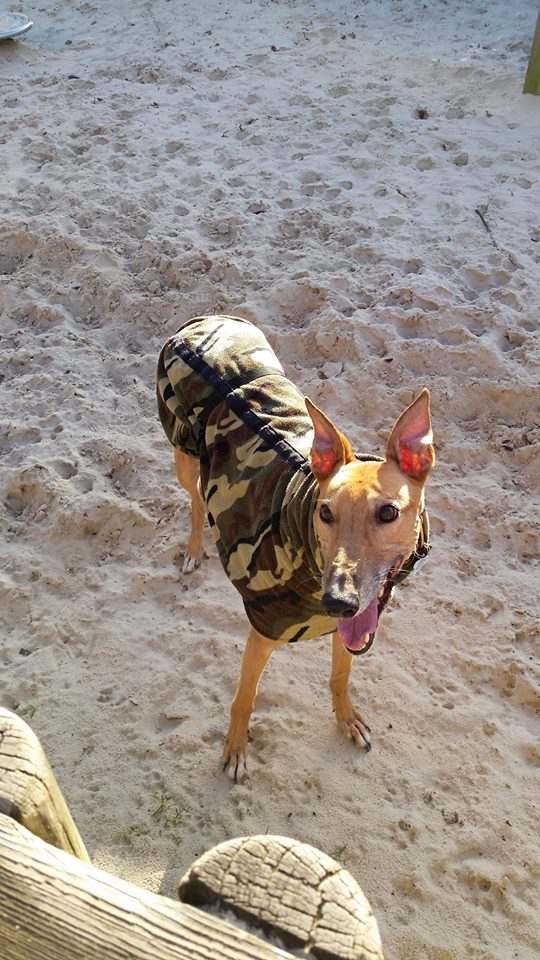 Fiona and husband Andrew, 39, got Charles in 2011, and every bonfire night he goes to stay with friends in the countryside.

Fiona, who has a beauty business, said pets can be sedated – but that this is not an option for weeks on end. 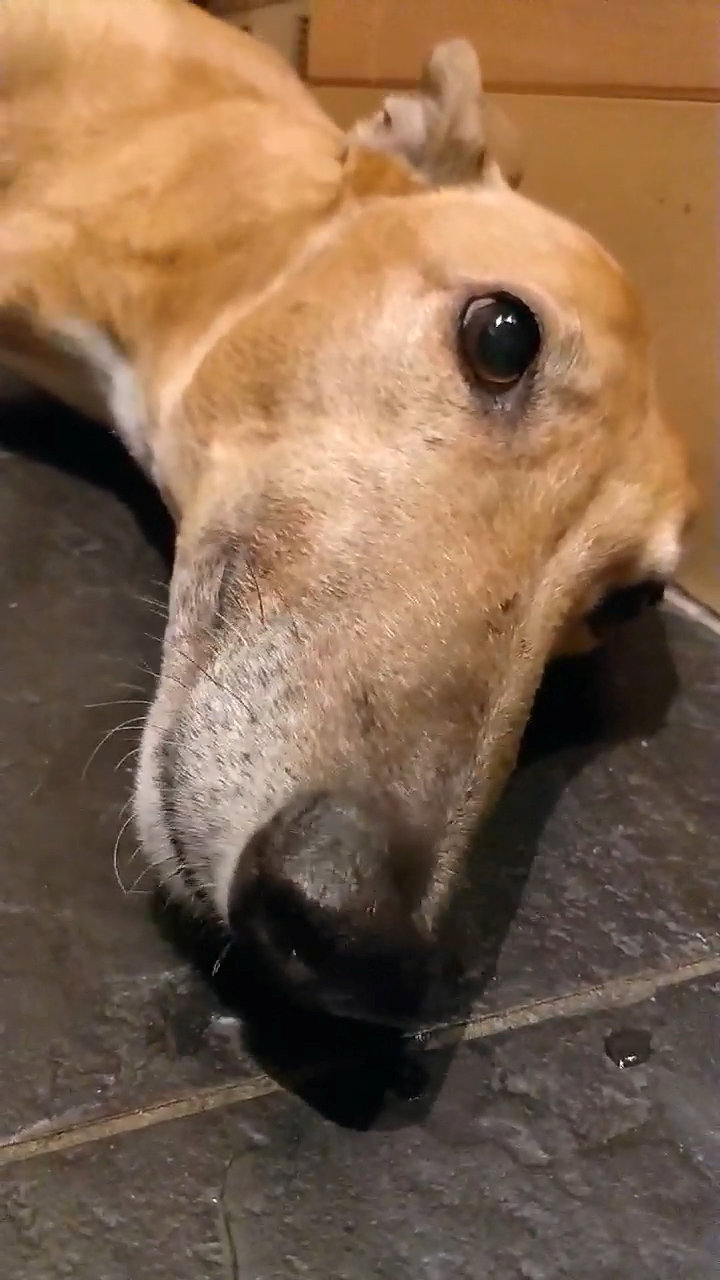 During the harrowing 30-second clip, Charlie can be seen shaking on his on the kitchen floor – his favourite spot – in a panic.

He is drooling and his heart is beating rapidly, and Fiona tried to comfort him, but nothing helps.

She said she had to sit by his side while he calmed down enough to move to his bed.