Eloise Du Lart, 24, from Stratford upon Avon in Warwickshire has survived Orthorexia, which is a rare eating disorder that made her obsessed with healthy eating, to the point her body wasn't getting the nutrition it needed to survive and led to physical health problems.

A healthy food blogger has told how she almost died after becoming obsessed with dieting and posting pictures of her dishes on Instagram.

She posted dozens of pictures of her healthy creations on Instagram and commanded a following of thousands of fans.

But she became ill because she failed to eat her dishes, which were usually inedible after she had spent hours taking the perfect picture and posting them online.

The athletic fanatic finally changed her lifestyle after she hurt her back while training and discovered her bones were brittle because she was malnourished.

She contacted a dietician who examined her fitness regime and her eating habits and discovered she had orthorexia – an obsession with eating healthy food.

Eloise, from Stratford-upon-Avon, Warks., is now using her own experience to warn other young people about the dangers of being obsessed with “perfection”.

She said: “When I went to university I had convinced myself to start getting healthier, I searched online for diets and methods that could help me.

“I found out about these superfoods and vegan proteins online through health bloggers and other sites.

“For breakfast I would eat something I called ‘proats’ which was oats with some added vegan protein in and other super foods.

“It was my obsession to be perfect that led me down this road, I even made each dish look prefect to take pictures of and post on social media.

“By the time I actually got round to eat the dish it was inedible, either it had gone cold or had congealed so I was posting these amazing pictures but not eating.

“I would eat for lunch sprouted green bread, avocado and vegan protein, and for dinner it was rice or fish, it was pretty much a stripped back diet.

“But I guess it became so normal to me that I completely ignored the taste and focused on the thought it was helping me.

“After I dropped to such a low weight and was hospitalised after injuring myself I realised I wasn’t actually healthy at all.

“My bones were weak because they weren’t getting the right nutrients but I just thought I must be fit because I was thin and my Instagram pictures looked so good.

“I contacted dietician Renee McGregor and she was blunt and didn’t beat around the bush, which I liked.

“She told me I had orthorexia, I had to stop working out and eat a more balanced diet. I felt hopeless and lost, it made me realise I knew nothing.

“It was hard to change something you believe in for the last two to three years and put your complete trust in someone you just met.

“She told me to start again and go back to the basics, so veg, fruit, protein, carbs and sugar, things that normal people eat.

“It looked normal on the outside but I didn’t realise my body on the inside was screaming for help.

“When I changed diet I started to train again but felt tired at first but over time I felt better and my body got stronger.

“My friends and family have said I look healthier and I feel it too, I’m much happier and have more energy than I did before.”

Eloise is now nine stone and is training for her first season as a professional triathlete.

She said: “I feel a million times better, I have less injuries and feel more relaxed. 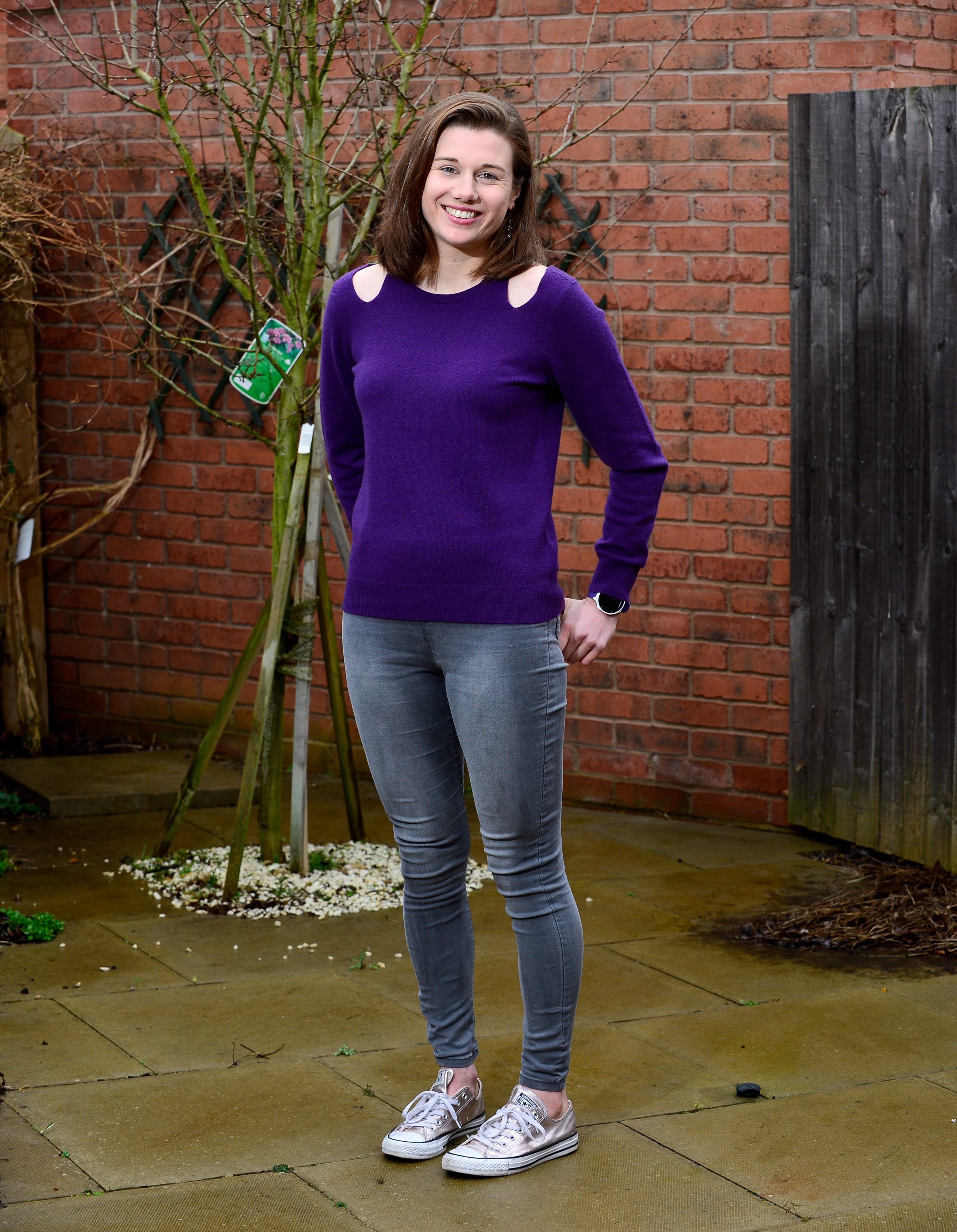 “I’m now 60kg and going pro, I’ve got some competitions coming up which I’m really looking forward too.

“It often takes you to reach rock bottom for you to change.

“I would say to people who have the same belief I did, why can’t you have a piece of chocolate it’s not going to be unhealthy.

“If you want a piece of cake then have it, if you don’t then don’t.

“You need a wholesome diet, you can eat like normal people but it’s all about moderation.”