Hattie the fatty who lives at an animal rescue centre where staff are asking members of the public to donate money - so they can give Hattie a tummy tuck.

Meet the real hot dog – Britain’s fattest pooch who swelled after she was given a diet of BURGERS.

The obese canine nicknamed ‘Hattie the Fattie’ looked like a pot-bellied pig according to rescue centre staff who took her in.

She hit the scales at more than 40kg and a fundraising campaign has now been launched to get her a tummy tuck.

The eight-year-old overweight dog has already lost 4kg but now needs an urgent operation to shed the extra weight.

Hattie arrived at Gables Farm Dogs and Cats home in Plymouth, Devon, in February and is already on a strict weight controlled diet with the aim of getting her down to 23kg.

And staff at the animal rescue centre are now urging the public to raise more than £1000 for the life-changing tummy tuck surgery to remove all of her excess skin.

The money would also be used for additional operations to widen her ear canals and treat her cataracts.

Hattie’s weight ballooned when she was not taken on any walks and fed a fast food diet of daily burgers.

She was initially rescued by the RSPCA before being handed over to the rescue centre.

Ruth Rickard, 51, who has worked at the centre for 10 years, said: “When I first saw Hattie I couldn’t believe it as she looked more like a pot bellied pig than a dog.

“I just knew we had to try and help her. I take her home with me at night so I can administer her insulin injections, which she tolerates very well.

“As the weight has started to come off we have found that she is very spirited and extremely loving, despite the fact we put her on a diet.

“She spends her days in our reception, keeping an eye on the staff and customers, and as we watch her gain confidence and lose weight it makes me proud that we are a genuine non euthanasia charity.”

A healthy female collie should weigh between 18 and 25kg, but Hattie is currently 36kg – the same weight as a small dear or two full bags of concrete.

Hattie is on a strictly controlled diet to lose the weight slowly and safely and, to date, she’s managed to shed 4kg. 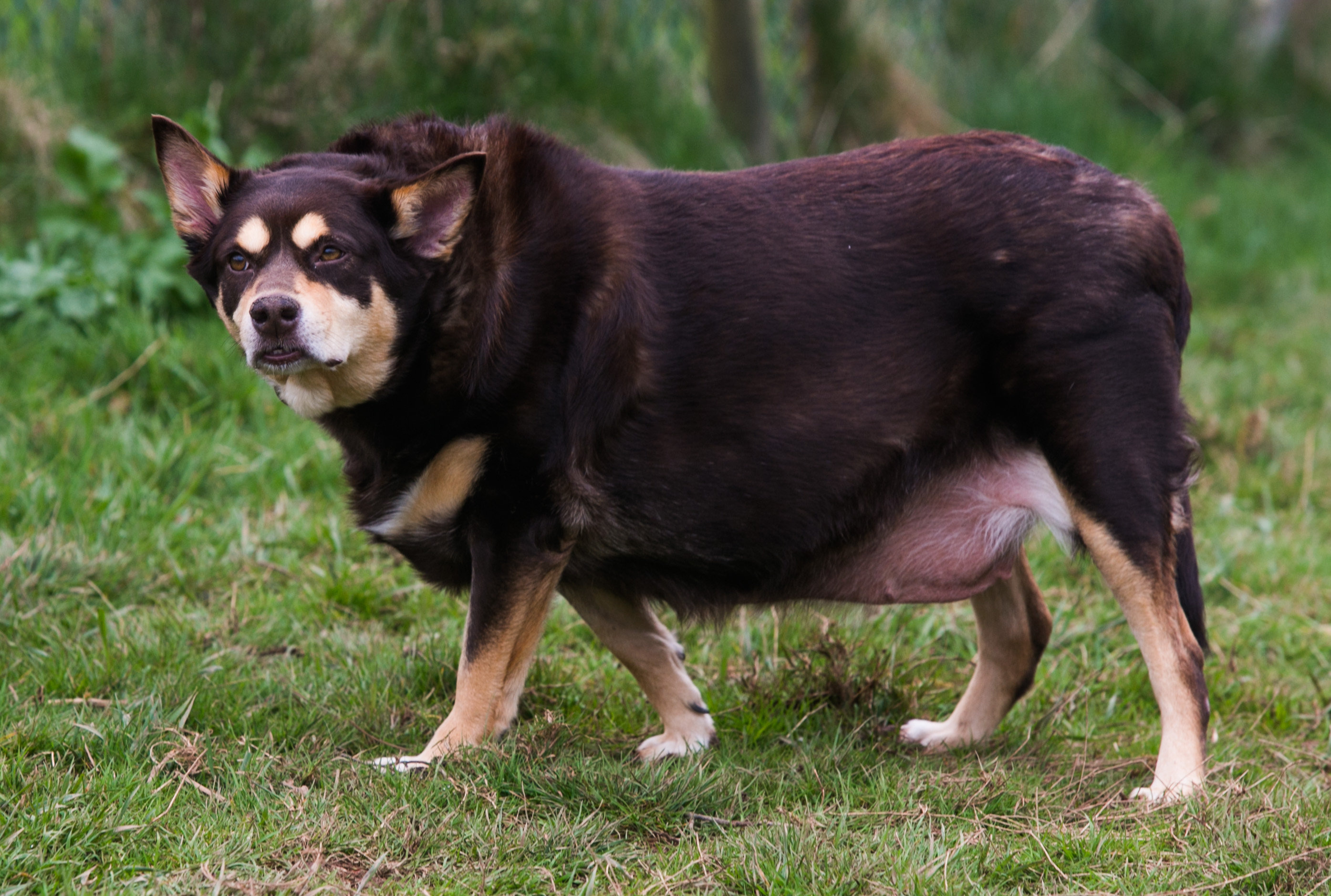 Ruth added: “We have seen some wrecked animals that we have found homes for after proper care, nutrition and TLC.

“I try to be positive. I’m aiming to get her down to about 23 kilos.

“We are trying to get her to go out four or five times a day.

“She was over 40kg, we’ve got the previous vet history – I don’t think the owner was very well.

“She’s only six years old. For a collie, she should be looking at a 15-year life expectancy.”

Ruth revealed that when she successfully loses her weight, Hattie will need to have a tummy tuck to remove the excess skin she will be left with.

Hattie’s ongoing medical treatments and procedures that she will need once she has reached a safer weight are expected to cost the home in excess of £1,200.

Now they have launched a Just Giving page, and they only have five days left to raise the cash.

Ruth added: “She’s quite a character, she so deserves the public to get behind her.

“Since she started losing weight, she’s changed – it was like she had no real enjoyment of life before and was just existing.

“Because she was fed fatty human food like burgers, she put on so much weight.

“It caused diabetes and cataracts.

“I looked at her and thought she looked like a pot bellied pig. It is so wrong.

“It is because of her fatness. She is carrying so much weight.

“Her muscles are quite wasted as she hasn’t been walked.

“She came to us from the Exeter area, from the RSPCA aswe help them with cases.

““We’ve tried to turn her life around. She’s cheerful and happy now.”