A Harry Potter superfan took her love of the boy wizard to the next level – by having his face spray-painted on the front of her HOUSE.

The Potterhead’s home had a magical make-over this week after an international artist painted the teen wizard’s famous round glasses and lightening bolt scar onto the end-of-terrace house.

Watching over the street with electric blue eyes, the eye-catching mural was painted on the front of Denise Kerry’s end-of-terrace house on the Isle of Sheppey, Kent.

The 50-year-old volunteered her house after a Facebook appeal by Sara Sugarman, a BAFTA-winning actress, who was asked by an artist friend to help her look for her next project.

California-based Jules Muck, known as Muck Rock, said she had heard Denise was a huge Harry Potter fan and the idea ‘just popped into her head’.

Mum Denise, who has lived in the house for 30 years, said: “It is amazing and just what I wanted.

“I will now have to rename my house Hogwarts.”

Muck, who has painted for Foo Fighters rocker Dave Grohl and singer Englebert Humperdinct, said: “There were a few different options but this house picked me.

“It had its own face.

“And as soon as I learned Denise was a huge Harry Potter fan, the idea of painting him on her wall with his glasses just popped into my head.

“I had always wanted to visit Sheppey because my mother’s relatives lived on the Island.

“I usually have big budget projects at home but when I’m on vacation this is a fun way to meet people.

“When I’m gone, there’s something of me left behind. It’s like I’m still having a conversation with them, even after I have left.

“It’s such an honour to meet these wonderful folk who let me express myself on their home.”

The night before, she created a tribute to the late soul singer Aretha Franklin in Shoreditch.

After painting Harry Potter, she went on to make a second graffiti of two rabbits in an alley in St George’s Avenue, Sheerness.

But her work has sparked a debate online, as locals argue whether the murals are art or vandalism.

Jenny Lovell dismissed it as “Awful” while another user, Andy Roscow, said: “Made me smile. Blank brick walls don’t do that.”

Sherbet Pip wrote: “I personally like the art but I can’t see the council accepting it. It will possibly affect the neighbours’ property values.”

DaveT added: “I’d be interested to know what this has done to the value of the property?

“Is it a case of ‘where there’s Muck there’s money’? Or will it knock 10 grand off the asking price?

“If the latter applies, can it be washed off?” 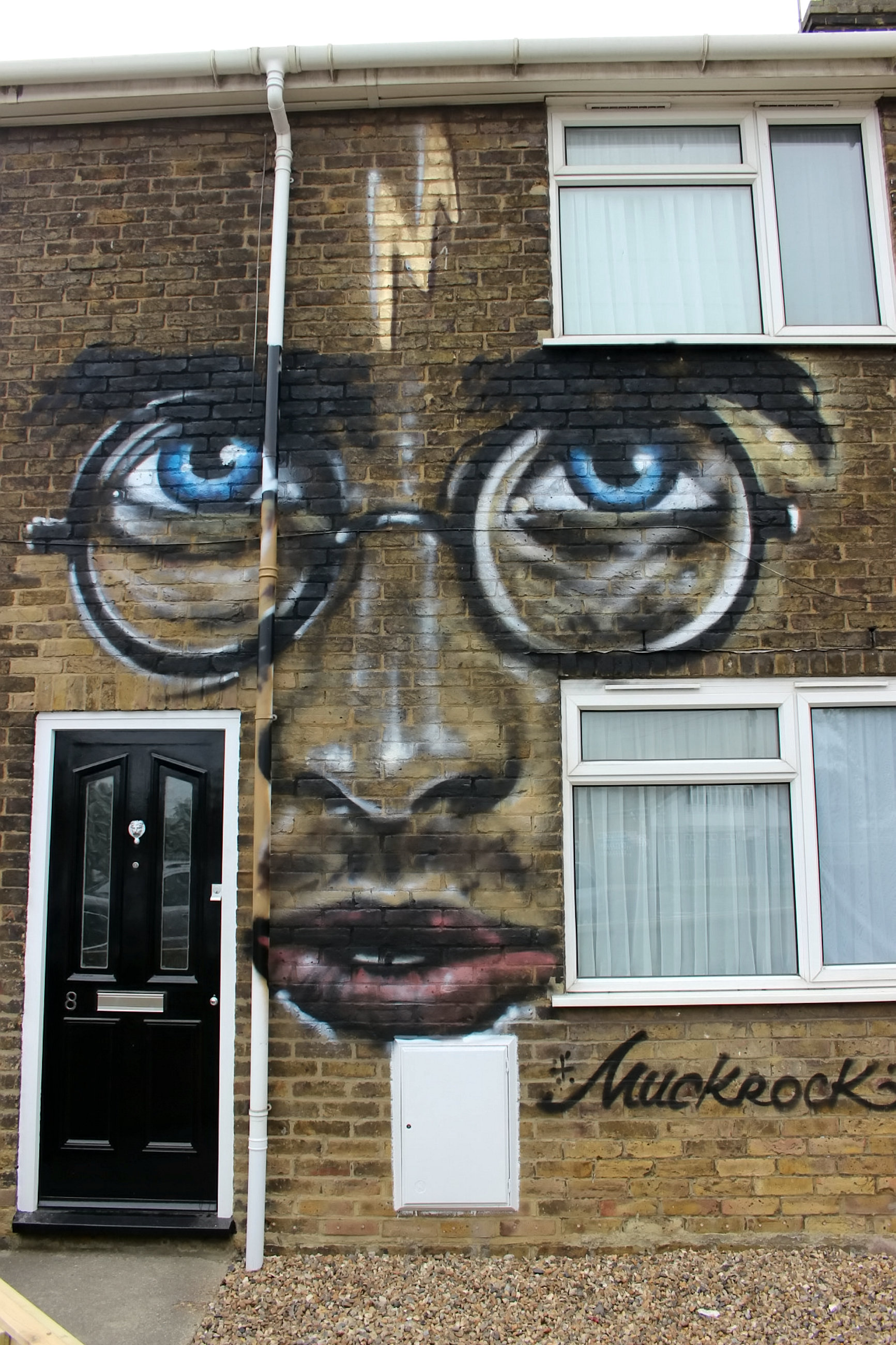 Welsh-born Sara Sugarman, who was once married to David Thewlis, who played Remus Lupin in the Harry Potter films, bought a home on the Island two years ago.

She starred in the children’s ITV series Streetwise with Andy Serkis before moving to Hollywood and directing Disney’s comedy musical Confessions of a Teenage Drama Queen movie starring Lindsay Lohan.