Oliver Weatherall 22 who has such a severe peanut allergy that is does does not even kiss anyone. Farnham, Surrey.

A handsome young man is too scared to kiss anyone, because he might die – if they have eaten peanuts.

Oliver Weatherall is so allergic to peanuts that he could be in serious trouble if he were to snog somebody that had eaten nuts that day – even a couple of peanut M&Ms.

Oli, 22, has to be meticulous about who he comes into contact with for more than a decade.

The student has to be so careful he can’t even give somebody a peck on the cheek without checking first what they had eaten.

Oli, from Farnham, Surrey, said: “There have been people who have died kissing their other half.

“It is something that can kill you and it is not worth the risk.

“Something that is meant to be enjoyable and nice is made not to be because it is like eating something that you don’t know what is in it.

“It becomes something that is a very high risk thing, which is just ridiculous, but I just don’t do it to have peace of mind.

“It is not as simple as asking ‘have you eaten a peanut?’ or ‘have you had a Chinese or an Indian?’

“It could even be some one who has kissed someone and I would have to check with them.

“People without allergies won’t necessarily think to tell you.”

The good-looking lad was diagnosed with a severe peanut allergy at the age of 13 after he tucked into a slice of buttered toast and his entire body broke out in hives – because the knife had been used to spread peanut butter before being cleaned.

He said: “When that happened, I had absolutely no idea I was allergic to peanuts so it was extremely scary.”

His allergy is so severe, he has to steer clear of knives that have been used to spread peanut butter, even after they are washed, because he could go into anaphilaxic shock.

The business student has walked out of restaurants where he felt unsafe and hasn’t eaten out for more than a year because he finds it too stressful. 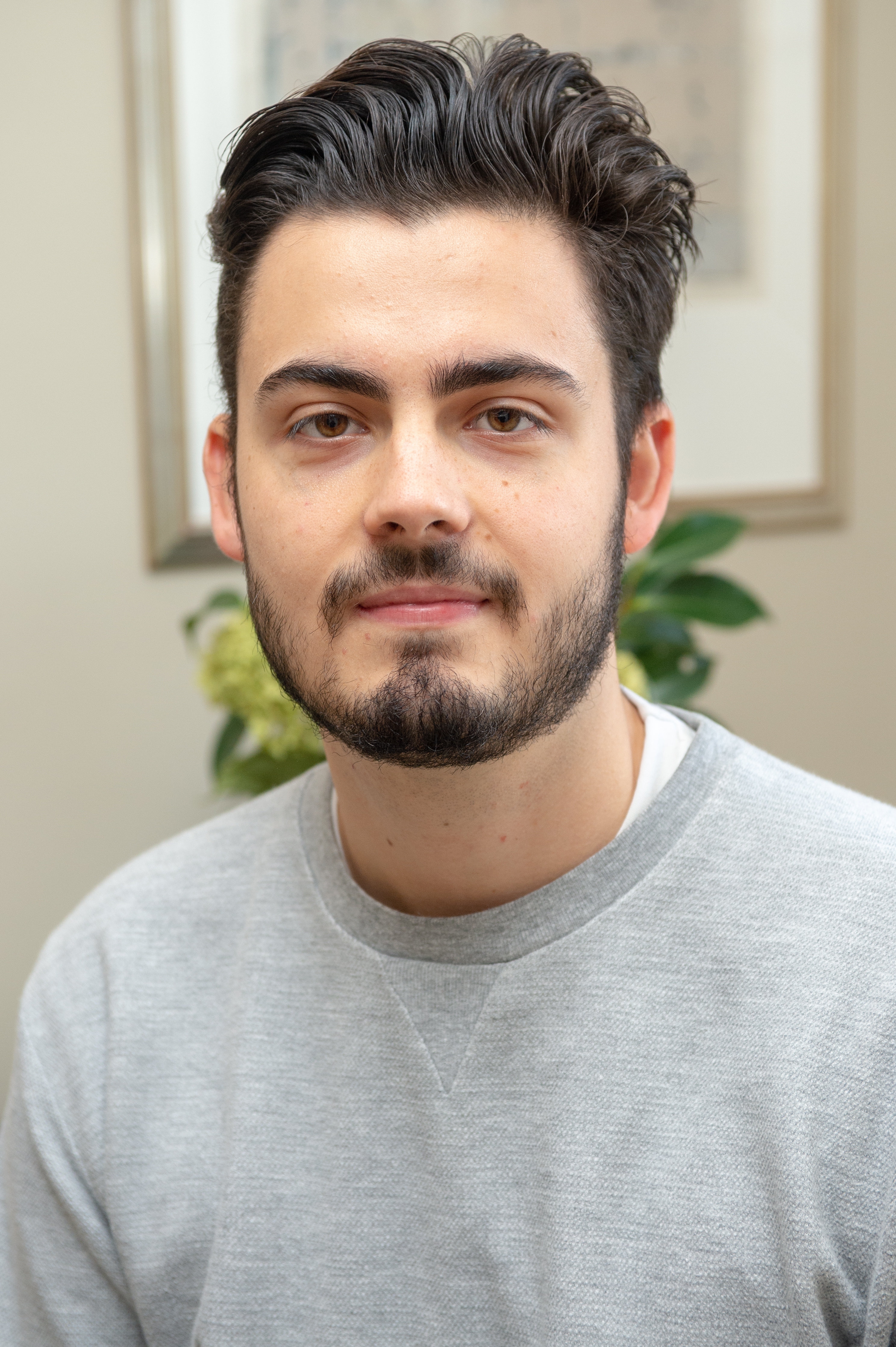 Oli said: “At meal times, you are at real risk of dying just from food.

“If the staff aren’t knowledgeable, I am not willing to put my life in their hands.

“At restaurants, you can tell quite quickly if people are clued up about allergens or not – often people think nuts and peanuts are the same for example, but they are not.

“And if there is a language barrier, things can get lost in translation.

“Also if I think a product might be unsafe, I will check if the company sells any products that contain peanuts and if they do, I won’t buy it.

“I have learnt to trust my intuition.”

In July, he suffered another life-threatening reaction after he was splashed with beer at a pub while watching England play Croatia in the World Cup semifinal.

The footie fan was rushed to hospital and said his anaphylaxis was probably caused by the drinks thrown at him by the jubilant pub crowd when England scored.

Oli said: “I didn’t feel right and I felt tingling in my lips.

“I walked home – which you shouldn’t do because exercise can worsen the reaction – but I just thought I needed to get to my dad.”

He injected his epipen into his upper outer thigh while his dad phoned an ambulance and he was taken to the hospital’s resuscitation ward where doctors monitored his heart rate.

Oli is also allergic to sesame, sulphites and coconut and has to steer clear of student favourites such as humus, cider, wine and Asian foods fried in peanut oil.

He has had more than 15 allergic reactions, some so severe he has had to monitor himself for days after being rushed into A&E in case he has a repeat episode.

At the first sign of a reaction, when his lips feel tingly, he takes antihistamine and steroids and keeps an eye on his symptoms. 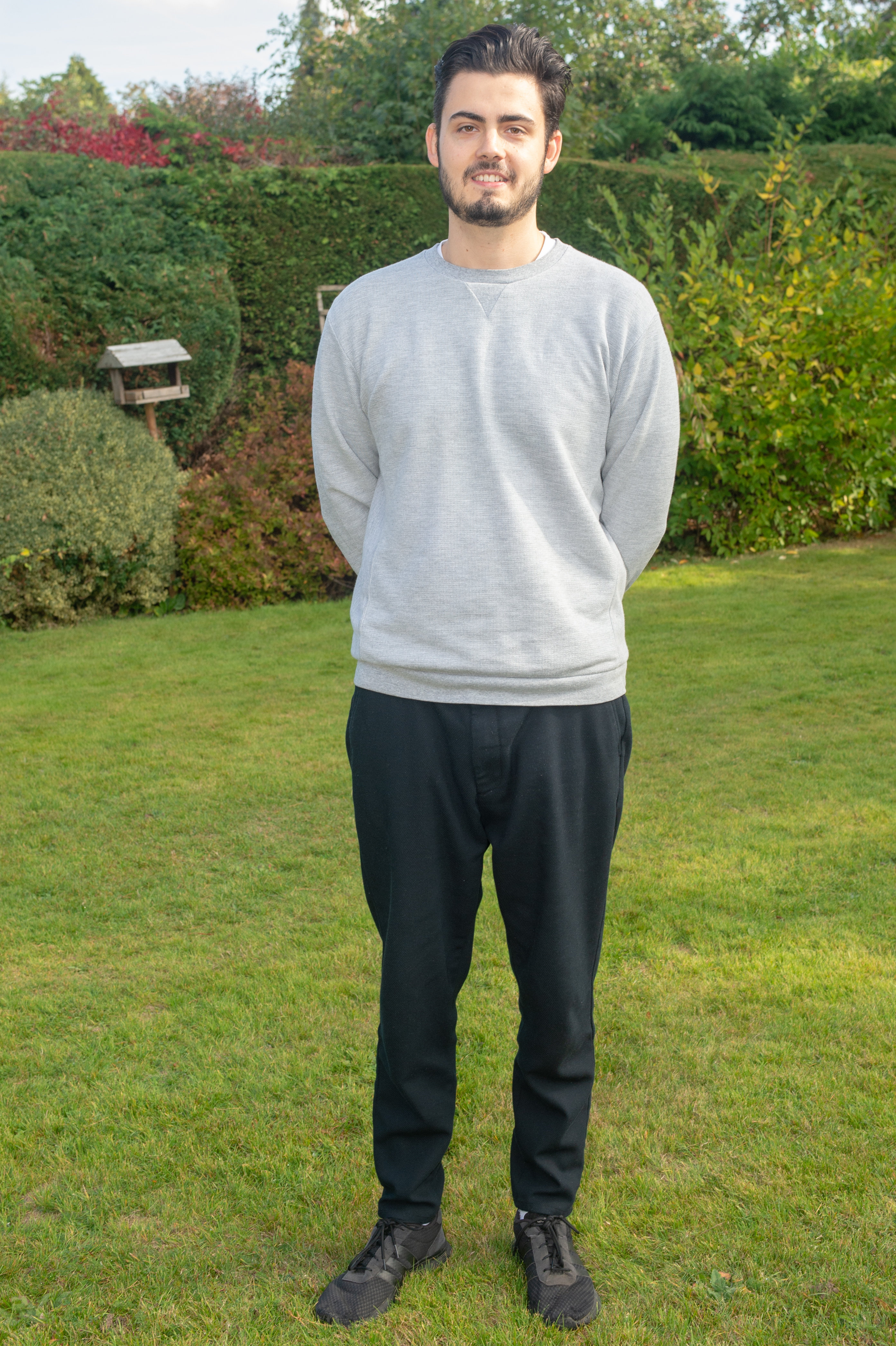 He said: “You have to be as calm as possible which is obviously so hard because when you are in that scenario you are panicking.

“When your breathing is compromised, you have to act fast.

“You have to take action in a small window of time and decipher if you are panicking or your reaction is getting worse and make that call.”

Oli is vegan and launched his own Instagram page – Free From Fourteen Vegan – full of useful recipes which avoid all of the EU’s 14 major food allergens and animal products.

He started the side hustle after his fear of eating out led him to become a seasoned home cook and also hopes to write a recipe book and help as many people as possible living with severe allergies.

Oli said: “I am really putting all my energy into that at the moment.

“I found with certain recipes, I couldn’t use them because they had allergens in them and I could not find an appropriate replacement and replicate it.

“I thought why don’t I remove all the main 14 food allergens and then the large majority of people will be able to use my recipes without having to replace the ingredients.

“They are recipes for everyone and you can cook meals that are good for you, animals and the environment at the same time.”

Oli is taking a year out from his business management and marketing degree at Exeter University while he focuses on developing his new business.

The young entrepreneur also participated in a study by the Food Standards Agency (FSA) and participated in their Easy to Ask allergy awareness campaign which encourages people to ask about allergens.

Only half of participants said they always pack their medication before eating out and check online menus for allergen information before choosing what to eat and only one in seven said they feel extremely confident asking for it in general.